Filling an empty glass box with water offers a surprising amount of excitement for the new aquarist, but it doesn’t compare to the enjoyment of adding your first few fish.

As ever, there is planning to do before taking a trip to a local aquatics shop and buying fish. Most importantly, your aquarium should be matured by completing a fish-less cycle, or you should have some mature bio-media ready, or recently added.

For more on these methods, see: www.practicalfishkeeping.co.uk/beginners-hub/getting-your-first-aquarium-fit-for-keeping-fish/ 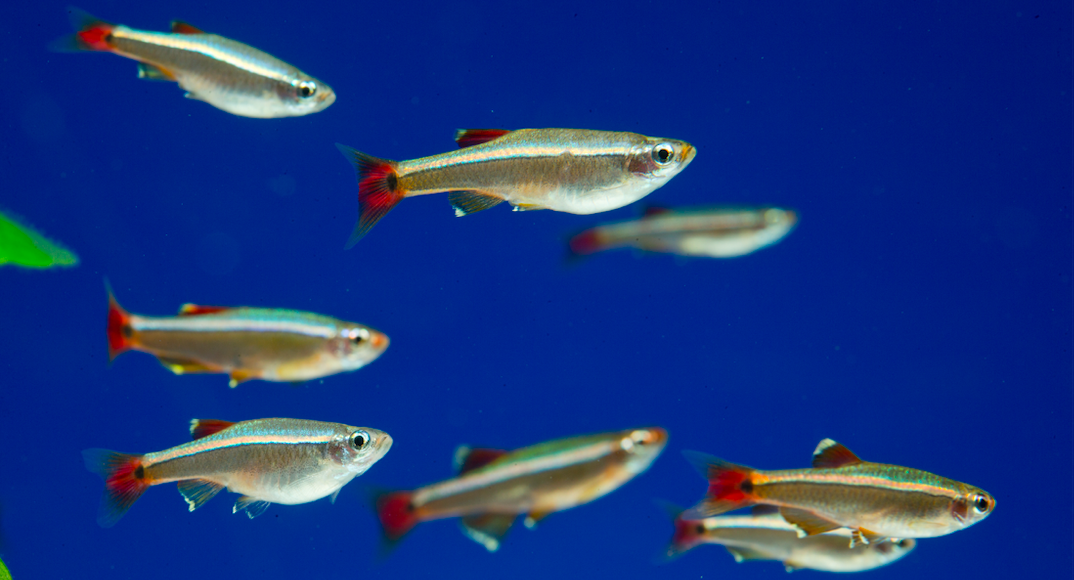 Image above: White Cloud Mountain minnows are a popular choice

The best first fish for you depends on a few variables. The most significant variable is your water source. Mains tap water is obviously the most common source, but some will be using water from a bore-hole or maybe rainwater.

Whatever the source, you need to know it’s make-up. Water hardness is of most concern when it comes to fish selection. Hardness refers to the volume of dissolved minerals in any given sample of water. Most of the UK is subject to moderately hard tap water, but it could be super hard or soft, depending on where you live.

For more on what hardness is, see: www.practicalfishkeeping.co.uk/features/frequently-asked-questions-on-lowering-hardness/ 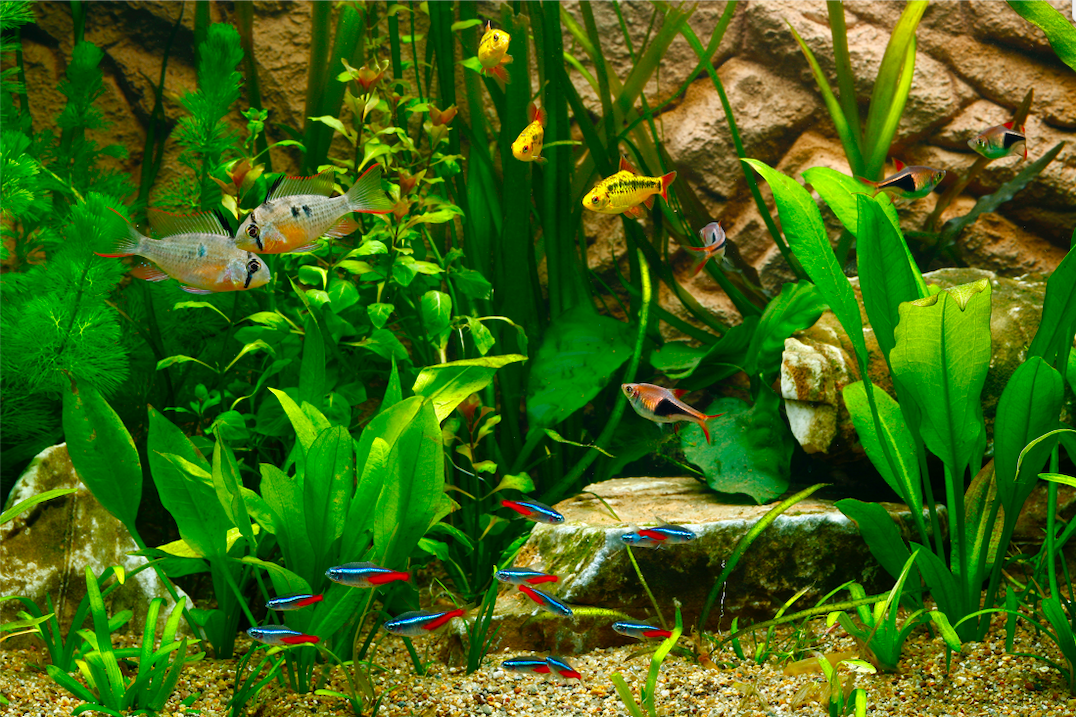 As a beginner with hard, or moderately hard tap water, it is advisable to research fish which will suit your conditions – softening hard water is not in a beginners remit. Don’t worry; you have plenty of options still!

If you have soft or softish tap water, you have more options. Soft water fish will be suitable and advisable (as soft, acidic water renders ammonia less harmful – in the form of ammonium). Still, if you prefer hard water fish, it’s simple to add extra hardness with commercial buffering products.

The next variable is how you mature the aquarium. A big bonus of the fishless cycle is that you start with a mature aquarium, or as near to it as possible. This allows you to put a larger number of fish in initially, and you don’t have to stick to hardy species only.

Image above: A group of Danio tinwini

If you are adding mature bio-media, then only add a few fish initially. And make them hardy species, because there may be slightly elevated waste levels somewhere along the line, as you add more fish.

The following suggestions are based on a 60cm, 70ltr tank. I have avoided fish which may breed easily and over-fill an aquarium, and fish such as loach and catfish, which often require a more ‘lived-in’, mature tank. All the following fish are peaceful, quite easy to obtain and simple to feed with prepared foods.

Other neutral to hardwater fish:

These are by no way exhaustive lists. Though many aquarists and shops will suggest that many soft water fish will adapt happily to harder conditions (especially farmed fish), do they have evidence for this? It is highly possible that, when kept in hard water  conditions, excess minerals are slowly causeing biological stress (alkalosis).

For the best health, fish should be kept in the conditions they have naturally adapted to. Keeping hard water species in soft water is far more harmful, or let's say, more quickly harmful at least.