Curious shapes can make for amazing projects, as one Cambridge-based aquarist discovered. Here’s how he made the most of an unheated, novel set up…

Not so long ago, I was at university, where I spent a lot of time ignoring my reading lists on Latin American politics, the social legacy of the civil war in El Salvador and the informal market economy of Brazil, and instead immersed myself into the aquatic works of Peter W. Scott, J. Tullock, Takashi Amano, Dr. Axelrod, and of course Practical Fishkeeping!

At that time, I had neither the money nor space for a big planted tank. My flatmates weren’t keen on additional energy bills and the market for nano tanks hadn’t become as developed as it is now. But then I came across an article by George Farmer, showcasing a simple but beautiful White Cloud Mountain minnow, Tanichthys albonubes, biotope.

I immediately set about recreating his idea, and made several visits to my local fish shop, the venerable Arundel Aviaries & Fisheries Ltd. Despite the rows of colourful tanks full of plants, mosses and exotic fish, I purchased a straightforward 60 l/13 gal tank kit plus external filter, sand and gravel. I collected river pebbles from the Hampshire countryside and after cycling the tank, I bought ten White Clouds. It was a joy to watch them play in the flow and it gave me the fish fix I needed to get through university.

Several years and many tanks, biotopes and experimental set-ups later, I acquired a secondhand tank from a neighbour at home in Cambridge. It had a volume of 225 l/50 gal, was just over 240cm/8ft long, but only 30cm/12in high and wide. 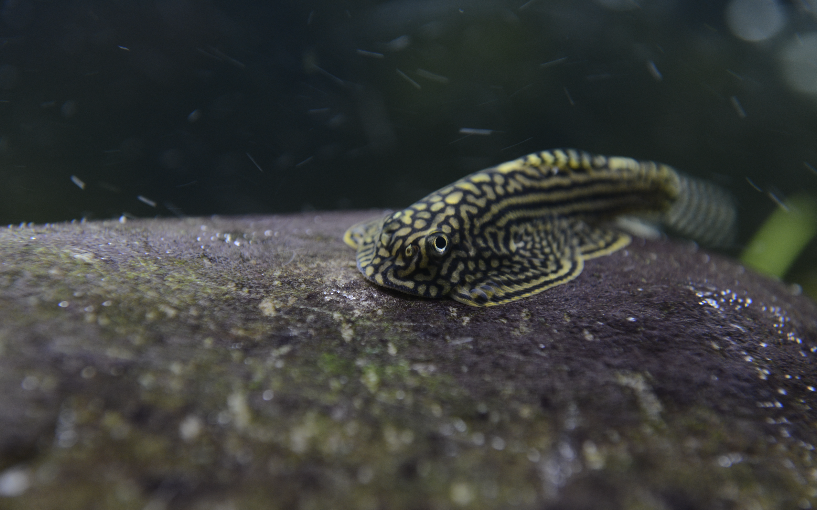 In went play sand, gravel and river stones, along with circulation pumps, air pumps and the hardy plant, Sagittaria subulata. A population of Amano shrimp was added to the tank, happy to browse on the forming algae, and I added a school of Pearl danios, Brachydanio albolineata. Later, they were joined by eight juvenile Giant danios, Devario aequipinnatus. The tank really came into its own at that point; the fish schooled, swarmed and swayed in the current, they danced through the streams of bubbles and appeared very happy and healthy. 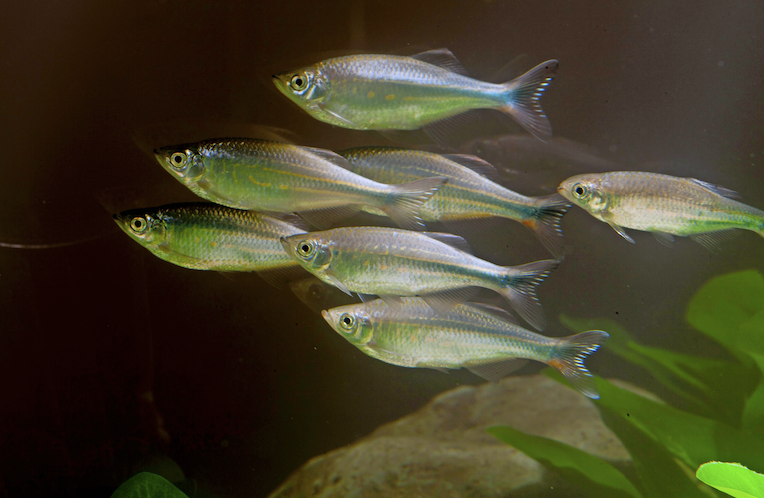 After waiting for the rocks to become fully smothered in algae I added three Borneo hillstream loaches, Gastromyzon ctenocephalus and a few weeks later I made a visit to Kesgrave Tropicals near Ipswich, where I acquired another three, plus six Vietnamese/Goldring hillstream loaches, Sewellia lineolata. I also acquired six gobies, listed as Rhinogobius wui but which may have been a mix of species of the R. duospilis complex. 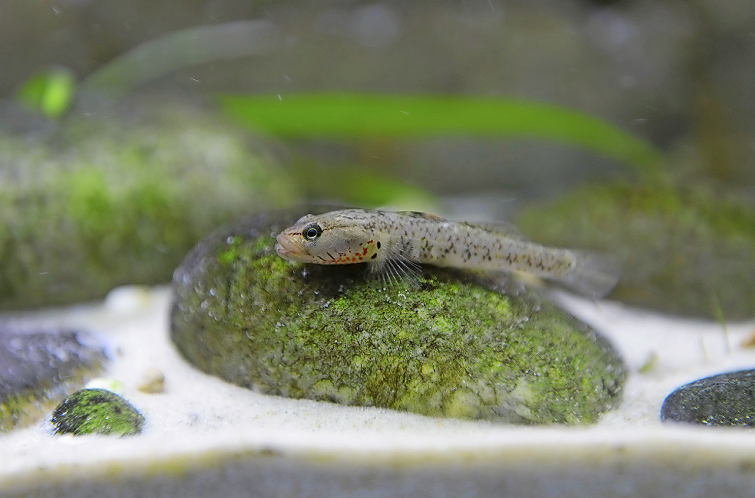 The danios provided constant movement, the loaches would glide over the rocks and engage occasional disputes over who got to sit on which pebble, and the gobies provided endless interest, flitting about the tank, displaying to each other. During feeding times, they would race up to tear chunks out of frozen foods, more than holding their own with the danios. The tank was lively, with activity at all levels and I could sit for hours, observing the fish behaving as they would in their natural environment. Maintenance was straightforward. Plenty of algae was encouraged to grow on the rocks and back pane of the tank, and I cleaned only the front, although I was not too vigorous, so as to give the loaches a chance to graze first.

Water changes were 10% weekly and a large Aquamanta 600 external filter provided a flow rate of 2200 l per hour. My local tapwater is hard, about 7.5pH, perfect for the species I was keeping. All Pond Solution circulation pumps at each end of the tank (including a 12,000 lph pump) dispersed bubbles from a TetraTec 400 air pump and ensured there were no dead spots within the tank. Apart from water changes, the only regular job was to syphon the top layer of sand and remove any detritus, such as leaves, that might be clinging to the circulation pumps. 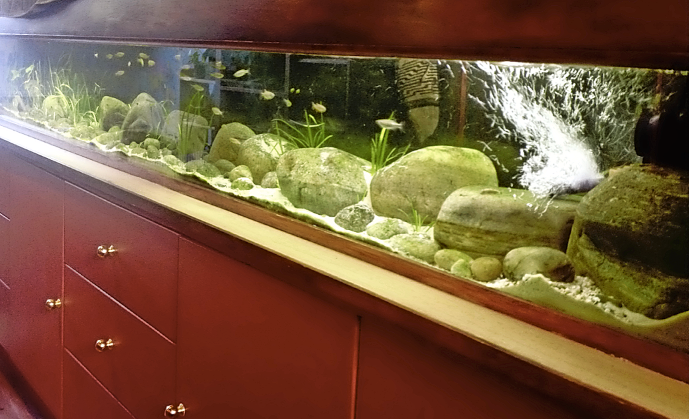 A number of rapids-style biotopes can be recreated, from Central African rapids for Blockhead cichlids (though heated), to Burmese mountain streams for danios and loaches and even Andean whitewater set-ups for several Loricarid species. Tanks don’t need to be huge, lighting doesn’t need to be too strong without plants (though it promotes algae and biofilm growth) and simple LEDs provide fantastic rippling effects in the water movement. However, flow and oxygenation are very important.

Some aquarists may want to try to build a river manifold, which is an excellent way of circulating water the length of the tank. These can be built relatively cheaply from PVC piping, with the main expense being the powerheads required. In these difficult financial times, with high student fees and rising living costs, the unheated or temperate aquarium can provide a cost efficient, yet fascinating project, either as a first time tank for a beginner, or for a more experienced hobbyist. You can also go the other way and invest in a Maxspect Gyre if you want to create a real torrent!

Although a mid-sized system and unusually shaped, it was the simplest tank I have set up since that little 60 l aquarium in my room at university and I would strongly encourage every aquarist to give an unheated aquarium a go. There are plenty of loach and goby species out there, along with White Clouds, Shiners, danios (including the beautiful Kerri and Choprae danios), barbs and even shrimp suitable for cooler water.

A number of tetras such as those from the Aphyocharax and Hyphessobrycon families will appreciate good flow and cool water too, along with interesting cool-water catfish such as Scleromystax species, so you can still get your South American fix! It was George Farmer’s simple little biotope that first got me excited about cool water and it took the advice of a fish-enthusiast friend to (eventually!) convince me. But now, as I sit back and look at over my own eight feet of mountain stream, I wonder how I could ever have done it differently.

See a video of this set-up below