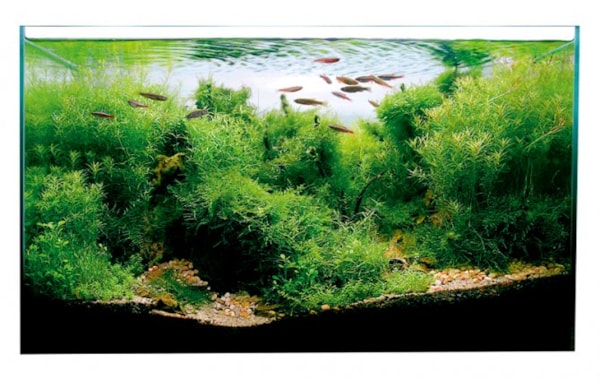 I have known Steven Chong for around five years, having first met him on an Internet tropical fish forum in 2003 when he was just 16. It was clear, even then, that Steven had a  passion and talent and I remember him giving my own aquariums welcomed and valuable critiques.

A couple of years later, Steven became quite notorious for not only creating very commendable aquascapes but for writing thought-provoking articles and threads on the ever popular Internet forums.

He wrote two of the best articles I have yet read on aquascaping — Aquascaping Philosophy 101 and 102 — which can be found on the Internet and I recommend them to anyone who takes their aquascaping seriously.

For me, this aquascape — Summer Mountains — represents ‘pure nature’. The extensive use of moss and Riccia, combined with the stem plants and clever open foreground areas, provide a very natural looking layout that looks like a scene from nature itself.

The complexities of the various textures combine brilliantly to convey an essence of the wild, but with enough restraint to maintain a pleasingly well-kept and composed aquascape.

This is Steven Chong’s style through and through, and in all his work I have seen attempts to re-create ‘mini landscapes’ that he has witnessed and from where he draws his inspiration.

When he travelled from Tokyo to visit the UK, we met and I took him to see the PFK office. He also became inspired by the natural scenery in my home village near Stamford, Lincolnshire. He tells me that he will create an aquascape based on his UK experiences, so I look forward to that! 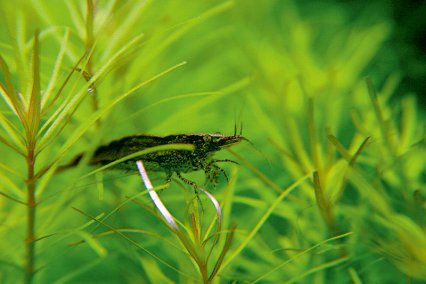 What inspired you to create this aquascape?

Natsu no Yama (Summer Mountains) was inspired by the mountainous areas of Japan which I saw while riding trains between cities two summers ago.â€¯ Funny that. I was going all over the place to look for inspiration, but found it on the rides getting there!â€¯

While looking from the window, there would be rice fields or towns and telephone poles in front of those mountains, places of people. It was beautiful that in such places nature was still in sight.â€¯

On misty, cloudy days, or in bright sunny ones, the sight of yellow and light green plumes of bamboo against a backdrop of green trees was simple, but splendid.

Will you be entering this aquascape into any contests?

Up until the very end of the aquascape I had a massive field of Riccia fluitans up in front with more moss sticks that became simply unmanageable and also not very attractive.â€¯

There was also quite a bit of discussion about this tank on the various forums, whether I was creative or just showcasing a big lump of moss.

I guess one of the things I learned from the experience is that you have just got to trust your own sense.â€¯ It's important to improve and it's important to listen to the advice given to you — but in the end you have to digest it and act in your own way.â€¯

We will see how the judges like this aquascape, as I have entered it this year into the ADA

As for the AGA contest, I am not really sure I am entering this year.â€¯In last year's ADA contest, Takashi Amano rated me higher than the Grand Champion, but Karen Randal gave me my very lowest score!â€¯ I digress though…

Did you encounter any problems with the aquascape?

Not especially, though this is looking back at a tank I did over a year ago.â€¯ I had the typical algae problems, but, by tackling them with patience, they went away. 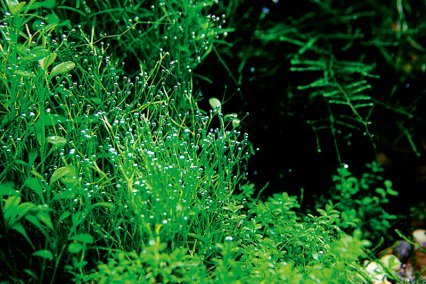 Name: Steven Chong — though, as living in Japan right now, I end up using my Japanese name, Toshio, more and more.

Location: Currently in Tokyo, but heading back to school in California soon.â€¯ I really want to somehow live in Kyoto or Osaka for a longer time.

Occupation: Student. Daigakusei seikatsu!â€¯ (The life of a college student!)

CO2: Pressurised system with glass/ceramic diffuser, one bubble per second.

Substrate: ADA Aqua Soil Amazonia; 5cm/2” in the mid to foreground to 15cm/6” deep at back. ADA Nile Sand in foreground with pea gravel for added texture.