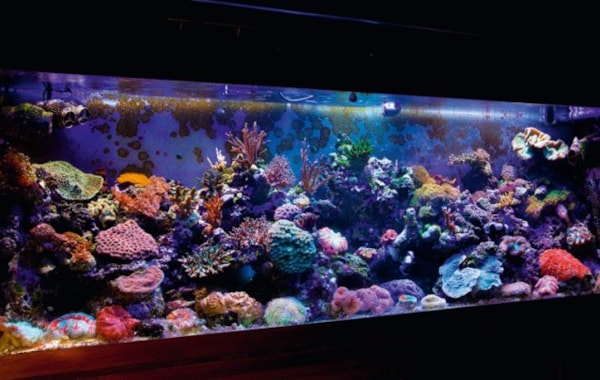 Are your corals so colourful because of your lighting, your methods, or is it down to the corals themselves?
All three factors are important. You have to start with corals with good coloration.

Water stability is a major factor, as is the right flow, and the right lighting helps you to see your corals at their best.

Why are LPS corals are becoming popular again?
I think a lot of people who were turning to reefing over the last few years had not been aware of them.

Everybody went for SPS coral tanks as they became easier to keep — so any newcomers followed suit.

Indonesia exports most coral to the UK and colourful LPS species such as Scolymia were banned a few years ago. Now Australia is shipping these in everybody seems interested again.

There isn’t any substrate in your tank. Why is this?
I left it substrate free as it means I have a much cleaner tank. I also have no worries about a future crash. 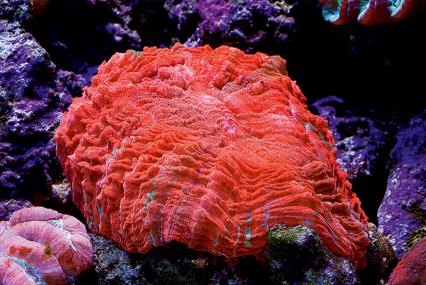 Some corals look quite young. Are they new or do you frag the ones that are already in there?
The tank is a mix of corals from a previous system of mine and some new frags of SPS. I make sure they are controlled to keep them in check.

This tank was put together 18 months ago, but the fish and some LPS corals are up to ten years old.

Do you have any other equipment or use any other methods?
I have a Dream Reef dual PO4/carbon reactor and a tank with breeding shrimps with eggs constantly flowing to the main tank for corals/fish to feed on.

I also keep a low KH that’s closer to natural seawater. I can do so because there’s so much water. It’s been stable at around 7.6 since taking off the calcium reactor a year ago. All other parameters are stable too, so I believe this is beneficial to the stock.

In previous systems, my KH was maintained at about 12, so I was shocked when the parameters of the tank stabilised so low. The system can drop in KH by 0.5 a day after a water change.

A slow drip-in of buffer through the night counters this movement, but this is the only time the buffer is used.

Kalk is dripped in the system overnight, helping maintain good available calcium levels for the corals.

Are any fish or corals on your wish list?
Bright yellow Lobophyllia. 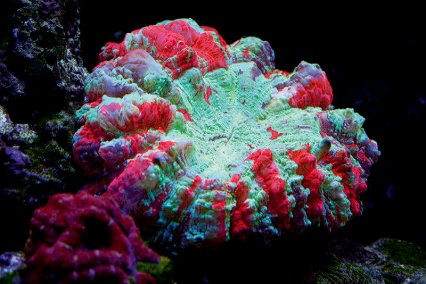 What plans do you have for this tank?
Just to watch it grow and add the occasional coral I just couldn’t bear to sell.

How did you turn your hobby into full time profession with Dream Reef?
I have kept fish since I was a boy. I tried all different types of tropicals and ended up with a fish house, breeding Discus among others.

I took a course in ichthyology and decided to look at the process of importing certain species of coral I could not find in the shops. That’s when I found out that most sought-after species were banned from being imported into the UK from Indonesia.

I found some Australian contacts who had CITES permits and have been importing from them ever since.

People were seeing some of the coral I was getting and asking where they could get one, or if they could buy mine. We now import from several countries and are constantly looking for new suppliers with something different.

We also build acrylic filtration. We have sold lots of custom-built systems to reefers as well as to several shops.

The reactors are built to customer spec — or we can design to any size.

A year ago we had so much work from importing and filtration systems that I left my other job and took on Dream Reef full time.

What we particularly like
In the left corner, on the substrate, John has created a biotope area for certain species of corals. The tank is substrate bare, apart from this area, and it is home to a Trachyphyllia, Catalaphyllia and Cynarina, complete with a Heteropsammia coral with worm living underneath it. That makes it mobile!

John says they live together in the wild so won’t sting each other, and the three larger corals keep the Heteropsammia to the sand, so it can’t walk off. 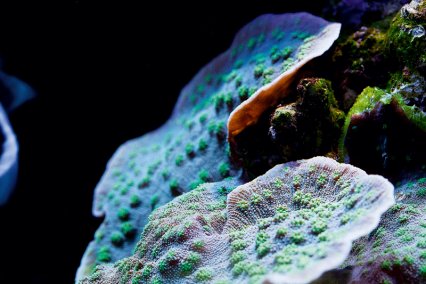 Why not check out some of the other fabulous reef tanks featured on the PFK website:

This item first appeared in the August 2010 issue of Practical Fishkeeping magazine. It may not be reproduced without written permission.