Jeff Cannons has transformed his garage into a fish house dedicated to a 2.1m/7ft masterpiece, which can be admired from the comfort of a cream leather sofa. The visual appeal is incredible and the interior very well presented — testament to Jeff’s skills as a self-employed painter and decorator.

Jeff has spent over 25 years as a fishkeeper and became interested because his grandfather kept tropical fish. Jeff’s first tank hosted Koi that soon outgrew their quarters, so he moved on to planted tanks with a selection of tetras and Firemouth cichlids, Thorichthys meeki. Moving on to the late 1990s, Jeff saw his first discus in a local retailer. The shop owner noticed Jeff looking and told him: "Don’t bother trying to keep them, you won’t succeed."

Undeterred, Jeff did some research and purchased his first discus; a pair of blue turks. Soon he was breeding his own fish and actually ended up selling discus back to the shop that had originally told him not to bother trying to keep them! 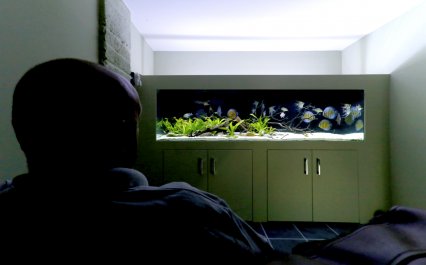 Jeff’s aquarium spans the entire width of the room and has been running for around five months.

The garage used to house ten smaller tanks, all dedicated to breeding discus, but after he injured his shoulder, the necessary water changes and other maintenance tasks became almost impossible.

So, Jeff decided to make the transition and go for one large display tank to house his favourite fish, along with other Amazonian inhabitants.

The cabinet was built by Jeff’s brother-in-law and, with its white colour and minimal styling, it looks very modern. It matches the interior decoration of Jeff’s garage perfectly.

At the rear of the garage sits Jeff’s large 1,350 l/300 gal per day reverse osmosis (RO) unit and maintenance equipment, all neatly plumbed in and very tidy. Under the cabinet sits the large sump. The outlets’ water return is adjusted via valves that adjust the overall flow rate and water circulation, with a maximum capacity of 5,000 l/1,111 gal per hour.

Jeff employs cover glasses that help to keep the heat in and also prevent any jumpers. The cover glass also supports two TMC AquaBar 1000 LED lamp strips that span the entire length of the aquarium. The lamps are not particularly bright over such a large aquarium, but this is ideal because Jeff’s fish prefer subdued lighting and the whole effect is more naturalistic.

The background is black, contrasting effectively with the white cabinet, silver sand, fish and planting. Jeff admits that his plants aren’t in the best condition, but this doesn’t detract from the overall impression. With no CO2 injection, relatively low light levels and no liquid or substrate fertilisers, the plants are actually doing pretty well. Jeff was soon to be attending a discus show in Germany, where he hoped to buy some Echinodorus mother plants and larger pieces of wood, which will add more height to the aquascape. 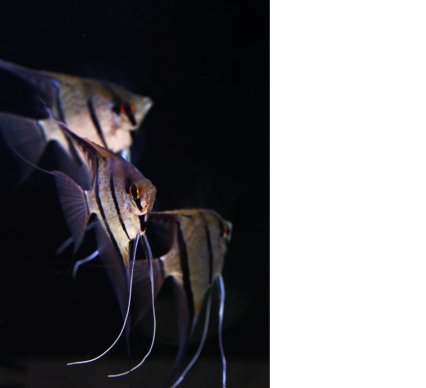 Jeff’s aquarium may not be 100% biotope accurate, but his Amazon theme works incredibly well. The variety and number of species and their sizes suit the tank perfectly, and the levels of activity are an indication that the fish are thriving in their home.

The colours on the Geophagus and discus are wonderful; there’s something even more special about the wild strains.

So why does Jeff have such a fascination with discus? "I love the colours and they’re king of the aquarium," he explains.

Jeff’s discus come from the well-known Brazilian fish supplier, Hudson Crizanto of H and K Fish. Asked for his top tips for keeping discus, Jeff reveals: "Buy the discus from a high quality and reliable source and ensure the water chemistry matches the supplier’s before adding the fish." 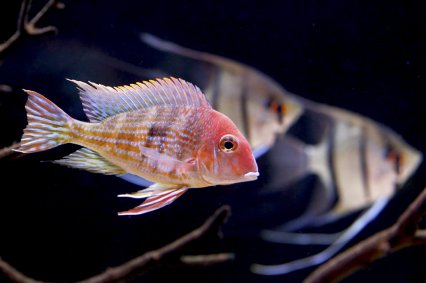 Perhaps the bravest and most active fish in Jeff’s tank are the beautiful Geophagus. Their red colouration is amazing and really adds impact to the aquarium without being too gaudy. 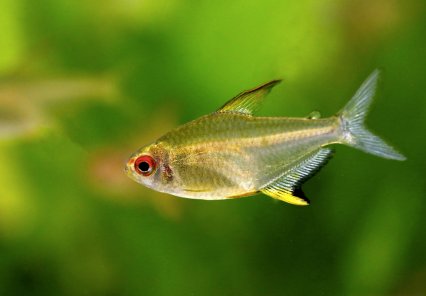 A shoal of around 30 Lemon tetras add another dimension to the aquascape. With their intense red eyes and bright yellow finnage, these fish are clearly very happy in Jeff’s aquarium. Also in the tank are a couple of Gold nugget plecs, Baryancistrus xanthellus, and a small shoal of Corydoras that Jeff intends to add to following his trip to Germany.

Jeff changes around 25% of the aquarium water every other day using RO water and re-mineralisation powder to a conductivity of 120 microsiemens. He spends an average of around an hour a day maintaining the tank, and when Jeff’s not there, he relies on his neighbour to perform water changes and feed the fish. 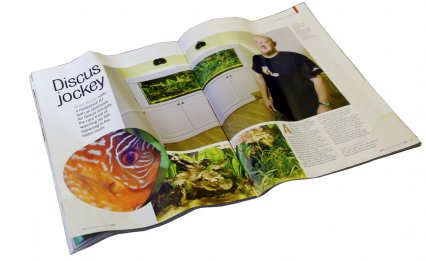 If this ever becomes a reality, you can be sure PFK will book a seat on his sofa. 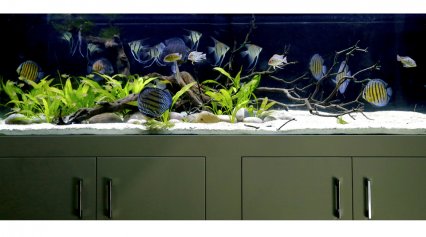 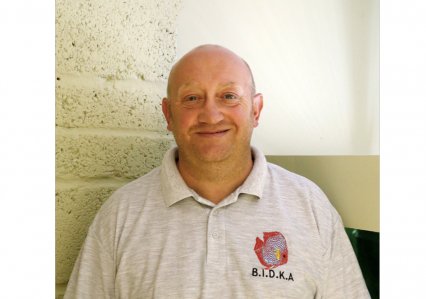