Dan Crawford is no stranger to PFK. He helped me plant Jeremy Gay’s 120cm/47” Iwagumi for the January 2008 issue and also helped me on the step-by-step planted tank featured in May.

I have seen this planted aquarium of his develop from infancy to what you see now. It has not been a smooth journey, however, as Dan has fought various algae issues, but his perseverance and determination has clearly paid off.

One of the most impressive aspects is the path running from the extreme right foreground into the centre and background, creating a very effective sense of depth and added air of mystery, hence 'Route to Wilderness'.

Paths are now a common feature in aquascaping but Dan’s differs by not conforming to the normal composition rule of the golden ratio of positioning the path two-thirds along the length of the aquarium.

He uses a blend of various substrates and grain sizes to create a more complex, textured and natural looking path. Either side of it, Dan has placed two different pieces of wood, covering them with ferns, mosses and Anubias. These tree-like features are again not unusual in aquascaping but, by using two in combination with a variety of plants, Dan has created a unique look that breaks away from the stereotypical Japanese-style aquascape. 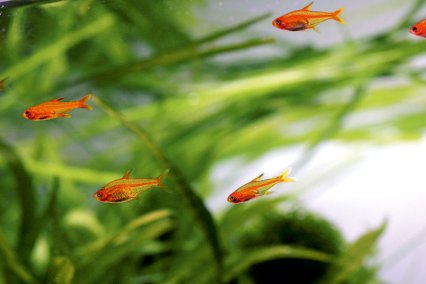 Exclusive use of green plants works very well, with the Ember tetras adding a subtle touch of orange and red, and Threadfin rainbows adding further colour and interest. This adds to the natural and wild appearance of the aquascape where bright red plants would, I feel, have appeared too gawdy.

The Hairgrass (Eleocharis acicularis) softens the whole layout with a few new Tropica Staurogyne sp. plants on the left foreground breaking the monotony, aided by some Glossostigma elatinoides, intertwined amongst hairgrass near the open path. The narrow ferns, Anubias and various mosses attached to the wood provide a hugely effective sense of maturity to the aquascape.

The taller Vallisneria nana and Eustralis stellata add important height and texture to the background. All the plants, even the Anubias, are remarkably algae-free too.

Dan has opted for the ever popular braceless aquarium with overtank lighting and full glassware. These work together to minimise visible equipment in the tank, providing as little distraction as possible to the aquascape. The water is heated via the Eheim filter’s in-built heater.

Dan now tells me he has plans to upgrade his present float glass aquarium to opti-white glass, further enhancing the display through increased clarity. 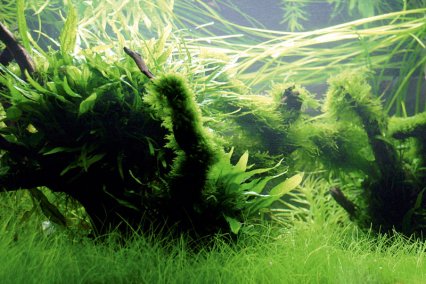 Time in hobby: I started about five years ago with a poor goldfish in a bowl, then the same goldfish in a filtered 90 l/20 gal aquarium. Then more tanks and tropical fish followed and I started growing plants.  My main interest then became planted aquariums and aquascaping and I co-founded the UK Aquatic Plant Society (www.ukaps.org) with George Farmer and Graeme Edwards.

This aquascape? This tank almost evolved by itself. I started with a principal idea of creating a tree on the left with lots of stems behind it and sloping down towards the right of the tank where there was to be a carpet of Hemianthus callitrichoides covering the vast majority of the substrate.

However, with poor fish choice, the Hemianthus was unsuccessful. So my next thought was to complement the tree on the left and to try and create a canopy effect. I introduced some Sumatra wood to the far right and incorporated a path of sand and gravel between the two — which brought about the name for the aquascape.

Any problems? I had a few algae problems at the start, due largely to the insufficient plant biomass and too long a photoperiod combined with messy fish —a spawning pair of Discus —and warm temperatures. The fish were re-housed, temperature and photoperiod reduced, more plants were added and EI fertilisation combined to produce a nice algae-free aquascape.

What have you learned? Not to be scared of CO2 injection and regular fertiliser (NPK) dosing! If you have enough plants and appropriate light, the plants will simply grow and grow, so algae has no chance. I’ve also learned that it can sometimes work to bend the rules with regards aquascaping composition. 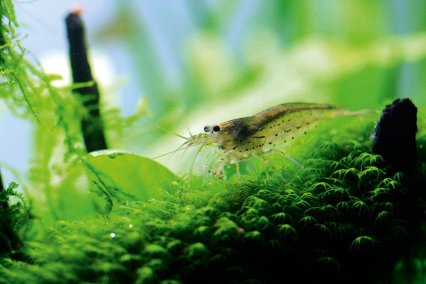 Check out some of the other great planted tanks in the Your Tanks section: