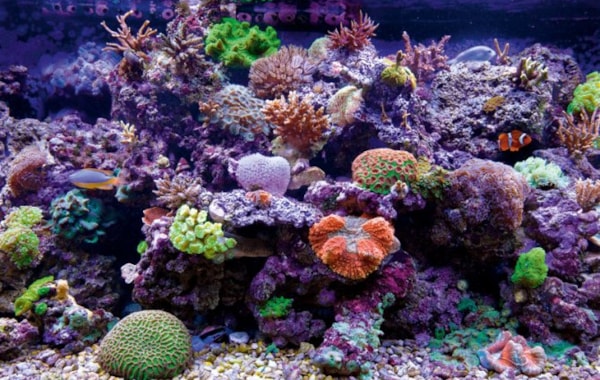 We visit the reef tank of Andrew Mackey, which is run solely using LED lighting.

When was the tank set up?
It was started in September, 2009, and was lit exclusively with LED from the off. I have kept marines on and off for 20 years and the current 2.1m/7’ tank replaced a 1.2m/4’ system that began life three years ago.

You own your LED lighting company. How did you get into that?
My old 4’ tank had been lit by metal halide lighting, but I experienced problems with the build-up of heat in there.

I used to work in banking, but before that I was into electrical retailing and I tested some lighting products on my tank. I was really pleased with the results — and for the last 15 months I have been running Reef-Beam UK full time.

As to those initial problems LEDs were to sort out my overheating, meaning that the existing chiller I was running was able to be sold. 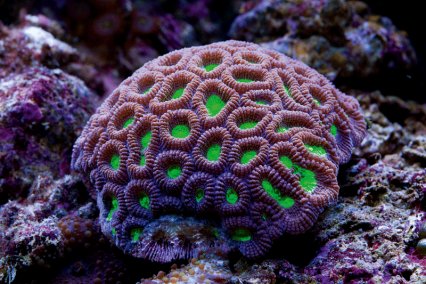 What have you learned about running a tank solely on LED?
In the early days of testing the lights, the mushrooms were bleaching — such was the brightness of the units. I start mushrooms at the bottom now and gradually move them up over time. I’ve now got a great looking blue mushroom colony at the top of the tank.

Have you had any problems along the way with this tank?
Only with livestock! I had a sea hare called Shrek which got stuck in one of the overflow weirs. I knew something wasn’t right and, with some detective work, found the body in there. 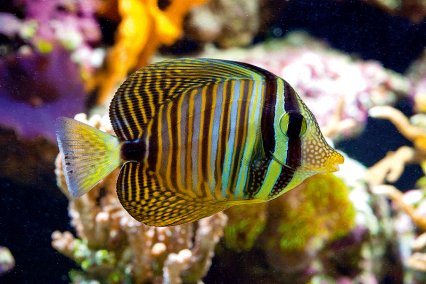 What plans do you have for this tank?
I’d like some more branching SPS corals, as I’ve proved over the last 15 months that successful SPS is a reality under these lights. I’ve proudly watched them grow.

I want ten Red spot cardinals, as they look great in groups and I have the room as my tank only has a light stocking of fish. I want some more Acanthastrea LPS corals too.

The long-term plan was always to keep SPS, though I started testing the lights with soft corals, then LPS, and I’ve now got so many LPS colonies they’ll have to stay.

One of the great things about this hobby is buying something small and watching it grow. It looks really great when the corals grow over the putty and start to look natural. 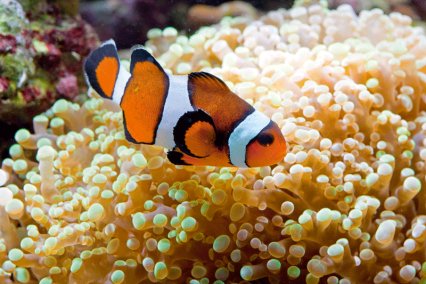 What we think
This is the first large reef tank we’ve visited to be solely lit by LED and it's clearly a success.

It’s a real spectacle and the combination of bright LPS corals and Reef-Beam lighting make the tank look incredibly colourful. In fact we hadn’t seen better livestock coloration anywhere else — and the damselfish was an amazing electric blue.

The tank isn’t over-complicated; consisting of a calcium reactor, skimmer, sump and refugium, backed up by small partial water changes.

Light fish stocking definitely helps and we got the impression that Andrew doesn’t fiddle too much either, giving the corals and fish time to settle in, thrive and enjoy stability in the system.

This tank definitely reinforces the argument that LED lighting is a major contender in the reef lighting market — if not the only realistic lighting choice for the future.

Why not check out some of the other fabulous reef tanks featured on the PFK website: