I recently put a call out to followers of the Practical Fishkeeping magazine Facebook page to share images of their tanks - and what a response it has been, says Nathan Hill.

Not only has the wall been filling fast, but my inbox has been swelling like a Gulper cat. For that, I offer a huge thank you to each and every person who has been involved.

From planted nanos, through Discus breeding tanks, to huge fish only systems, the page was – and still is – buzzing with images of your home tanks, some of which I’m finally getting around to sharing with you.

Whittling down to just 15 images has been difficult to say the least. I could have taken the easy route and thrown every single tank up on here, but I wanted to showcase a little of everything without too many repeats.

As always, we at PFK are interested in your feedback on these setups. Do any in particular take your fancy? Have you seen anything you’d do differently? I’m seeing lots of tanks I really like, but not all without their tiny flaws.

I’ll start off with my absolute top five, in no particular order, followed by ten that still shone, but for whatever reason didn’t grab me in quite the same way…

Fiona Riddell’s Lampeye and Cryptocoryne tank (pictured at the top of the page). If proof were needed that you don’t need a big tank to get my pulse racing, it’s right here…. 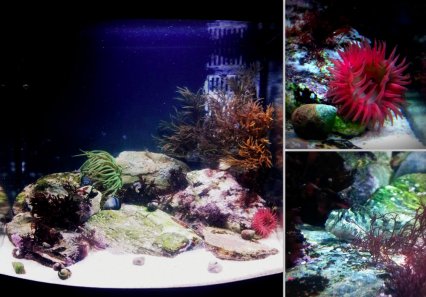 George Morant’s native marine system – George’s tanks never disappoint me, and when I saw he’d created a tank based on fish local to his home, I just couldn’t stop looking at it. Awesome. 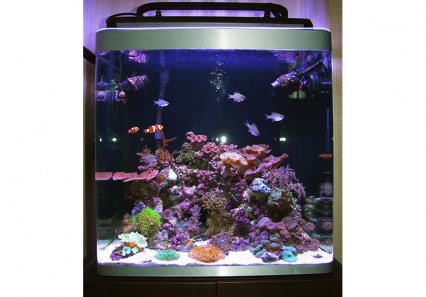 Jenny ‘Bugs’ Lowman’s Osaka 155 marine – I adore the Osaka, and even more so when they’re laid out right. Jenny hits my fish-spot with her well executed mini reef. 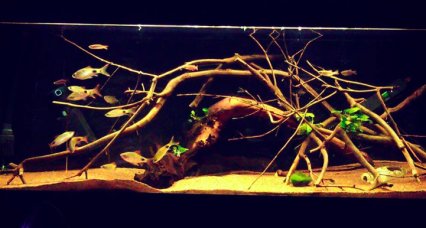 Spikey Mark’s Indian (sort of) biotope – With Dawkinsia and Danio species, tangles of wood, and minimal planting, this tank screams 'natural' at me, and I only wish I could get much closer to it to take a better look. 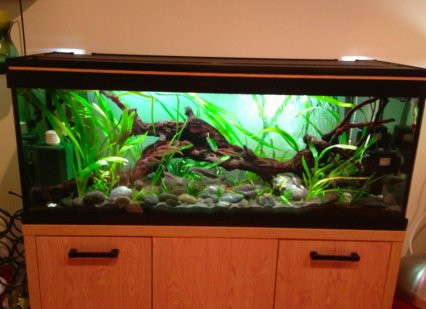 A second top five finish for Fiona Riddell, this Puntius denisonii tank has a river manifold built in, powered by two powerheads that Fiona won in a PFK contest. Pretty fish in a pretty tank, for sure.

And I trust you’ll agree, these next ten tanks are in no way any less respectable… 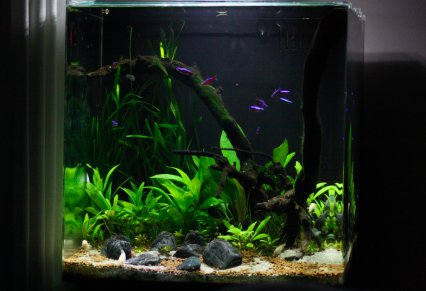 Andrew F’s Cardinal cube – I particularly liked the mixture of fine and coarse substrates, giving those Albino catfish somewhere to rummage about without blunting their bristles. 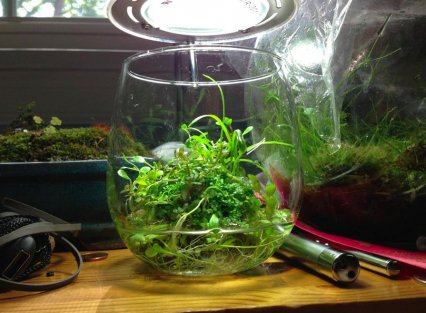 Crzn Lamfam’s small Wabi Kusa bowl – this may be fish free, but it’s still original enough to make me sit up and pay it the respect is deserves. More of these, please!

Melv Melv’s nanoscape – tiny is the buzzword here, but brilliantly executed. And if you look closely enough, you’ll spot that the base is discoloured with a shrimp armada! 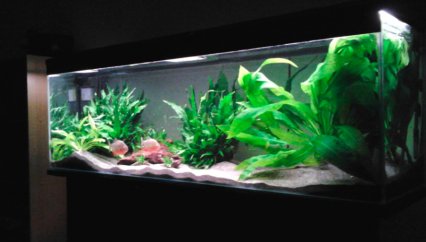 Steven Berg Wilkinson’s carnivore house – it’s lovely to see Piranha in a decent sized aquarium, and even mores o when their innate nervousness has been catered for with some dense planting. Hat’s off to you, Steve!

Menno Koster’s Angel delight – in absence of excessive glare, and with that twiggy, leafy cover, I’ll bet those Angelfish feel like they're right at home. 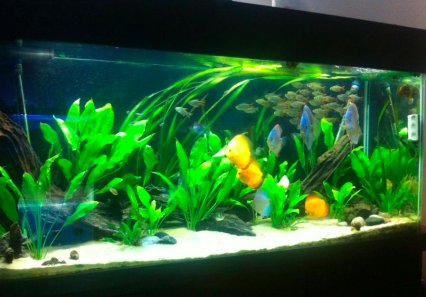 Matt Young’s Discus medley – given space, Discus are a superb fish, and that brace of tetra work nicely to plug the gap, though how happy they’ll be at higher temperatures might be open to debate… 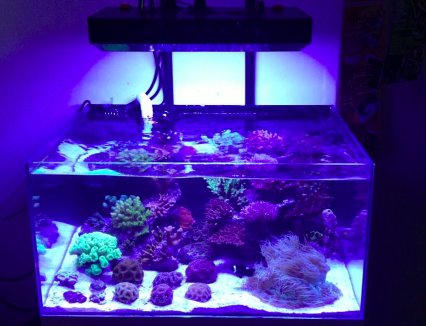 Luke Mosley’s shallow Signature – I love the ingenuity of marine keepers. Here Luke has drilled his own holes into a TMC Signature tank, boosted those lights up, and stocked out with a delicious assortment of hard corals. 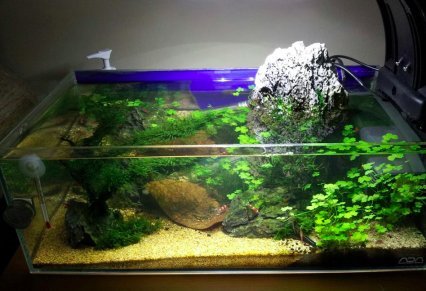 Dan Rock Hound Finister – I adore experimental, and this open topped tank with emerging hardscape really fuels the imagination. I imagine that given time, both the Hydrocotyle and the moss will creep up over it for a fabulous effect. 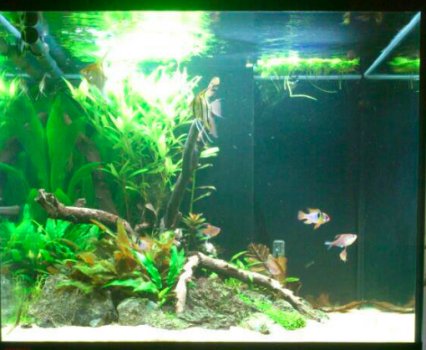 Martyn Hall’s open cube – Martyn seems to be more than aware of the aesthetic ‘rule of thirds’ leading to a relaxed view on the part of the observer. There’s plenty of space – and cover – for those gorgeous looking Rams, too… 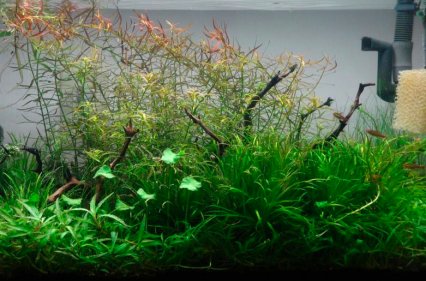 Jeff Wang’s mini jungle – Jeff clearly knows my affection for all things overgrown. The dense mats of foreground, and shadowy midground give an illusion of a far bigger tank than it is.

So that’s my final line up for now, but why not get involved yourself? The Facebook page is open to anyone and I’m more than happy to showcase those tanks that really stand out.

As I said before, I would be really interested to know your thoughts on the above set ups. What would you do differently, and why? And more importantly, which are your favourites? I’m sure the guys and girls involved would love to know how much interest their tanks generate. I know I would…