Ah, what a delight, and what a rare treat. Oase have overcome one (alas not quite both) of two obstacles that so often stop me in my tracks when assembling a complete set-up. They have given me a heater. A really good one, at that. I’ve lost count of the number of projects I’ve had to pause while I race out to my local store to buy a heater missing from
a supposedly ‘complete’ package.

The tank is superb. The edges are beaded with silicone so tidy that they rival the build of the beloved ADA tanks that I have coveted for so long. The beads are dark, unobtrusive and meticulously tidy, just as they should be.

The dimensions of the StyleLine 175 create a viewing window that is a delight to design within. In the recent trend for high tanks, I have witnessed (and created) many aquascaping disasters with other aquarium brands. But not here.

The tank, built with 8mm thick glass, measures in at 80x40x55cm including the trim. Shaving off 9cm for that leaves you with a front window of 80x46cm, which means you can go in for any of the classic ‘scapes — iwagumi, wood diorama following the rule of thirds, or rocky layout — without that awkward ‘empty upper portion’ that can ruin a layout.

My measurements put the overall volume slightly off from Oase’s own specifications; they claim 160 litres, while my own calculations bring up 147 litres, but that’s still a more than reasonable chunk of water.

The cabinet comes flat packed, but two of us armed with the simplest of tools — a screwdriver and something sturdy to punch in any dowels — built it to completion in about 30 minutes. As per the norm, the doors take a lot of aligning, but when you get there they sit nicely, with a ‘push and pop out’ opening mechanism. You have the option for shelves inside, but the central partition means that you won’t fit any of the largest canister filters in there. If you were hoping to set up a whirlpool tank using something like an FX6 for a load of hillstream loach, you’ll not be hiding it in here. There’s more than enough space for normal canisters though.

The plastic feet beneath the cabinet add a surprising amount of height (a whole 2cm, no less), so you don’t need to worry about a little inaccessible puddle down there after a messy waterchange, seeping up in to the wood and swelling it. 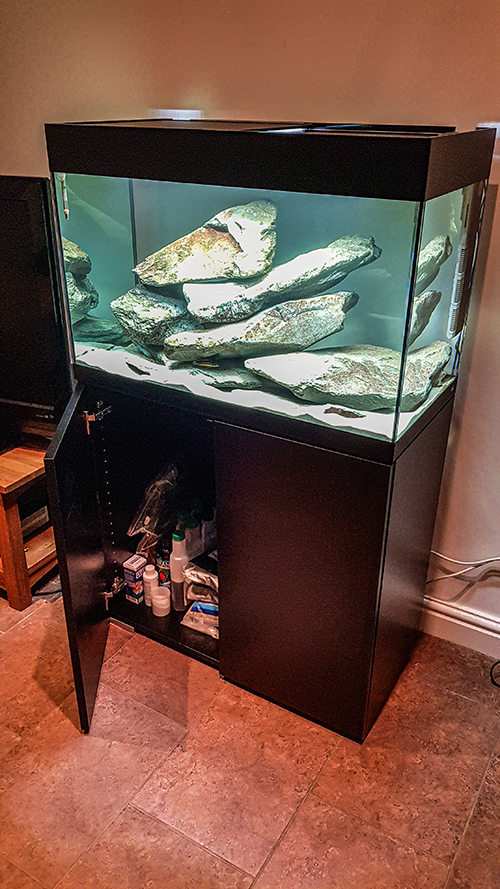 As standard you get two 6,500 Kelvin, HighLine Classic daylight 70 LEDs, and these things are punchy. 16W each of punchy, to the extent that where I’m running my StyleLine without any plants, algae can reappear in as little as a day after cleaning. If you’re planning a similarly ‘foliage-free’ layout, then I’d suggest running just one of the tubes and keeping the other as a spare, as each has its own control switch, and the tubes simply clip in to one of four available supports on the holder. If you’re going for a planted set-up, make sure your carbon dioxide and nutrient levels are on point to match the prodigious lighting output.

As a pro tip, bring them as far forward as you can — the supporting glass brace extends quite far across the width of the tank to facilitate this — and you’ll not be looking at the shadow sides of your fish.

On to the filter, the package comes with a Oase BioPlus 200 Thermo. I’ve tested one of these before, and with hindsight I think the sample I had last time was a duff model — the current one is up there as one of the quietest filters I’ve ever worked with. Seriously, I have to keep checking it’s on, it’s that quiet.

Accessing the media is easy as the front of the filter simply pulls off and slots back in, and the canister lives in tandem with an Oase HeatUp 200W heater that sits in a dedicated chamber at the back. The only restriction is that the filter is a corner design. The nozzle outlet isn’t directional, but if you play with the controller on top, you can alternate between the nozzle and a built-in 90° spraybar. 650 lph flow is more than enough for the StyleLine’s volume. Physically it’s a big ol’ lump, but a low profile and curved front makes it appear smaller.

Then there are the sliding covers. Only one has a handle, but they sit on fitted runners on the tank’s trim, and there are small rubber stoppers to prevent an accidental collision and shattering. My sliders have yet to snarl up on any sand or gravel, and the action has remained refreshingly smooth.

What’s missing? One single thing. A thermometer. But that’s not really a dealbreaker for me. 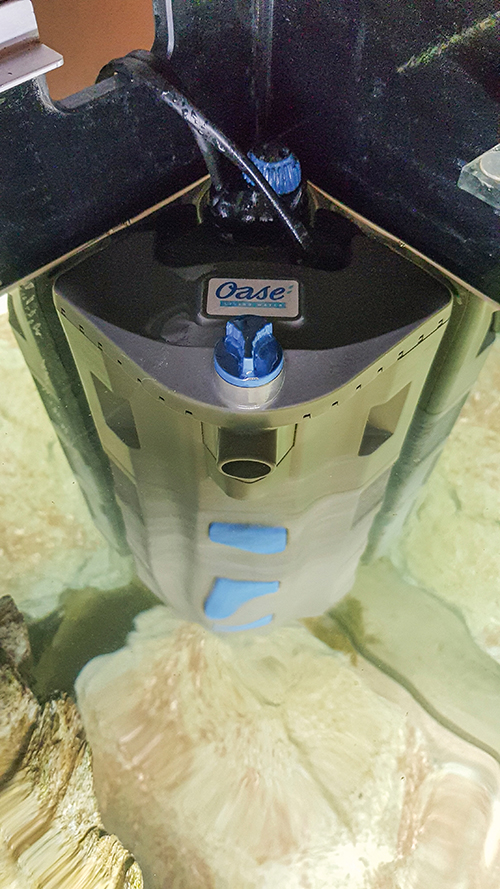 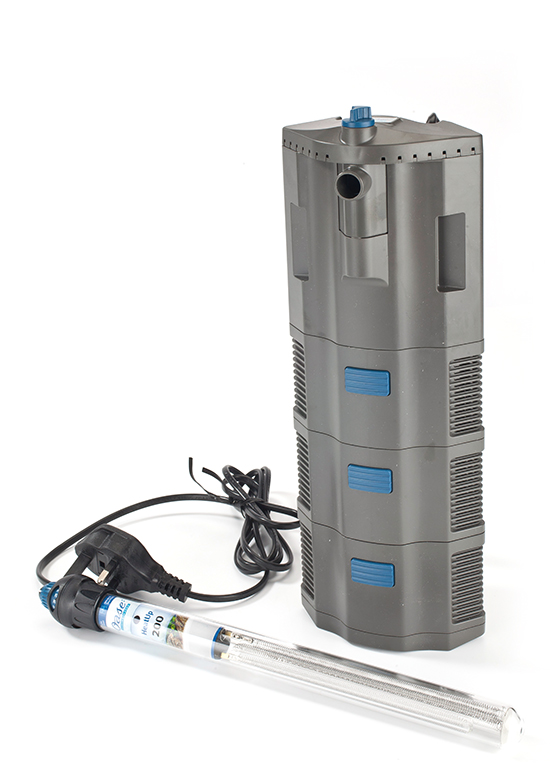 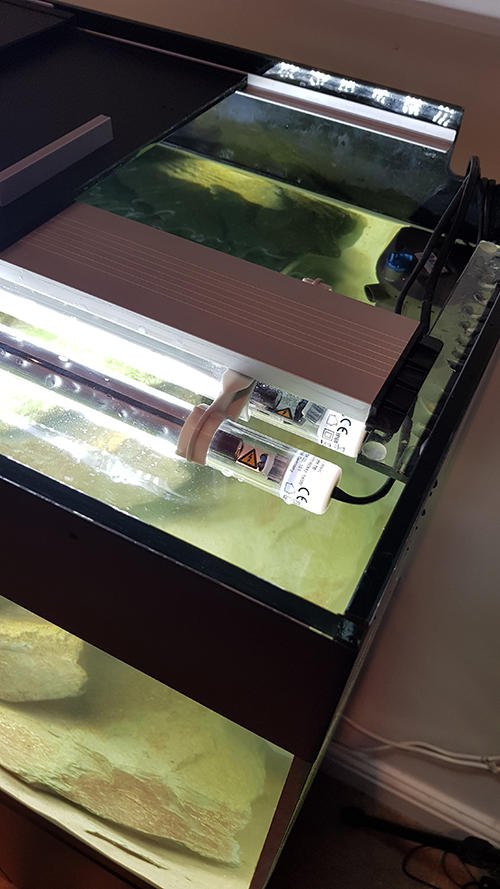 I have a lot of love for this tank. After recently working with some quirky sizes and experiencing a lot of aesthetic failures, this one was the shoe that fit perfectly. Nothing presented a problem in assembly, the decoration was easy with the tank’s proportions, the filter is more than enough to cope with the stocking level, and the lighting is reassuringly clean.