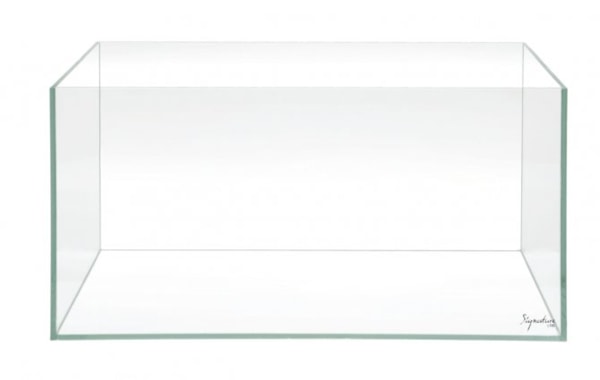 I got told off a while back for my relentless genuflection towards Amano and all products ADA. I was told off for singing the praises of products beyond the financial means of many an aquarist — and in many cases myself, too.

Now I’m in a good position to offer a compromise; a superb looking tank with low iron glass, ideal for aquascaping or less focused fishkeeping for a much lower price. It’s not quite got the same pizazz of the ADA, but then it’s not got the price tag either.

That makes no odds, because, as value for money goes, it’s a magnificent piece of kit.

There are other sizes, too. Editor Jeremy Gay is playing with the 45 x 45 x 45cm/18 x 18 x 18” marine kit with sump and has a step-by-step feature in the pipeline for the magazine.

My model has clear silicone, although the marine ranges have black sealant. It also has that slight blue tint from OptiWhite glass.

It’s nice and shallow, has no lid or clumsy looking braces and is only 6mm thick where it counts. It’s an attractive sight in my living room and my housemates can’t stop showing it off to visitors.

Combined with a bit of glassware for the piping and some clever tweaking of the lighting (not supplied), I have all the makings of a stunning aquascape – which is ironic as I’ve used mine to do a biotope instead, featured in the Spring issue of PFK.

The freshwater model doesn’t come drilled, which is fine by me, but marine versions can come with optional sumps and associated piping if you prefer.

Some will hate the open-top design of the tank, but I love it. I’m not going to say it’s revolutionary and, in fairness, I’m biased. I had to draft someone to custom-build me some glass of a similar size in 1998 and people couldn’t grasp the open-topped concept then either.

Yes, you’ll need to rig up your own lighting system — or in this case the TMC MountaRay system I’m using — and there’s always going to be the risk of fish jumping for it, but on the flipside you have something looking contemporary, modern and smart, and all you need to do is avoid suicidal leapers. 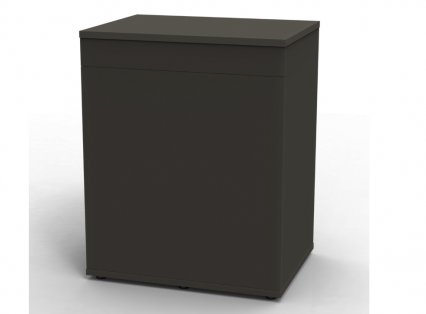 The cabinets come in one of three colours; white, grey, or a dashing black (pictured above) which works with even the oddest mixes of furniture. Each one comes flat-packed and takes minutes to assemble.

Unusually you have to glue the dowels in place, but as a plus you don’t bruise your hands wrestling with oddly-shaped Allen keys.

All I needed tool-wise was something to clout the feet into place and a cross-head screwdriver to fix the doors. It took ten minutes to do it all and, once together, it holds firmer than a stubborn horse.

There are no supporting sheets — traditionally polystyrene sheeting is used here — to go between the tank and the cabinet in the package, at least, not in mine, and you’ll need one if you don’t want to risk the base splitting when filled with water.

That’s pretty much the only bad thing I have to say about the package. Give me a pad to go underneath it and I’ll be ecstatic.

I love mine and have lost plenty of time simply standing back to admire it.