Want to know how the goods on sale really perform? We put them through their paces so you can sort the good from the bad...

One thing that unites all of us fishkeepers is dirty glass, and as long as the hobby has existed there have been innovations to keep on top of that. Now California based company Flipper has thrown its hat into the ring with a handful (pun intended) of practically quirky offerings.

To start with, we have magnet cleaners. The concept itself is old — one half of the magnet goes into the tank with some abrasive surface to rub away biofilm and algae, while the other sits outside with a soft felt pad touching the glass so you can keep hands dry as you tidy things up. Historically, that has always been pretty reliable, but with a couple of stumbling points. The first is that magnets inevitably separate when you hit some particularly stubborn patch of growth, the inner portion falls to the bottom of the tank, and suddenly it’s wet arm time. Flipper has gotten around this by making some of its magnets float to the surface when they come away. — the larger models seen here are buoyant, but the Pico range is not.

The second is that you’re limited as to the abrasive surface, and with the likes of coralline algae or stubborn beard algae growth, a soft pad on a magnet isn’t going to cut through it. In steps Flipper’s ‘flippable’ designs, and these really are pretty funky.

On the inner magnet (the wet side) you have a pretty standard abrasive surface. In the case of the two smallest (and frankly adorable) Pico magnets, you have a coarse Velcro side, and a rigid plastic edge (serrated in the orange version, straight in the black version). Starting with the Velcro surface, you can rub away at any soft to intermediate growth, but once you hit a stubborn patch, you only need to turn the outside magnet (the dry one) around 180° and the inner one also flips 180° to give you the rigid scraper. It takes a couple of attempts to get the feel of it, but once you’ve got it down it’s an absolute doozy. These smaller cleaners are aimed at correspondingly small tanks with a glass thickness of up to 6mm.

These bigger versions come with a straightforward soft pad for day-to-day algae removal on one side, but you’ll be unable to miss that on the other side they have the kind of blade that would make Edward Scissorhands blush. These versions are a little trickier to flip, and this needs to be done near the surface, but with a little practice it becomes second nature. The only thing to note is that the bigger versions (and I’m looking at that terrifying Max model) reconnect with quite a thud until you’ve got the swing of how to do it. You don’t want to use the Max model on a tank with thin glass, however.

So armed, it’s now possible for the aquarist to clean their glass of all types of algae, no matter how stubborn, without having to submerge a hand once. The way that the blades jut prominently from the edge of the larger cleaners also means that you can get right into the corners (watch that silicone beading though) and down into the substrate without suffering that bane of algae magnets — sand getting trapped and scratching the glass.

I suspect that reef tank owners and aquascapers are going to be all over these. Oh, and watch your fingers; the rare earth magnets Flipper uses are like bear traps. Real snappy.

If you prefer to be more old school, Flipper also supplies a range of long-handled scrapers — the Platinum range — in 28, 18, 10in and ‘nano’ lengths. These ‘old reliables’ fall back on one of my preferred, tried and tested algae scraping methods, using the edge of a plastic card. The range comes with dedicated algae scraping cards as standard, but in the three larger models these are the exact size and fit as the cards you stick into an ATM, so you really can put some expired plastic to use. They simply slide in (it’s a tight enough fit to hold any card I tried) and then you can get to work scraping away with as much force as you need to get rid of stubborn algae build up. It’s not exactly groundbreaking stuff, but by jove it works!

That’s the inside clean, now how about the outside glass? Flipper has an ingenious (if perhaps a little pricey) ‘Flip Mitt’ glove in a one-size-fits-all format that you can simply slip over the hand and get rubbing — think ‘wax on, wax off’ from Karate Kid. One side of the mitt is absorbent, great for getting up those annoying drips from the glass, while the other is a soft microfibre cloth that is surprisingly good at leaving a shine and giving you with a streak-free window to look through.

There’s another trick up Flipper’s (presumably dry) sleeve. They produce a supplementary in-tank feeding kit which comprises a lettuce clip and a fillable feeding pot for slow-release foods like worms. Each of these carries a narrow Velcro strip which allows them to be attached directly to the felt sides of the largest of the three algae magnets, allowing you to place the feeders anywhere you desire in the tank. Again, it’s not the cheapest of accessories, but I’m guessing that if you’ve already blown a few thousand on a full reef set-up, then this is small change to you anyway. 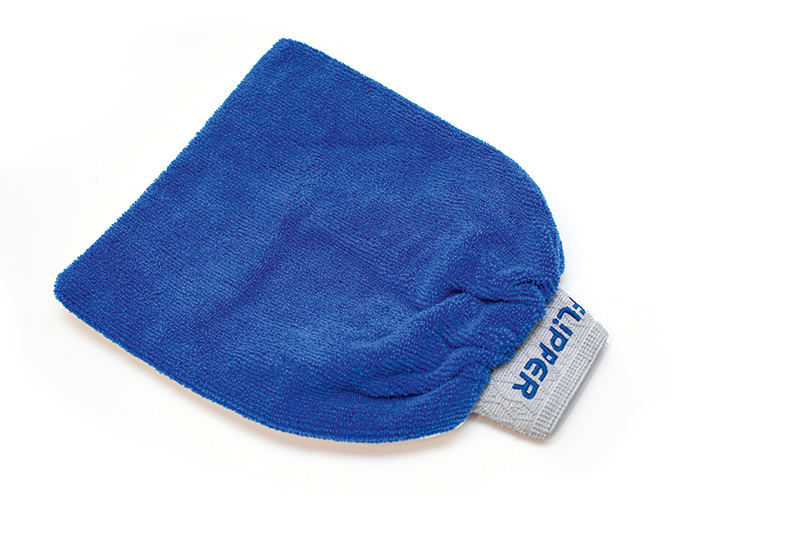 Flipp Mitt: Unconfirmed but somewhere around £13.99 for two mitts. 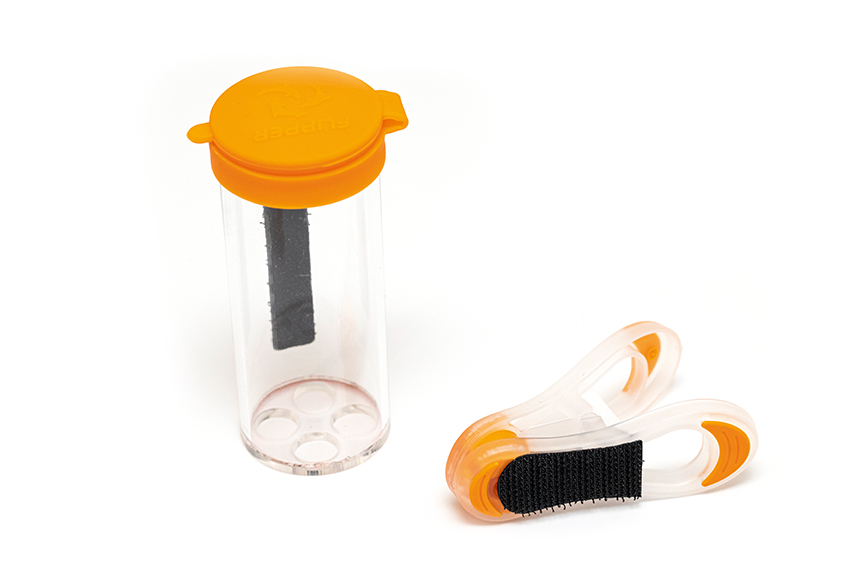 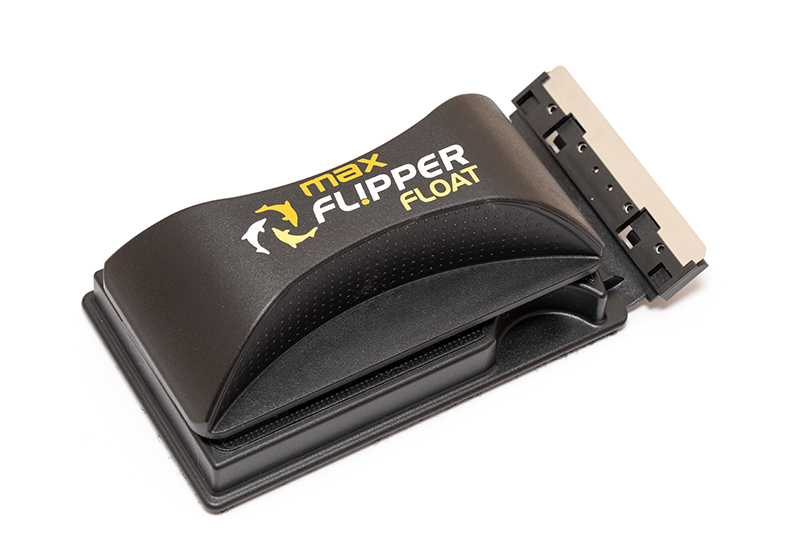 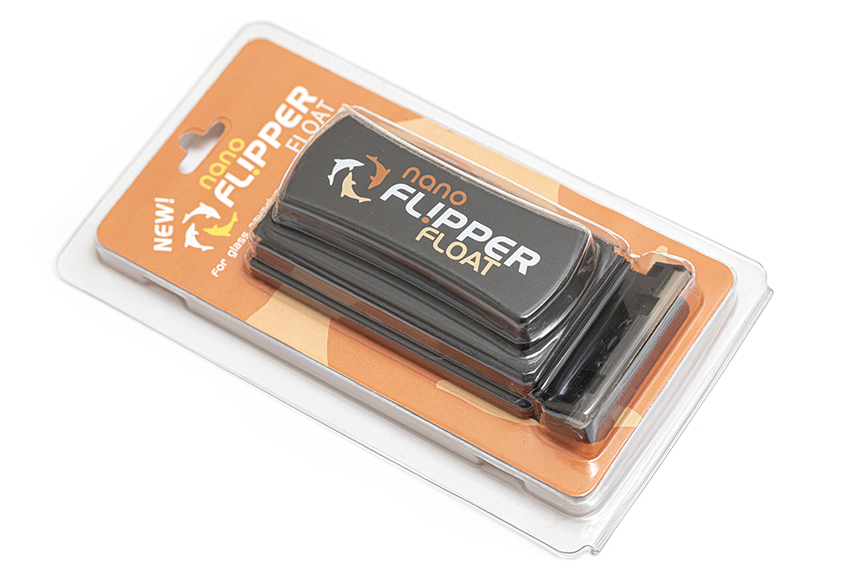 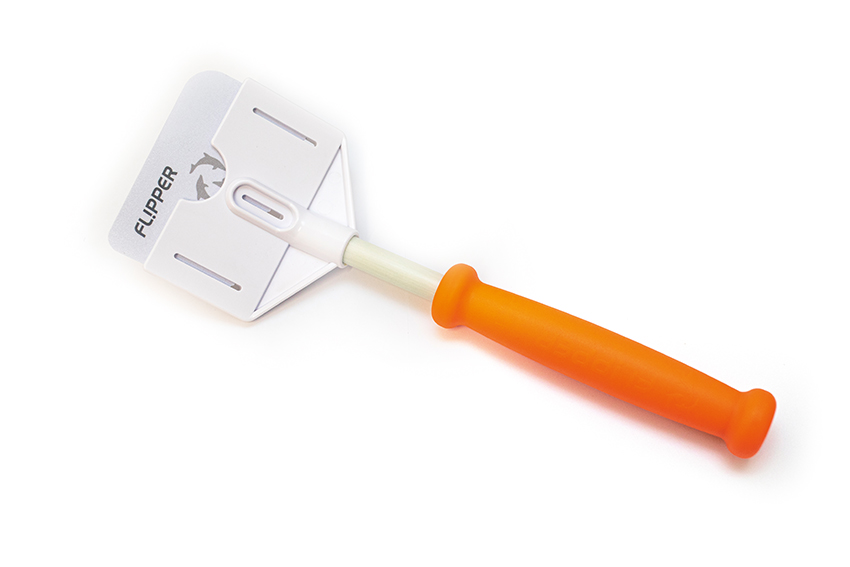 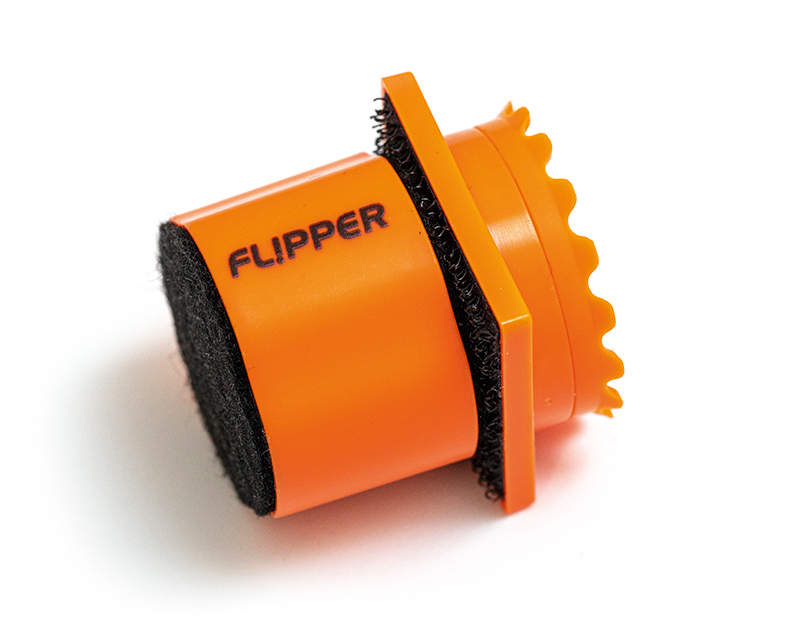 Can Flipper do no wrong? Rather than trying to make something wholly new, they’ve gone back to basics with some of fishkeeping’s most fundamental hardware and perfected it. The prices may take a bit of digesting, but this is superb gear that I can foresee many dedicated hobbyists gradually embracing.

Ease of use: 4 STARS