Once famed for inventing the word Aquarium (previously known as aquatic vivariums), ZSL London zoo is now without one, writes Steve Baker.

Doors were closed on the aquarium facility for the last time on Tuesday 22nd October 2019.

London Zoo was home to the world’s first public aquarium, built in 1853. The recently closed aquarium was a replacement built in 1921, and opened three years later by King George V and his wife Queen Mary. Since then it has been in constant use.

The 98-year-old concrete construction had been in a poor condition for years, and past workers have spoken of chunks of concrete falling from the ceiling, and inadequate nets aiming to hold the dangerous rubble.

With many listed buildings in the zoo, maintenance work is heavily restricted. The building now stands derelict, where previously the aquarium resided in the lower part, while lions were once housed in an upper region.

It’s sad that the UK capital’s zoo will no longer have a dedicated aquarium which educates millions of visitors each year about the natural habitats and challenges of wild fish.

Many of the freshwater fish have been relocated to, and will be on display at, ZSL Whipsnade zoo in their new aquarium which was opened in summer this year.

Conservation work will continue from Whipsnade with rare and endangered fish. La Palma pupfish, Cryprinodon longidorsalis, are included, now extinct in the wild after horticultural pressure dried their Mexican spring.

ZSL London zoo will open a new coral display in 2020 as a feature built below the B.U.G.S (Biodiversity Underpinning Global Survival) building. The zoo’s aquarists will maintain many species of marine fish and invertebrates until the large, new display is built. 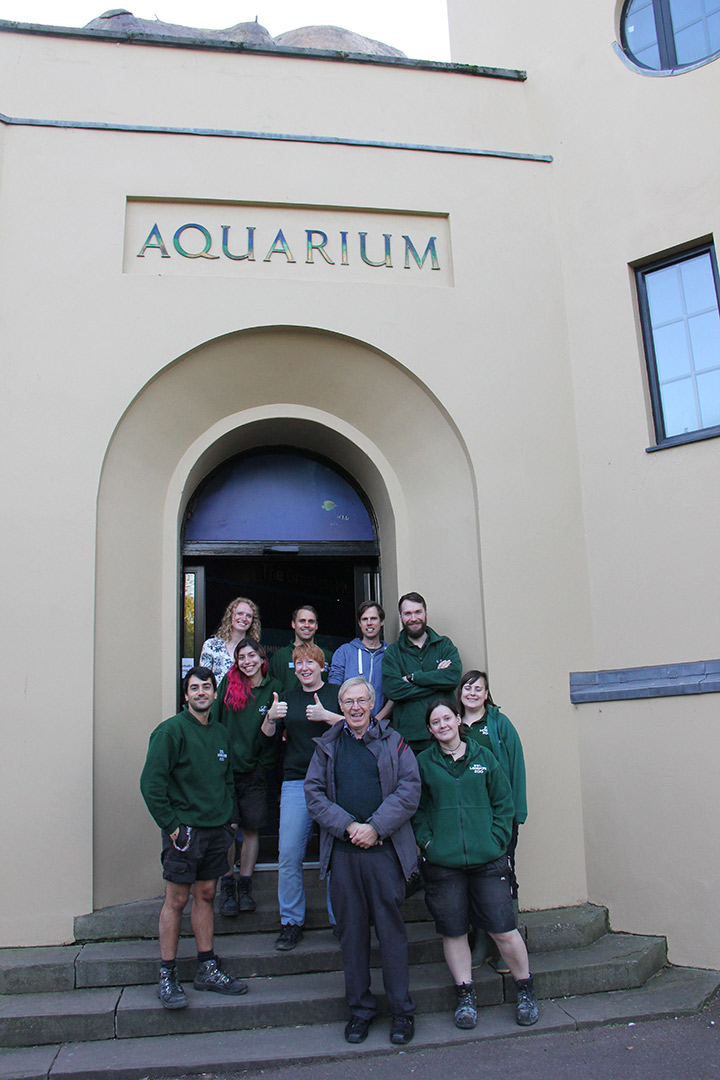 PFK contributor and renowned aquarium author Peter Burgess was there on the day of the closure. Here’s what he has to say…

“Having been a regular visitor to this aquarium (always my favourite part of the zoo, even when the sun was out) since a child, I felt I had to be there for this last day.

“At 5pm there was just one member of the public left in the aquarium — me! So, after literally millions of visitors through its doors over its ~95-year history, I was the very last.

“Seeing the truly wondrous diversity of fishes at London Zoo prompted me to keep fish at home, and eventually this fish-keeping passion spurred me into studying a Master’s degree and PhD in fish biology.

“Some of the zoo-aquarium staff gathered with me at the Aquarium doors for a picture (attached). We all look happy in the picture but it was a sad day. As we know, the world's first ever public aquarium (the "Fish House") opened at this zoo in 1853. And although the present aquarium is on a different site, its nevertheless has an incredible history. I'm sure it inspired many visitors to take up fish-keeping as a hobby.”