A public aquarium in Japan has put a Blobfish on display.

The 60cm/24in deep sea fish went on exhibit at Aquamarine Fukushima in Iwaki after it was accidentally caught by a fisherman using a gill net at a depth of 750–1200m.

It’s rare for a Blobfish to go on display as they rarely make it from the depths of the ocean to the surface alive. 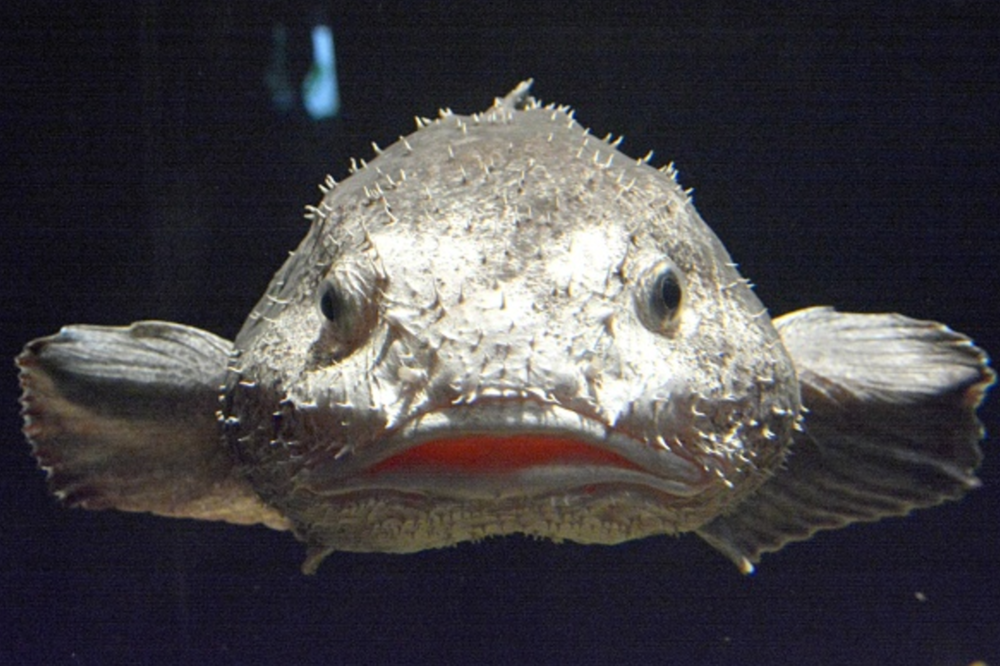 The Blobfish on display at the Fukushima aquarium. Kyodo News via Getty Images.

The Blobfish (Psychrolutes marcidus) — a type of sculpin from the family Psychrolutidae — was voted the world’s ugliest creature in 2013, in a campaign run by the Ugly Animal Preservation Society, to raise awareness for endangered and aesthetically challenged animals. It was later adopted by the society as its mascot.

In fact, when underwater, the Blobfish isn't much different in appearance to other fish. Due to the extreme pressure of the deep water in which it lives, it doesn’t have a skeleton or even much in the way of muscle, and instead its body is rather jelly like — take it out of water and it's bound to sag! Poor thing!