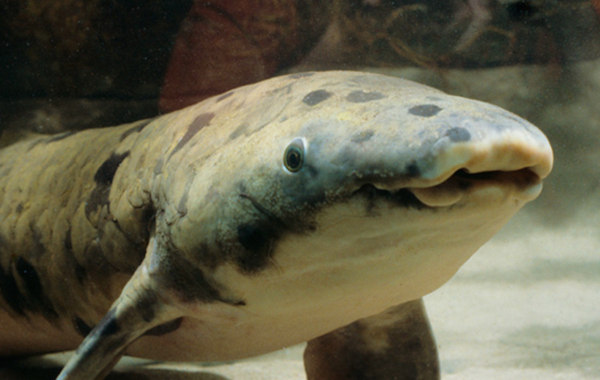 Chicago’s Shedd Aquarium is mourning the death of one of its most iconic and beloved residents, and the longest-lived of any fish in a zoological setting in the world.

Granddad, a male Australian lungfish, Neoceratodus forsteri, had to be humanely put to sleep on Sunday, February 5, due to a rapid decline in his quality of life associated with his old age.

Granddad was one of two lungfishes acquired from the Taronga Zoo and Aquarium in Sydney, Australia during Shedd’s 1933 Pacific collecting expedition with the purpose of attracting some of the 10 million visitors expected to attend A Century of Progress International Exposition just steps away from the aquarium. Arriving in Chicago a day before the opening of the fair, the lungfishes were the first of their kind on exhibit in the United States. Granddad's exact age isn't known, but he's thought to have been in his nineties, as he was already a mature fish on his arrival.

“It is incredible to know that over 104 million guests had the opportunity to see Granddad in our care and learn about his unique species over eight decades,” said President and CEO Bridget Coughlin, Ph.D. “For a fish who spent much of his time imitating a fallen log, he sparked curiosity, excitement and wonder among guests of all ages who would hear his story and learn about the incredible biology that makes his species a living fossil and one of the oldest living vertebrate genera on the planet.”

Granddad began to show signs of declining health last week when he had little interest in his diet. After he stopped eating and signs of organ failure were apparent under physical examination, the Animal Health team made the decision to euthanise him. Initial findings of a post mortem show conditions consistent with geriatric age. A full report with additional results is forthcoming.