News released earlier this month suggests that fishkeeping has experienced a substantial decline in the last five years. But is everything as it seems? Nathan Hill has a look at the numbers.

“88% of all statistics are made up on the spot,” comedian Vic Reeves once observed. But as humans, we seem powerless to resist the draw of numbers. Like nocturnal bugs to a candle, we throw ourselves at the mercy of sensational looking double-digit declines.

This month, a newspaper made substantial claims about the fall of UK fishkeeping. “The number of households with a pet fish,” it proclaimed with near reverential authority, “is down from 17 per cent in 2012, to just 10 per cent in 2017.” By way of reference, the text cites a survey by data analysts Mintel.

Or rather, it hauls out a couple of charts, and fails to quote any of Mintel’s text directly. Given that Mintel are asking almost £2000 for a one-off copy of the report, you’ll be unsurprised, dear reader, to know that I haven’t been able to quote figures either. I know nothing of the study sample size, the demographic — I lack all context.

The text carries on, in places, as almost gleefully pejorative. In a piece laced with spurious assertions and galloping non-sequiturs, various hypotheses are put forward for this loss. Fish aren’t photogenic enough for selfies, comes the claim. Cats, dogs and rabbits are the new ‘go to’ pet, seems to be the unstated premise here, while the author wilfully overlooks that the sole chart on which this case is made shows a marked decline in those pets too. But why let good old-fashioned reasoning inhibit a story?

Of course, the author of this piece seems to have overlooked something salient. In 2012 the very same paper reported that the data showed that around 10% of the UK — one in ten households — owned pet fish. At that time, pet fish were said to be growing in market share, increasing to the tune of several millions of extra individual fish bought by a benignly piscivorous audience. Back then, the journalists were plucking out their own reasons for this explosive growth. ‘Pet fish are easier to keep than cats or dogs,’ was the suggestion, with the writer clearly oblivious to the vagaries and intellectual exhaustion associated with keeping a magnificent reef tank in bloom. 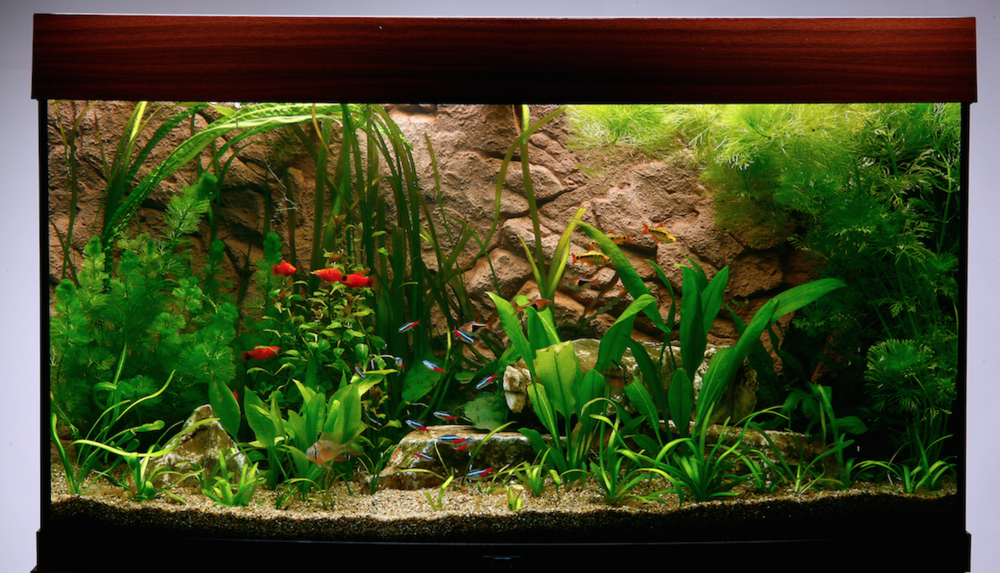 The Pet Food Manufacturing Association (PFMA) has been tracking pet populations in the UK for the last decade. I’ve no idea how many people Mintel polled in their survey — the journalists trampolining on the all-important ‘17%-down-to-10%’ number seem to have elided here.

The PFMA has an effective study sample of 8,000 respondents. How representative that is of the wider UK when extrapolated upwards, I do not know. Not all things expand evenly, as my waistline would testify.

In 2012, on PFMA polling, they estimate that 20 to 25 million individual fish were kept in aquaria — around 9% of UK households, if the trend of later years is to be trusted. To confuse things, there are also a similar number of pond fish kept, equating 6% of households. As fishkeepers we are aware that the two camps are usually mutually inclusive rather than exclusive. Assuming the most absurd case scenario that everyone in the survey who owned an aquarium refused to own a pond, and vice versa, then we get a combined effort of 15% of UK households with a pet fish.

Racing through the years, only stopping to grab some souvenir numbers (9% aquarium, 6% pond for 2014; 9% aquarium, 5% pond for 2016 — PMFA figures) we hit the apocalyptic scene of current fishkeeping: 8% aquarium ownership, 5% pond ownership for 2017.

Maths wasn’t my most powerful subject in school, but I was smart enough to calculate the hypotenuse length on a right-angled triangle. Subtracting 8% and 5% respectively from 9% and 6% seems well within my remit, so unless I have missed out on some major mathematic reformation movement, I can only see a 1% decline in fish ownership in each of the two camps. As a retailer, and faced with figures like that, I’d probably not consider selling up and fleeing to join the ex-pat crowd of Spain any time soon.

All in, we seem to have a market that has somehow managed to grow, while simultaneously peaking and declining at the same time. Apologies, but I’m not buying in to it.

I’m not going to pretend there hasn’t been a decline in fishkeepers in the last five years — what little data there are support it. But I am going to contest the numbers. Never one to miss the opportunity to rant, I’m also happy — as someone who has followed the industry for my entire life — to put forward my own unsubstantiated suggestions about why any decline is happening. The difference in my own case is that I’ll carry the placard with shining letters above me: specious claims right here, approach with caution.

Let’s start with the nano tank. Those little bundles of affordable, high maintenance, beginner traps have been a target of derision from me for years. I would question the role they’ve played in any decline.

I think I’d argue that what we’re seeing now is a reversion to the normal, if there’s any localised ‘decline’ in fishkeeping at all. Nanos were peaking in sales around the 2012 period. The industry was generating a higher number of new aquarists, with the pathetically optimistic argument that all of these keepers would somehow master their nightmarishly hard, 25 litre goldfish set-ups and progress to something bigger and better. Don’t kid yourselves, stores. We all knew that many of those tanks, once they left our shops, would promptly be furnished with ill-fated goldies sourced from our nearest competitors.

The nano market is a bit like a drunken pilot — it was inevitably going to get grounded. I wrote recently about the conspicuous absence of nanos at the AQUA trade show I attended. The air carried the collective hum of manufacturers and retailers pretending that the nano phase never really happened. I was there, I kept asking folks where the tiny tanks had gone.

While I haven’t any data to support me, my gut feeling is that the number of keepers in the 2012 polls was in part tainted by the short-term, new-wave glut of consumption that was the nano buyer. Five years on, with nano sales evaporating away, the figures reflect the truer number of devotional, not ‘faddy’ hobbyists. 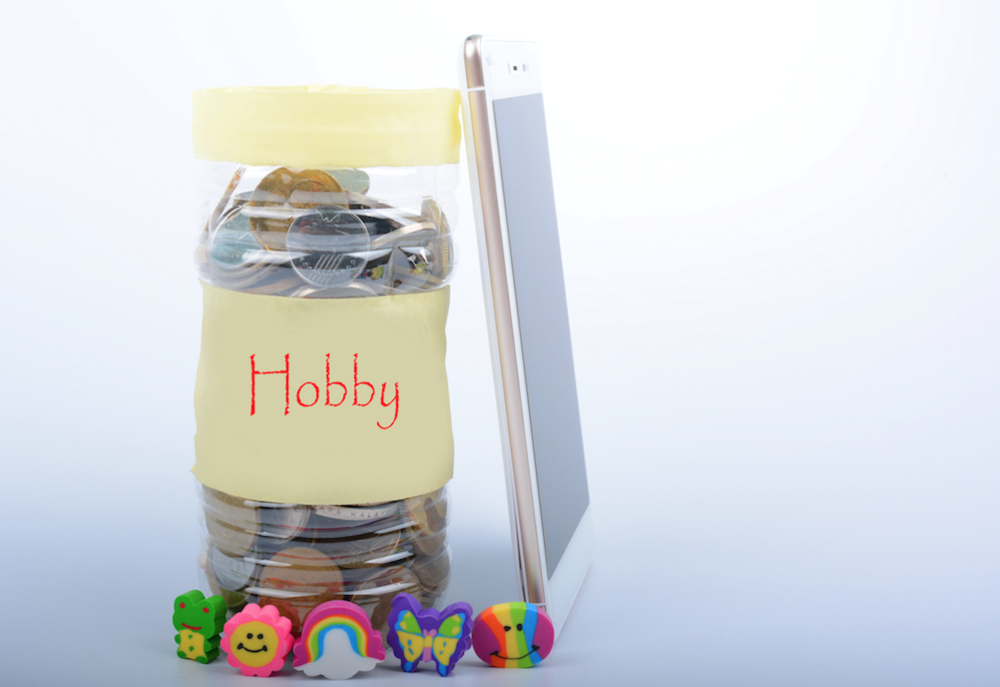 Here’s another thought. The working man is up against tough finances. Not every fishkeeper is a CEO on £250K a year. While livestock hasn’t really increased in cost in any considerable terms — based against old figures from the 1960s and 1970s, I noted that the price of fish has actually dropped in real terms — hardware is pricey. Low-iron glass, artisanal acrylic hardware, supplements that cost as much as a person’s monthly food bill: all these things have conspired to move fishkeeping slightly further from working-class reach.

And let’s cut to brass tacks. People are spending their money on some considerable ‘must have’ luxuries. Recently, while picking up a disposable phone for a one-off job (eventual cost 79p for my new handset) the couple alongside me at the counter were negotiating their new phone tariff. At £92 a month for the next 24 months, a mobile phone provider had just gobbled up £2,200 of potential reef tank money, right there.

‘Busy fools,’ a former boss once told me. He warned that I would be busy and poor if I always chased the low-end sales. The money — the mark-up — was in the high-tier gear. And many retailers have lived to this rule. The sale of a single £1500 marine set up might bring in as much profit as 15 x £100 nano tanks. Many stores are eager to promote their high expense range. That means less interest in stocking the accessible gear. And that means prices pushed slightly further from the cash-strapped newcomer.

Then there’s the shift in social conscience, especially among the younger generations now coming of age, where they have disposable incomes and a choice of how to spend them.

The shift in perception has been gradual, but is now too great a malignancy for aquatics to overlook. A lot of people take a stern position, that no animal should be kept in tanks. As representatives of a trade that revolves around the captivity of animals, we can open our arsenal — we assist conservation (sometimes), we maintain species that are now extinct outside of aquaria, we provide our fish a better life than anything they’d have in the wild, we are stewards who protect our stock — but these will fall on deaf ears, or worse. For a certain demographic, what we do is indefensible.

And, as a final thought, many of our advances have become our hindrances. The development of the hobby — in all the right ways — has made it terrifying. Circa. 1980 you had to buy a tank, add some fish, see if they survived, add some more, and keep some medicine on hand for the occasional outbreak of whitespot, and that was about it. Add some ant eggs, and when Finny the household goldfish carped it after six months, it’d be flushed and a replacement brought in.

It was diabolical, but it was unthreatening. Those of us who worked through the 90s will remember the efforts put in to heightening awareness of things taken for granted now — the need to mature a tank, the need to test ammonia. 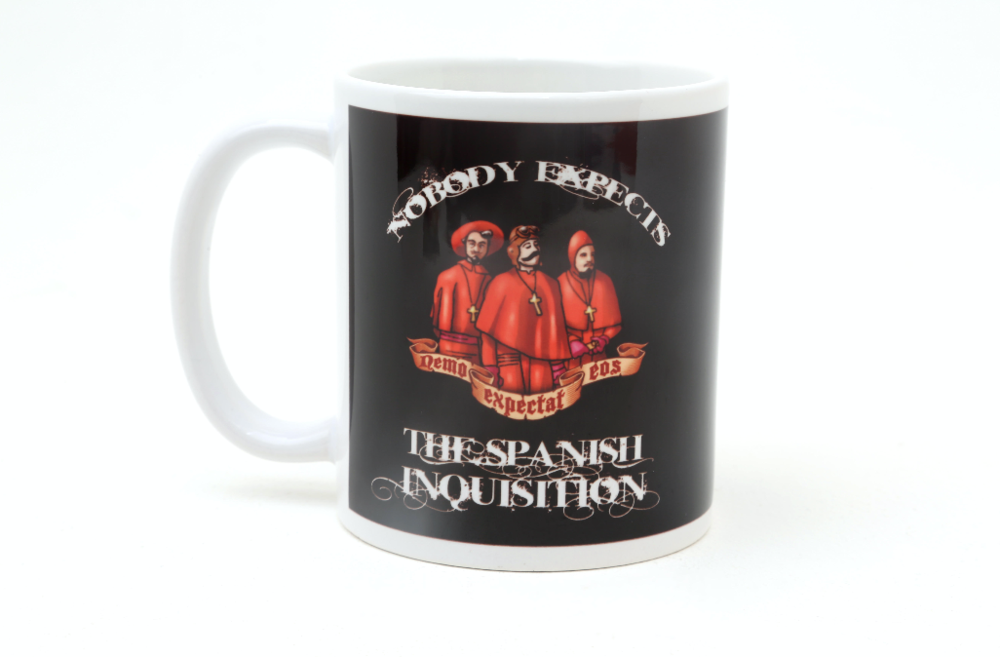 If I was joining the hobby for the first time, I think I’d be overwhelmed. I’m relying not just on my own research abilities, nor on the knowledge of my retailer, but also on the retailer’s ability to convey information in a way I can understand. I’m up against heaps upon heaps of conflicting, confusing and often outright contradictory information found online.

At a guess, I’d say I would be at least 17% more overwhelmed by it all than I was when I started in the late ‘80s. Maybe once I sized it all up, I might feel 88% better off splashing out £92 a month on a new phone too.