Two of the top aquarists in the country won the ‘Best in Show’ and ‘Best Exhibit’ awards.

The owners are Terry and Shirley Nelson of Ashby Fishkeepers Society who are recently gained a special award for their 1000th show First — and that was just in the YAAS (Yorkshire Association of Aquarist Societies) area. 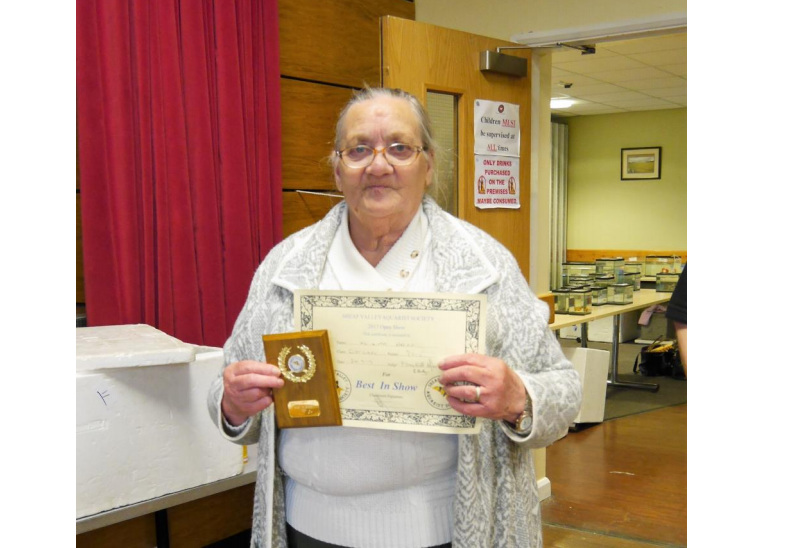 Here is Shirley collecting the Award (Terry was busy de-benching).

They have attended six Open Shows in Yorkshire this year and won Best in Show in five of them.

The top aquarist from SLAS (Southend, Leigh & District Aquarist Society) is Roy Chapman who visited all the way from Southampton. He brought 36 entries to the 190 in the Open Show. Roy says he has lost count, but is certain the number of Firsts he has been awarded over the years is now more than 2,800! 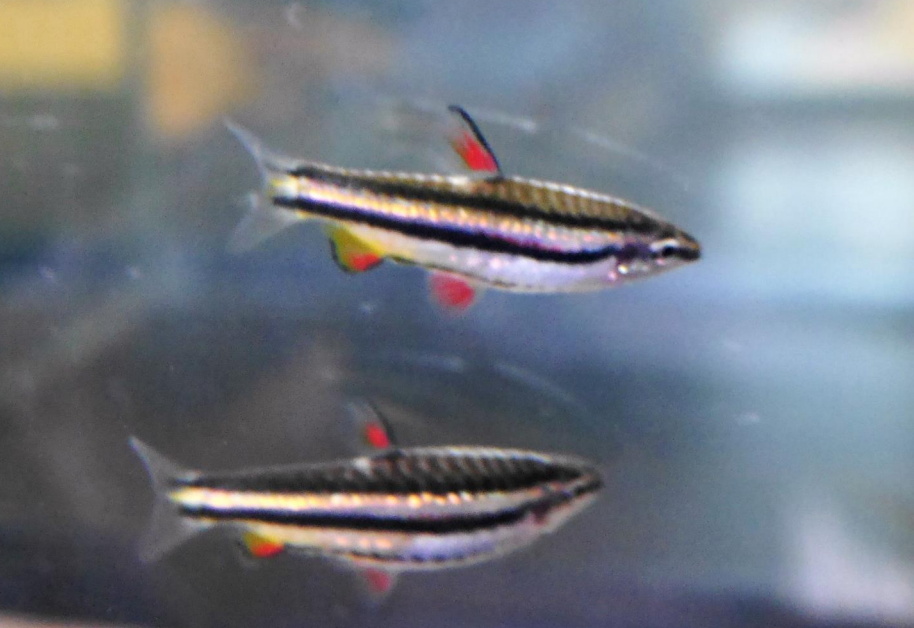 Another First was added with his Best Exhibit (top points for Pairs Class) — this colourful pair of Nannostomus marginatus pencilfish. 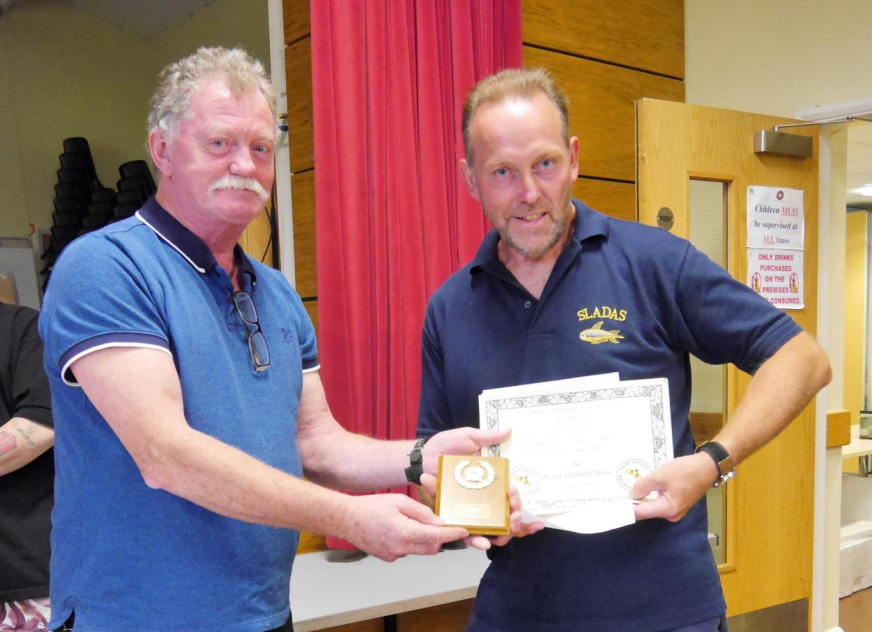 Roy collects his Award from Steve Jones of YAAS.

Many other Clubs attended and won Firsts in the 41 Classes — SVAS, Select, Ashby, Robin Hood, and Otley. The auction was attended by 80 visitors and ran all afternoon with SVAS member Wayne Morton selling 14 lots of fish and aquatic accessories. 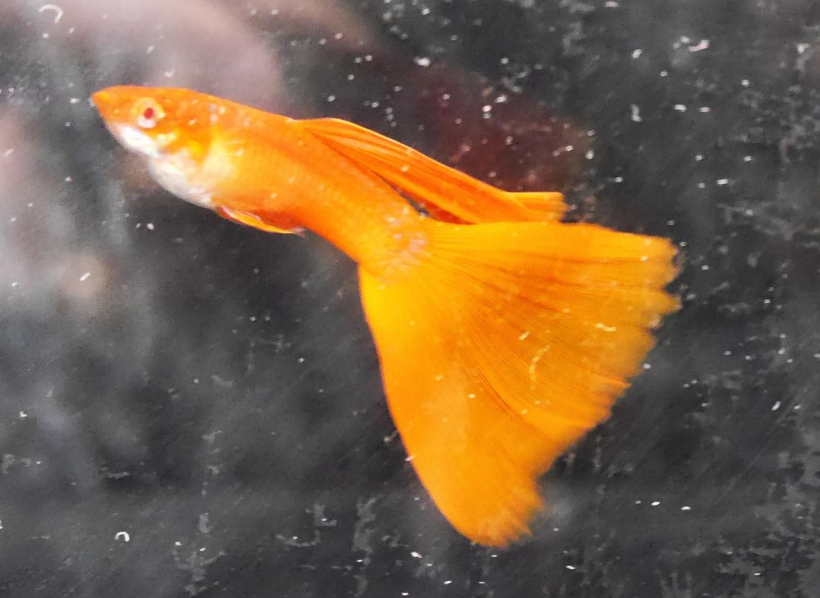 The SVAS offer space for the FGUK (Fancy Guppies in the UK) each year and the sixth Leg in their nationwide competition was held in the main hall at the Rockingham Centre. The FGUK judges assessing the 38 entries were Jane Handley, Stan Collinge and Bill Galbally. The Best in Show was a Full Red Delta Tail Guppy owned by Derrick Clayton of FGUK.

The FGUK will hold their final event for the European Championship Show on October 5–8 2017 at the Holiday Inn Express, Rockingham Road, Kettering, NN14 1UD. See their website for more details.