Everything you thought you knew could be about to change following a review of Nitrosomonas bacteria by a Belgian lab, says Nathan Hill.

The subject of bacteria has long been a contentious and unchallenged domain, with very few scraps of research seized upon as an aquatic gospel.

Typically, we treat our filter bacteria as though they are some kind of frail and dainty grandmother, in danger of dying through so much as a knock or chilly draught.

However, not all studies support this folk wisdom – at least not where AOB are concerned. By AOB, I refer to (A)mmonia (O)xidising (B)acteria, or what many of us may know as Nitrosomonas bacteria.

I can’t speak for the NOBs who deal with the oxidation of nitrite here, but a minireview that has found its way to me, orchestrated by a Belgian lab of microbial ecology, has turned almost everything I thought about AOBs on its head.

In essence, the review cites numerous ways in which AOBs are far more robust, adaptable, and outright crafty than I (and I suspect many of us) have ever given them credit for. It investigates ways that AOBs survive all manner of conditions that traditional thinking has suggested spells instant death for these ‘sensitive’ souls.

More importantly, the review suggests something that I’ve personally denied for many years – that most of those liquid biological supplements could indeed be bloated with beneficial ammonia-gobbling nitrifiers, and not just competing heterotrophs. In fact, as the research hints, heterotrophs may in some cases struggle more to come out of the bottle and get to work than the ‘good guy’ autotrophs. 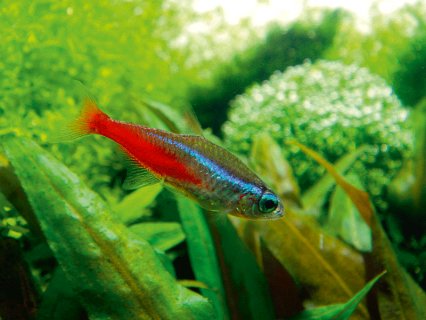 We all know that oxygen content is a key player in the conversion of ammonia (NH3) to nitrite (NO2) - the clue is right there in the O part of NO2. Typically, the thinking has been that high oxygen yields high AOB’s, and that low oxygen brings about their demise.

However, as much as we consider the ‘safe’ level of oxygen in water to be around 6mg/l (pending temperature) our AOB bacteria can be found at considerably lower levels. What varies is the prevalent lineage of bacteria found. In the research highlighted, Nitrosomonas europa can be found in sludge communities with a dissolved level of a scant 1.2 – 2.4mg/l O2, although at higher levels of oxygen the lineage gives way to Nitrosomonas oligotropha.

But it doesn’t even stop there. The lay argument goes that in the confines of a bottle, beneficial AOB’s in absence of any oxygen will surely perish. Even this is not the case, with studies suggesting that nitrifying bacteria can switch their metabolisms, resulting in resting cells, or even by switching from nitrifying to denitrifying behaviour.

One study cited reports how Nitrosomonas europa can bide its time with nitrite denitrification using molecular hydrogen, organic matter and hydroxalmine – producing N2O and N2 in its wake. The exact mechanisms of this activity have yet to be explained but it’s hinted that the procedure may be a response to the negative effects of high nitrite in the environment – AOBs may well convert it to protect themselves. 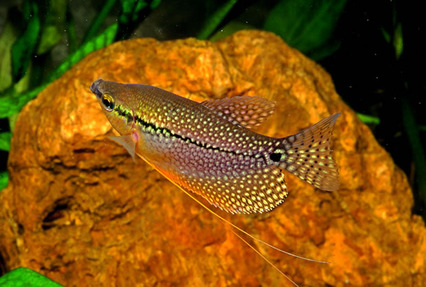 Another ‘folk wisdom’ follows that without a continuous food source, AOBs will soon starve, die, and it’s game over. A scout around various forums reveals that the usual time suggested by well-wishers (myself included) hovers at about eight hours before the Nitrosomonas will turn their tiny starved toes up.

Again, the research forces a rethink. It’s noted that Nitrosomans europa can be starved for weeks or months, and then when placed in ideal conditions (in this case experimental ones, admittedly) regain their abilities to oxidise ammonia within just a few minutes. Older studies put forward a more lingering timescale before reactivity, over 150 hours before oxidising is properly resumed, but the fact remains that the AOBs are bouncing back from hardship.

But, and it is a but that can’t be ignored, there is more to this than may meet the eye. Although the recovery of single cells can be rapid, an entire population may take somewhat longer to emerge. And autotrophs are notoriously slow at ‘dividing and conquering’.

In theory, nonsporulating bacteria have a bad time of it. When things get bad they can’t do what many of their heterotrophic cousins do, and simply spore up in preparation for a later re-emergence. They need to quite literally ride out the poor periods and hope for the best.

Nitrifiers need a period of maintenance when things turn sour. What I never knew about them was that they could literally get ‘fat’ before things go downhill. During a period of starvation, they accumulate an ammonium source inside their own cells.

Interestingly, what does turn off in anaerobic conditions is predation. You may not have thought that Nitrosomonas bacteria were high up on the list of prey items, and in fairness they’re not. They’re very much at the bottom of the food chain, but predators need to start somewhere.

Protozoa and metazoa make up a big chunk of their naturally occurring enemies, and where bacteria are found these hunters will be in tow.

However, in anaerobic conditions, as much as the bacteria become dormant, so their predators become inactive – and it may be a case that predation is a bigger concern for sleeping bacteria than just wasting away.

Another way that the anaerobic conditions may benefit the AOB’s is that it slows their rate of decay. Compared to starved bacteria in aerobic conditions, those in an oxygen-lacking world showed a 50% decrease in their degradation.

What isn’t known at this time is what the bacteria use as an energy source through periods of starvation. The stored ammonium could play a role, but it’s unsure just what that role is yet. 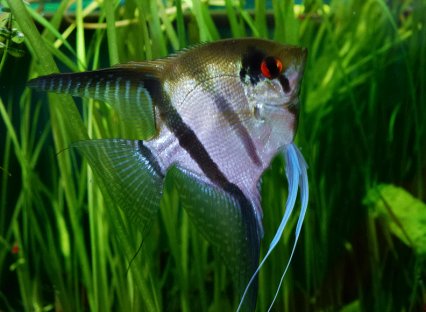 I’ve often pointed out before how if adding a colony of heterotrophic bacteria to a tank they will kick in long before the autotrophs do. I have to put my hands up and say quite boldly that I could be very, very wrong here, at least where nonspore-forming heterotrophs are involved.

In absence of food, heterotrophs will take a wide range of drastic measures to protect themselves, changing protein, DNA and RNA levels. Nitrosomonas AOBs don’t quite follow suit here, and specifically they do not shut down their enzymes associated with ammonia conversion.

In a nutshell, although this leaves them hungry, it means that they are geared to reactivate at the moment their preferred food presents itself again. Heterotrophs, however, have made so many alterations to allow them to take in different food sources that when ammonia presents itself again they need to go through a laborious gene regulation and expression – putting them behind the re-emergence of the already primed Nitrosomonas.

It’s a postulation, but the upshot is that AOB nitrifiers could be hitting the floor running where the heterotrophs sit there confused for ages, trying to get things geared back up.

Nitrifying bacteria don’t know to reactivate once in the tank, and don’t know where to go – nope.

I’m not overly sure where this particular tale sprang from, but an awfully common putdown I’ve heard of liquid biological supplements is that the bacteria don’t ‘know’ to reactivate. I’m not even convinced I’m addressing the argument on the right level, but there’s good reason to suspect that AOBs not only know when to reactivate, they make a point of screaming and shouting about it.

Nitrifying bacteria, it’s suspected, could make use of something called quorum sensing to help cohesion amongst colonies.

Without going too far into it, quorum sensing allows colonies of bacteria to coordinate their gene expressions. In real terms, this means that they can orchestrate to make the most of their situation.

In a twist, nitrite is implicated in playing a role in the quorum sensing activities of AOBs, and in experiments it was found that Nitrosomonas that were starved of Ammonia but left in presence of the Nitrite they had created, got to work considerably quicker (a fivefold increase, no less) than the same bacteria starved of Ammonia in a fresher water source.

Another misconception appears to be that AOBs are stationary, trapped inside the filter (or sludge) and dependent on our care for their wellbeing.

The reality could be a stark contrary to this. It would appear that bacteria unhappy with their surroundings literally up sticks and go somewhere better.

Nitrosomonas are assumed to have motility in the form of tiny flagella (wriggling tails) – there’s certainly some good gene evidence to support this.

But the real genius is in how individual Nitrosomonas can travel about. Although unlikely to happen in the confines of a food rich and oxygen filled aquarium, this is something that could take place in many a garden pond.

When dissolved oxygen gets too low, by which we’re talking less than 1mg/l O2, AOB’s can use their conversion abilities to create a tiny bubble of Nitrogen gas, lifting themselves out of the anoxic area and carrying themselves somewhere more conducive to growth and conversion.

As I say, the implications of this for an aquarium are negligible, but it certainly puts these misunderstood bacteria into an entirely new light.

Implications for the trade?

Unfortunately, the story of AOBs is only half of the picture. There’s still a huge gap of where the NOBs fit into this master scheme, and to draw any real conclusions about the total nature of aquarium filtration from this one minireview would be perilous, maybe even dangerous.

What it does tell me is that these bacteria should possibly be viewed in an entirely new light, and that maybe our ‘kid gloves’ approach to filters is unnecessarily over cautious.

Anecdotally speaking, much of what the research tells me strikes a chord with practices that I’ve engaged in for years. As someone who values the biological benefits of old media and substrates, even after several weeks, and as someone who never has issues with ammonia in any new set up, I’m forced to wonder – just what is it that so many new fishkeepers are doing to get ammonia through the roof?

Perhaps a study into just how much new aquarists really do try to feed their new livestock would reveal much more about the biggest killer of fish in our hobby.

For more information see the paper, but be advised it’s not the lightest of reading out there.