The final was in the form of a live ‘scape off, with finalists selecting their hardscape materials and then ‘scaping throughout the day until 3.45pm. The UK Aquascaping Champion was decided by a judging panel and public vote. Stephen Rhodes, who was also in the final last year, created a ‘scape called ‘Snake Pass’ to win the contest.

Stephen won a bespoke Clear-Seal aquarium to the value of £850, £250 cash and sponsor goodies. 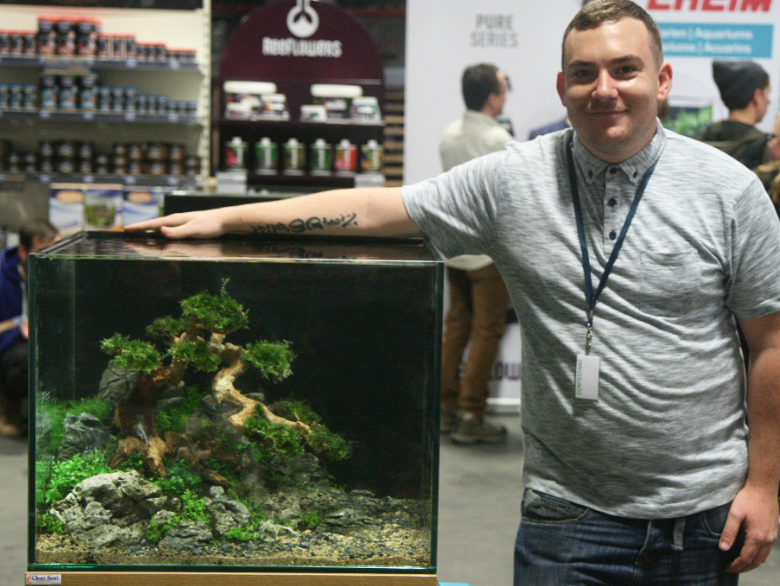 Dan Harris, with his second-placed aquascape. 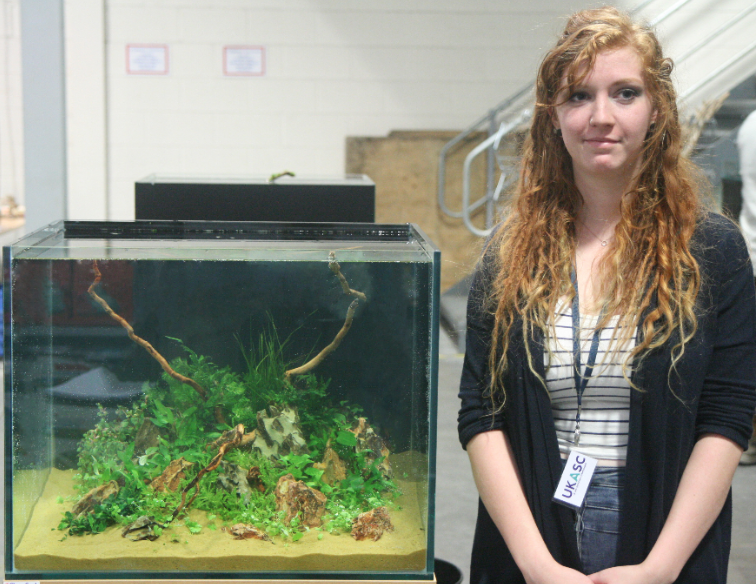 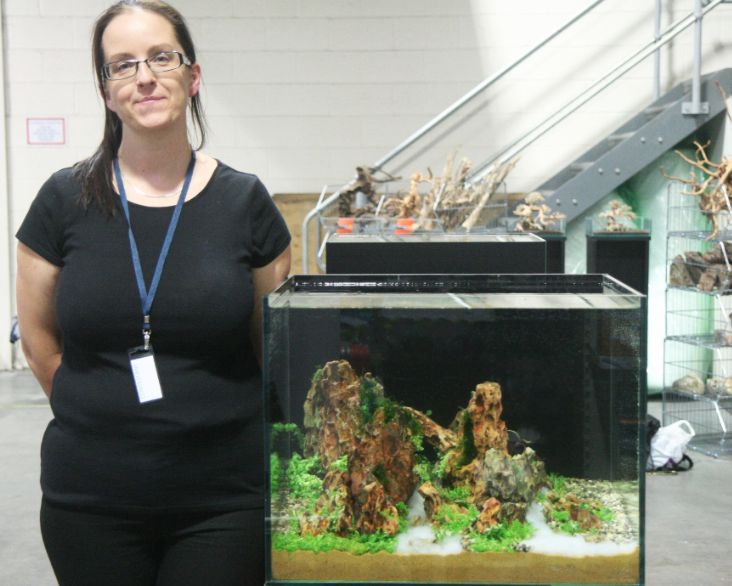 Joint third place winners Alexea Tonge and Hayley Sloman, won a Ciano Emotions Aquarium, £150 cash and sponsor goodies. All the finalists in the ‘scape off got to keep their creations along with the Clear-Seal Edgeline.

For further details check out the UKASC website at www.ukasc.co.uk.