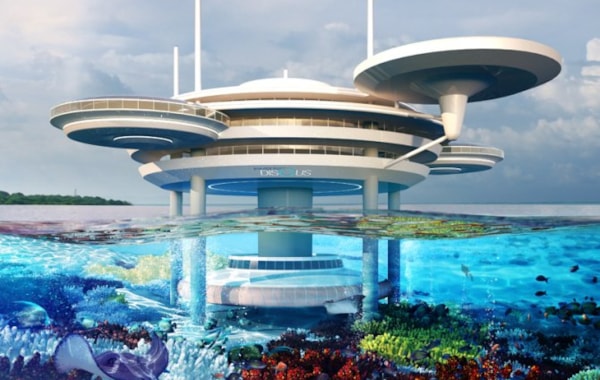 An underwater hotel, comprising of five discs, is set to be built on the tropical island of Kuredhivaru in the Maldives, with plans for it to be developed in Dubai too.

The Water Discus Hotel, a luxury multi-million dollar resort with 21 moveable rooms, will be set in the heart of coral reefs.

However, developers hope to limit the impact on coral reefs as much as possible by laying foundations in few places.

They will also rebuild coral reefs in a special plantation before moving them to spots around the hotel.

The designer, Pawel Podwojewski of Deep Ocean Technology, said: "To preserve the natural environment we have developed a couple of kinds of foundations depending on the local conditions.

"The key is to touch the sea ground in just few points.

"Most probably the hotel will land on a flat sand area to reflect the sun rays inside the rooms and the reef will be additionally planted around the hotel rooms to enrich the view."

The high-tech hotel features a helicopter landing pad and rooftop swimming pool, as well as a deep-sea submarine and airlock diving compartment for guests. 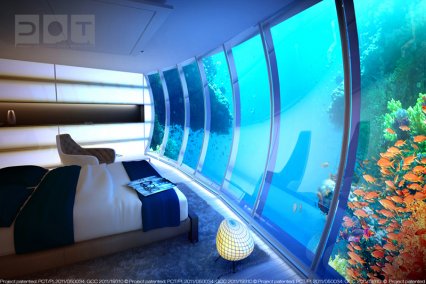 Those not as adventurous will be able to watch the underwater world from their bedrooms.

Podwojewski said: "There are many people who will never have the courage to dive to these beautiful reefs.

"But here you will have the chance to explore an underwater world from the comfort of your bedroom."

The project, valued at up to $50 million, is built of five discs. Two large disc-shaped lounges are built seven metres above water, including a luxury restaurant and spa.

These are connected to 21 bedrooms by a plunging, 30 metre glass tunnel.

It is described as "Star Trek meets the undersea world of Jacques Cousteau," and Podwojewski says inspiration may have come from the James Bond franchise as he is a big fan.