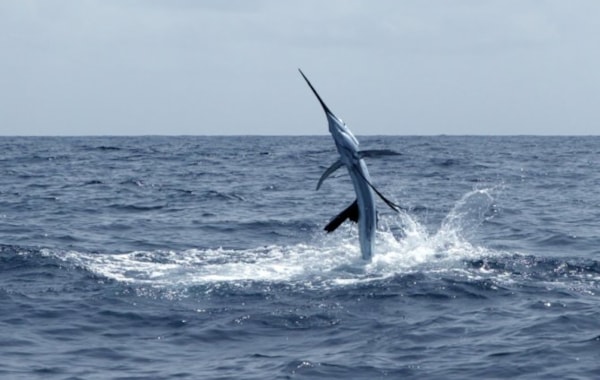 A Malaysian fisherman was left with a stomach wound and severely damaged intestines after being impaled by a swordfish in a freak accident.

The 1m fish leapt from the water as Abu Bakar Bachik and a friend, Rosli Manap, were returning to Port Dickson after a day's fishing.

It impaled Abu Bakar in the stomach.

He told New Straits Times that it felt he had been punched hard in his stomach. "I saw blood gushing out from my T-shirt and realised what had happened.

"I will never forget the sight of the fish flying towards me before impaling me in the stomach right next to my navel."

Rosil took over the steering and when they reached the jetty, Abu Bakar was rushed to hospital where he underwent six hours of surgery.

He said he didn't know how long it would be before he was well enough to go fishing again, but that the experience would not dampen his spirit because he had become "one with the sea" a long time ago.

"Maybe this swordfish sought revenge from me because my stepdad was fondly known as 'Hashim Todak' (swordfish) because in his youth, he liked fishing for swordfish," he said.