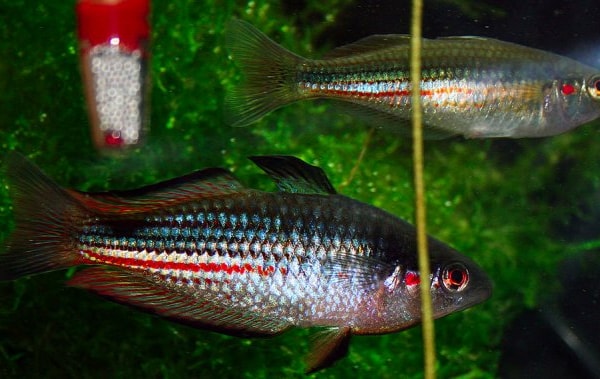 Rainbowfish embryos are not only able to recognise potential predatory threats, but can also differentiate between them as early as four days after fertilisation, while still inside the developing egg.

Australian researchers bred Crimsonspotted rainbowfish (Melanotaenia duboulayi) in an aquarium and left them to develop for four days before moving them to a water-filled petri dish and then adding scented water samples from various sources to see if the embryos reacted to the smell.

The embryos were observed under a microscope to record their heartbeat. 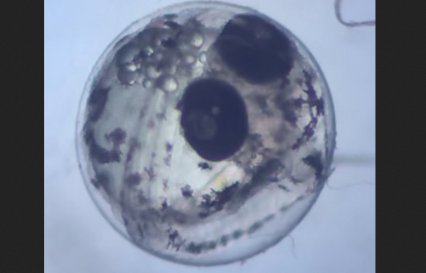 "Rainbowfish are ideal for studying the early development phase, as the eggs are completely transparent and you can see the embryo growing inside," said lead researcher Culum Brown, Associate Professor of the Department of Biological Sciences at Macquarie University.

"When the embryos detect danger their heart rate increases, just as it does if you or I are frightened. Based on the change in heart rate the researchers can gauge how stressful the embryos find various experiences."

Lead author, Lois Oulton, says one of the most important skills for newborn rainbowfish’ survival is the ability to recognise predators, with this study demonstrating how this skill develops even prior to birth.

"We have known for a long time that some baby animals have a general innate ability to respond to threats, but this ability is fine-tuned as they grow and come into contact with various predators," says Lois.

"The results of this study are really exciting, as they show us that these embryos are capable of some pretty complicated processing even at this young age. Their nervous system is obviously well formed."

Brown says: "The technique is also very useful for studying stress in these embryos more generally. We are currently developing the technique for studying the effects of pollutants on the aquatic environment with a view to informing policy makers."

The research is published in full in PLOS ONE.