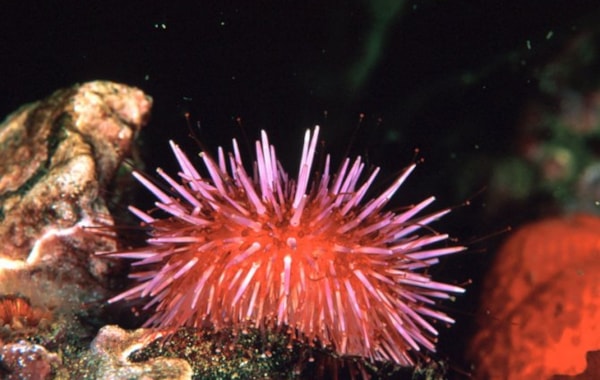 Some sea urchins may be able to adapt to stay ahead of climate change and ocean acidification, as the ocean's carbon content increases.

A study - "Natural variation, and the capacity to adapt to ocean acidification in the keystone sea urchin Strongylocentrotus purpuratus" published in Global Change Biology - aimed to find out how evolution could rescue marine animals from changing ocean conditions.

Urchins are considered a keystone species as their population has an important impact on the undersea ecosystem. Too many or too little of them and smaller or larger organisms suffer.

In the future, oceans are expected to absorb more carbon dioxide which will acidify the water. This is then expected to negatively affect the way calcifying creatures create and maintain their shells and exoskeletons.

Morgan Kelly, postdoctoral researcher from UC Santa Barbara's Department of Ecology, Evolution and Marine Biology, and co-author of the study, says the changes would give the creatures osteoporosis.

Levels of calcium carbonate would decrease with increased water acidity, meaning urchins would develop to be smaller, with thinner shells and, perhaps, shorter spines.

The researchers bred generations of purple sea urchins in conditions mimicking projected changes to the ocean.

They exposed the creatures to 1,100 parts per million of carbon dioxide. Currently, carbon dioxide levels reach 400ppm, with levels thought to increase globally to 700ppm by the end of the century.

The surveyed urchins were collected from two locations off the California coast - a northern area with greater upwelling, and a southern area with shorter, less frequent upwelling. Males were bred with females from the other site and the offspring were observed in projected conditions of the ocean.

The larvae raised under future carbon dioxide levels were, on average, smaller. However, researchers noticed a range of sizes indicating that some had inherited a greater tolerance of higher carbon dioxide levels. This points to the rapid evolution of the purple urchin.

Kelly said: "This is what allows us to predict that this species will evolve increased tolerance - as carbon dioxide rises, urchins that have greater tolerance will have a better chance of survival, and they will pass on their greater tolerance to their offspring."

These findings suggest that ocean acidification may not be as disastrous for sea urchins as previously thought, which is good news for the urchins and inhabitants of their ecosystem.

"The more heritable variation there is, the greater the power of evolution to mitigate the effects of climate change."