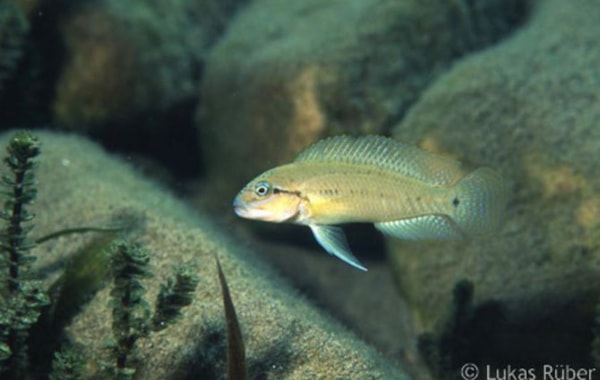 A case containing 48 African cichlids has been recovered after it went missing yesterday while being transported from London to Hull.

The cichlids were being sent from the Natural History Museum to the University of Hull for research purposes by post-graduate scholar, Kai Winkelmann — but the case containing 48 Telmatochromis temporalis was mistakenly taken off the train at Peterborough.

Mr Winkelmann discovered he had no fish when he left the service at Doncaster — and at first he assumed they had been stolen.

He reported the theft at a police station in Doncaster, explaining that the fish required specialist care and would very likely die if they weren’t properly cared for in the next few hours, so time was of the essence.

Officers at Doncaster called British Transport Police (BTP) and rail staff colleagues at Peterborough and Kings Cross, and the fish were quickly tracked down at Peterborough. They were put on the next northbound service to Doncaster where they were reunited with Mr Winkelmann.

He said: "I had been studying these fish, which have been shown to be tremendously valuable for evolutionary biology, for over three years. With great effort I collected the parental fish of the 'stolen' ones from Lake Tanganyika in Africa in 2012. The fish that went missing were their first generation offspring and the last ones I had left, so were extremely valuable, which is why I took them on the train myself and didn’t transport them by other means.

"The fish are tropical so if they stay at less than 23-29°C for more than a few hours they wouldn’t survive so it was vital we tracked down the case. Within moments I saw several officers on the phone and like a miracle they found it at Peterborough with the fish still alive. After a lot of persuasion by the officers at Doncaster, rail staff agreed to transport the case back up to Doncaster and I received my case back within 60 minutes and quickly travelled to Hull to get them into pre-prepared tanks.

"It is thanks to the officers that these fish survived. They went the extra mile and I was extremely impressed at how efficient, determined and oragnised they were. Thanks to BTP the recovered fish have years of assisting in promising research into genetics at the University of Hull."