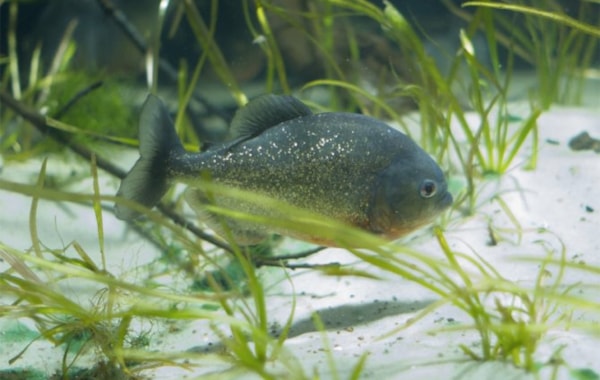 The media in Taiwan is reporting on a fisherman who says he caught a pregnant piranha in a local lake, leading to a frenzy of internet debate and a NT$1,000 bounty.

Online forums in Taitung City, in southeast Taiwan, are buzzing with the rumour that a local lake, called Flowing Lake, often used by swimmers, canoeists and anglers, may be full of piranhas.

Headlines across national media reported that a fisherman, Chiu, caught a piranha in May and said it was pregnant.

Internet users in Taitung are apparently struggling to get a grasp of the scale of the incident, however most remain skeptical.

Eric Hsu, a retired fighter pilot and regular of Flowing Lake, said he would not believe the rumours until he saw the fish himself.

He told the Taipei Times: "I haven't heard about anyone being hurt by piranhas so why not swim there."

Local authorities have formed a group charged with the task of catching any more of the supposed lake-dwellers, due to reported fears of the piranhas' hunting ability.

Although a large number of fisherman, perhaps attracted by the reward of NT$1,000, have flocked to the lake, no more piranha have been caught.

Now, people are looking at the upcoming Dragon Boat races. Last year a boat sank in the lake and organisers are now worried that more dramatic happenings may make viewers uncomfortable.

Lin Pai-lei, a fish researcher at Academia Sinica, commented on the possible lake residents' danger. He said: "The piranhas are not biting people now, this does not mean that they won't bite people later."

If piranha are actually living in Flowing Lake, there would be more of a danger to the local ecosystem than local residents.

A scientist has told the Hong Kong tabloid Apple Daily that piranha are not native to Taiwan and specimens caught are most likely to have been released by aquarium owners.