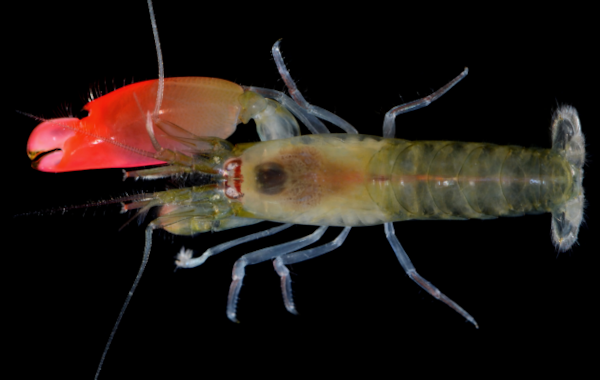 Scientists with a love of rock music have named a new species of pistol shrimp after British rock legends Pink Floyd.

Synalpheus pinkfloydi has a large pink claw, which is so bright that it almost seems to glow.  which it closes at rapid speed to generate sonic energy — this creates a noise loud enough to kill small fish.

Sammy De Grave, of Oxford University Museum of National History, says he has been a fan of Pink Floyd since the band released its acclaimed album The Wall back in 1979, when he was just 14.

Synalpheus pinkfloydi is found off the Pacific coast of Panama.