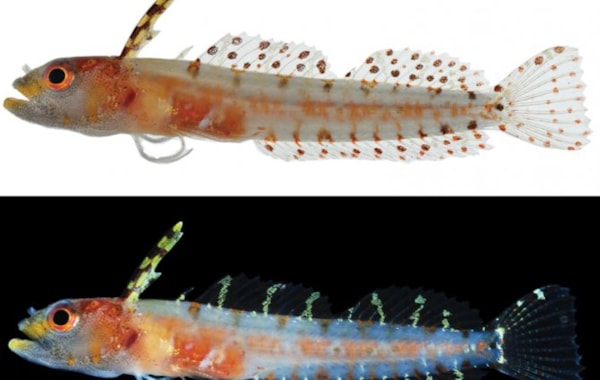 A tiny species of blenniiform has been discovered off CuraÃ§ao as part of the Smithsonian Institution's Deep Reef Observation Project (DROP).

The fish, measuring 2cm in length, was given a proposed common name of four-fin blenny, due to the dorsal fin's division into four sections.
Its scientific name, Haptoclinus dropi, comes from the project's abbreviation and is one of a number of new ray-finned fish species coming out of the project.
The catch happened at a depth of 157-167m off Curaçao using a manned submersible Curasub. These are normally used as a tourist attraction however also used for scientific research.
Lead author of the study, Dr Carole Baldwin from the Smithsonian Institution, says: "Below the depths accessible using scuba gear and above the depths typically targeted by deep-diving submersibles, tropical deep reefs are productive ocean ecosystems that science has largely missed.
"They are home to diverse assemblages of new and rare species that we are only just beginning to understands."