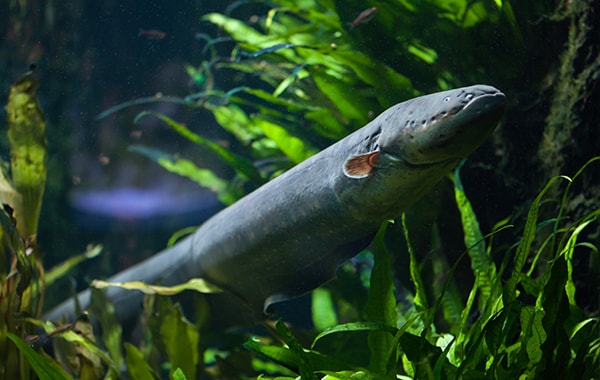 Two new species of electric ell have been described from South America, and one of them packs even more punch than the original, writes Steve Baker.

I’ve heard some horrendous accounts of what can go wrong when keeping electric eels, Electrophorus electricus, in aquaria. One that sticks in my mind is of a staff member in an aquatics shop being thrown across the room in to, and through an opposing rack of stock tanks. They survived as it was a smallish specimen but that has to hurt, and the glass…

Legitimate story or made-up myth, I’m uncertain. But it’s believable from an animal that produces bursts of electricity up to 600 volts!

However, as the years roll by things keep getting bigger and stronger, just look at ‘Mini’ cars… and the new Electrophorus voltai and Electrophorus virii!

That’s right, two new species of electric eel have been discovered in the Amazon rainforest! What’s more, one of them is larger and more potent than the one we already know. With the ability to shock with up to a colossal 860 volts, this 250cm fish grabs the medal for the strongest living electrical source on the planet... that we know of.

A team from the São Paulo Research Foundation identified sufficient divergence in DNA, morphology, habitat and electrical output — a first in taxonomy — to name not just one new species of Electrophorus but two. Taking the genus from one long-standing, lonely member to a party of three. 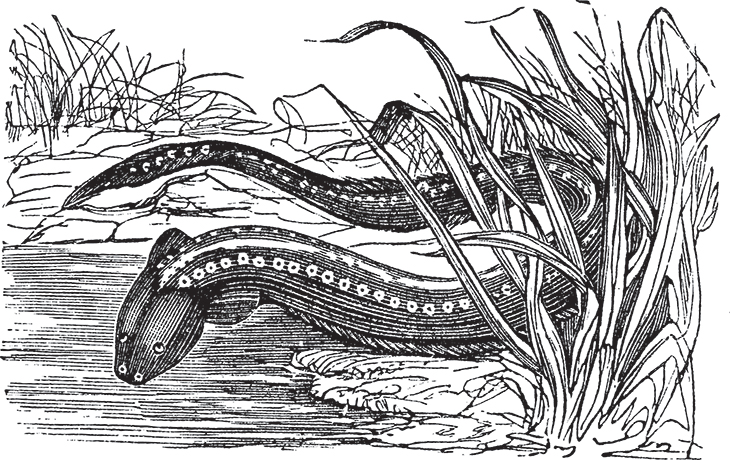 E. electrophorus was originally described by Carl Linnaeus in 1766 as Gymnotus electricus, placing it in the same genus as the Banded knifefish, G. carapo, which he had also described in 1758. In 1864 Theodore Gill moved the electric eel in to the new, monospecific genus of Electrophorus.

Though E. voltai produces more than three times the volts you’ll get from an average home plug socket, the amperage is far lower. With approximately 1 amp produced by the eel, compared to 10-20 amps from a socket they’re unlikely to do real harm to a healthy human.

The species name voltai has been assigned to pay respect to Italian physicist Alessandro Volta, inventor of the electric battery (1799). His work and inspiration lead to the development of electrochemistry as a field of study. 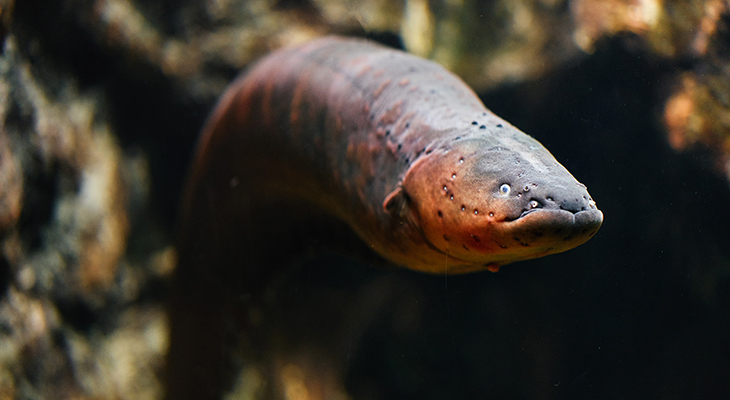 Early indications are that the fish seen imported in to the UK are actually E. varii.

The second new species, Electrophorus varii, was named after American Smithsonian zoologist and ichthyologist Richard P. Varii who died in 2016. Study author and zoologist Dr Carlos David de Santana said 'He was the foreign researcher who most influenced and helped Brazilian students and researchers with the study of fish in South America.

Externally, a slightly deeper head shape distinguishes E. varii from its two genus members. Otherwise, they are visually indistinguishable. Pectoral fin ray counts and lateral-line pore counts go toward identification as well as location. Other than the lower reaches of the main Amazon river (where E. varii and E. voltai can both be found) the range of each species does not overlap.

A sample of 107 electric eels were studied, taken from areas of the Greater Amazon including different habitats in Brazil, Guyana, French Guiana and Suriname.

It’s thought the differing strengths of electrical charge between species is influenced by their habitats. The more powerful E. voltai is found in clear, less conductive waters in the highlands of the Brazilian shield, where a strong charge is needed to attack prey or defend from predators. Lowland waters of the Guiana shield, inhabited by E. electricus, feature low and high conductivity habitats. The lowland waters of Amazon basin, where E. varii is found, are generally of higher conductivity.

The electrifying discovery could lead to a surge in biological studies of the Amazon. Dr Santana said “In spite of all human impact on the Amazon in the last 50 years, we can still discover giant fishes like the two new species of electric eels,”.

He goes on to say the research “indicates that an enormous amount of species are waiting to be discovered in the Amazon rainforest, many of which may harbour cures for diseases or inspire technological innovations”.

In a press release he writes, “If you can discover a new eight-foot-long fish after 250 years of scientific exploration, can you imagine what remains to be discovered in that region?”

Further studies in to the wider diversity of Electrophorus will ensue while the wider scientific community hope to find useful enzymatic and bio electrogenic functions to study.