The latest news from the Nationwide Goldfish Societies UK.

There are four clubs in the UK devoted to keeping and breeding Fancy Goldfish: Bristol Aquarists Society, Association of Midland Goldfish Keepers, North East Goldfish Society and Northern Goldfish & Pondkeepers Society. Throughout the year each holds an Open Show in Bristol, Coventry, Sunderland and Manchester. Judges choose the best Goldfish in at least 40 different classes for Trophies, all to a common standard in (so far) 20 Breeds of Fancy Goldfish.

There is also an auction at each show where surplus breeds of UK home-bred Goldfish are sold – often at bargain prices.

The showing season is now over, but it ended with all four clubs combining in the National Fancy Goldfish Show at Wyken in Coventry last October. 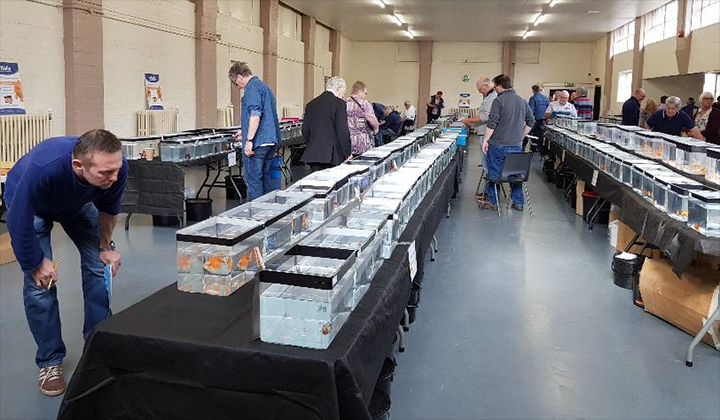 This is their 6th year of the Nationwide Goldfish Shows.

Members of the four Goldfish Societies entered 306 Goldfish in the 63 Classes on Saturday 5th October 2019. 90 Lots of member’s bred Pedigree Goldfish were also auctioned to an audience of 50. Among the judges was the President of the NGPS, Bill Ramsden, who is 93 years old but still active after a lifetime breeding Fancy Goldfish. Best in Show was by the President of the AMGK, Andrew Barton, with his Metallic Veiltail. 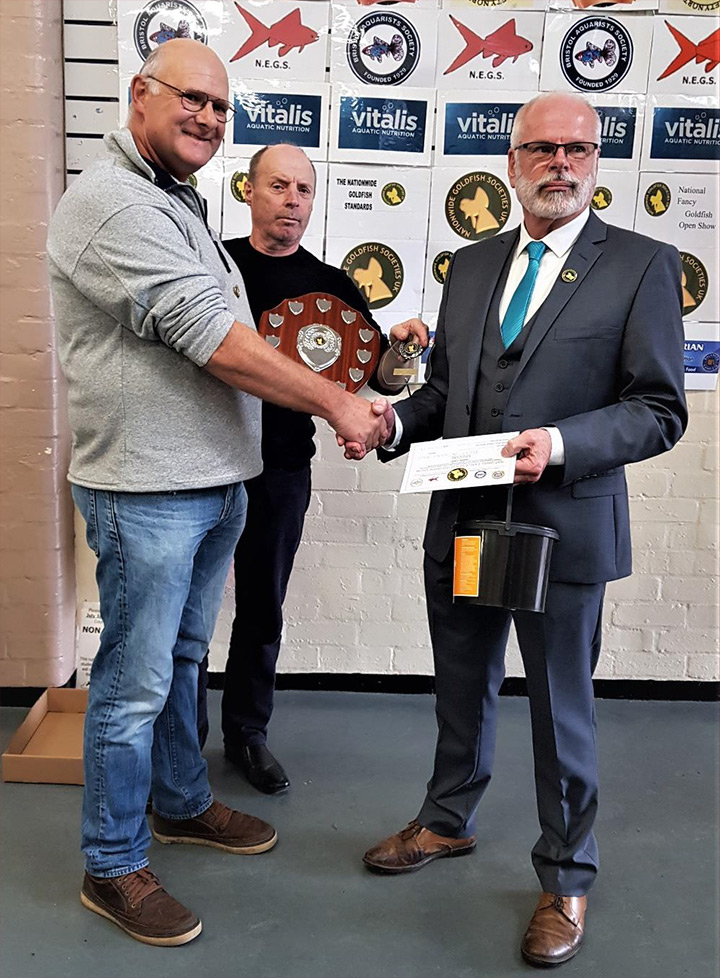 Here he is receiving the Annual Trophy – engraved with each year’s winner – from the Chairman of the Nationwide Goldfish UK, Patrick Davies.

Here are a few of the Firsts in each Class, which shows what a wide variety of Goldfish Breeds are kept by these four Societies. 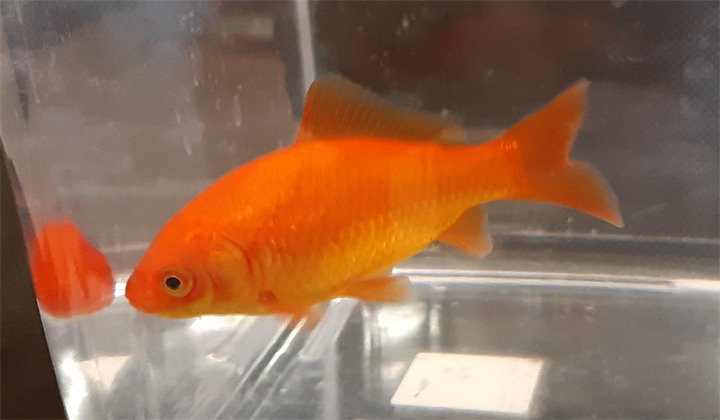 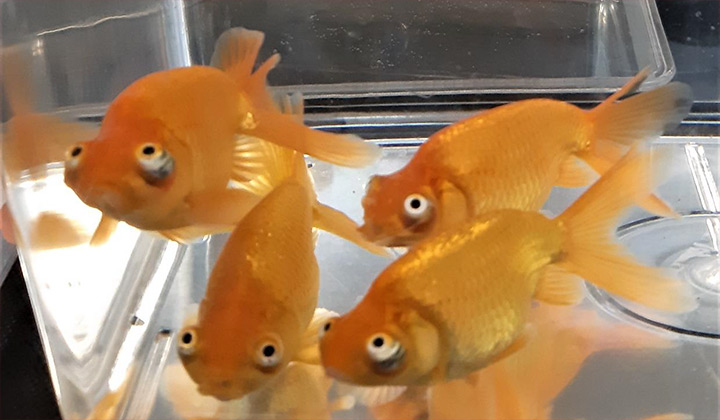 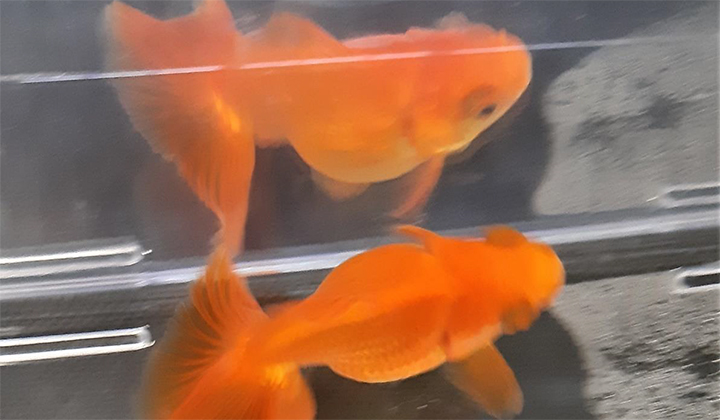 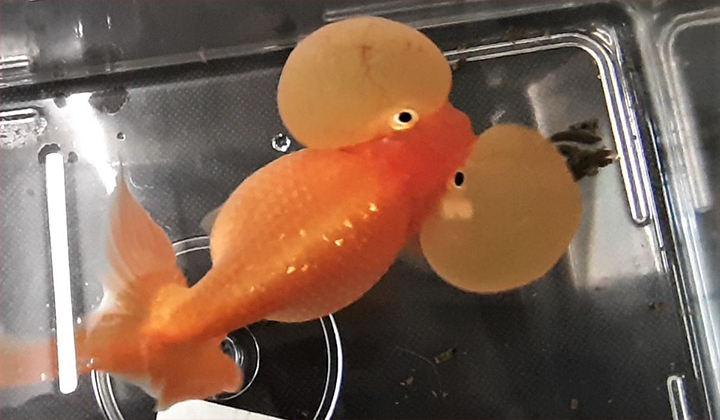 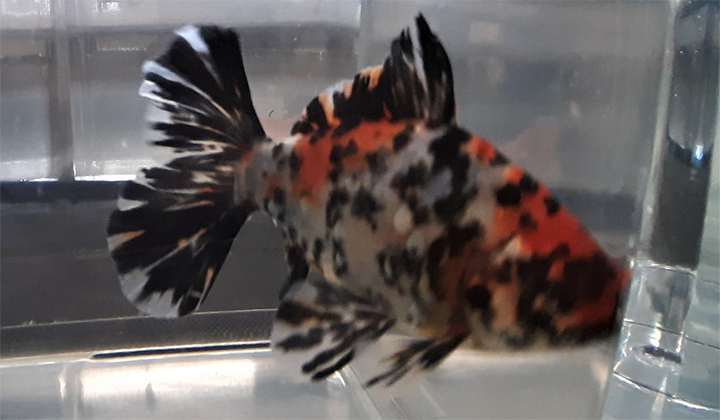 Winner in the AOV (Any Other Variety) 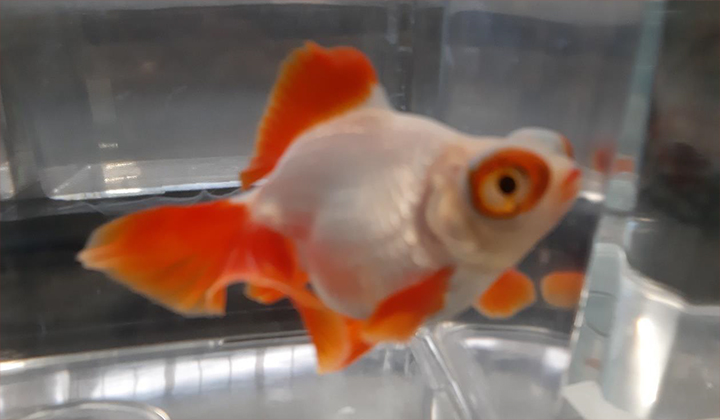 All four societies will hold annual Shows and Auctions in 2020 and the magazine will publish their dates and venues, including the grand finale – the Nationwide Goldfish UK.

The Goldfish remains the most popular pet in the World and if you want to enjoy their beauty you should visit one of these Shows to buy, in their Auction, a healthy, pedigree variety from the UK breeders.