Best in Show was a Metallic Fantail bred by BAS member Bob Jones.

While the eight Nationwide goldfish judges assessed the 230 entries by 23 breeders, the auction was held where an audience of more than 40 bid for 65 pedigree fancy goldfish at bargain prices.... 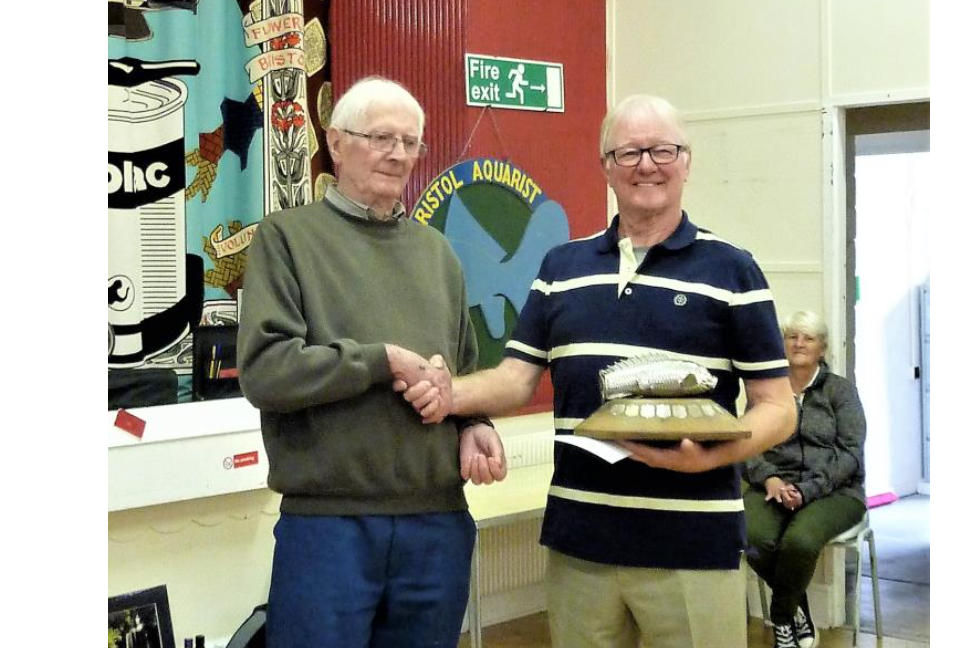 The Club has over 80 Classes of Goldfish with 10 Special Trophy Awards. Here is the Best in Show trophy being given to Bob Jones by Lifetime BAS Member Clive Weeks.

The Bristol Aquarist Society is famous for their development of the Bristol Shubunkin with its long fins and blue background colour. This breed was well represented with young and adult classes plus teams of four. 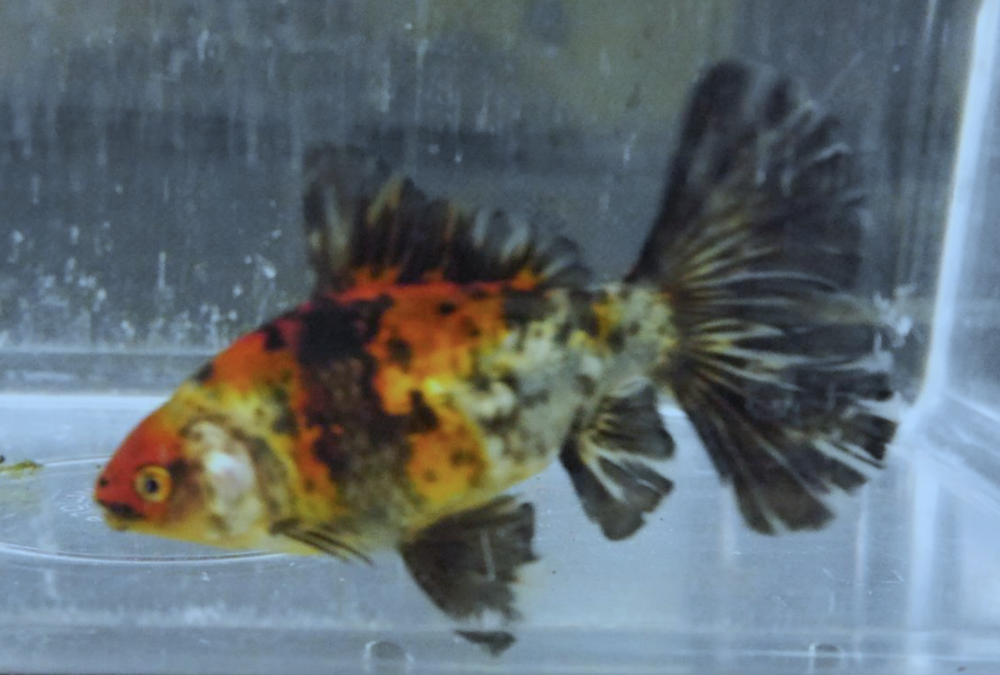 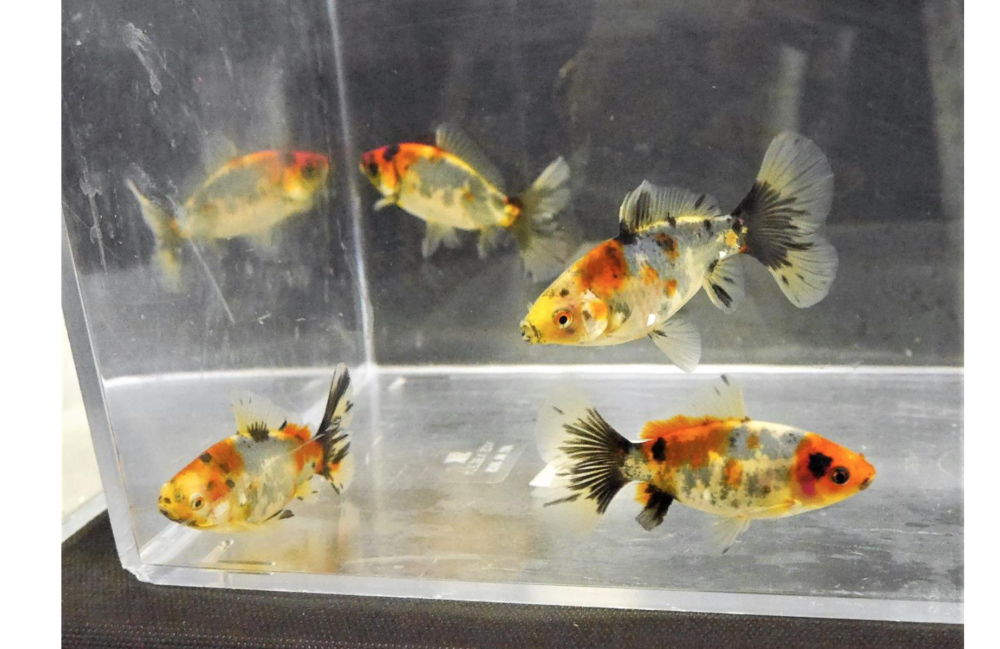 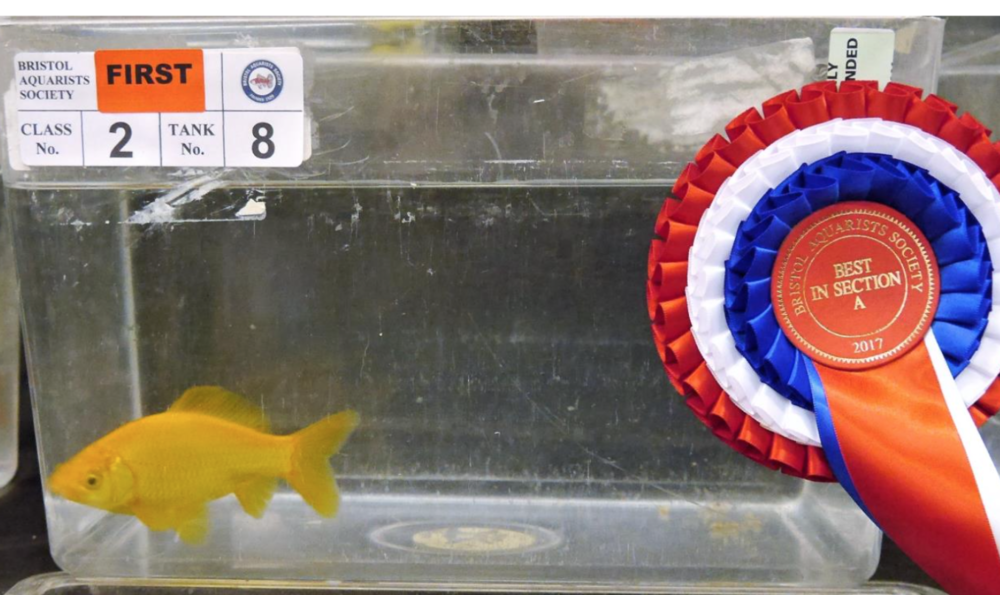 Not forgetting the original Common goldfish ...