The Nationwide Goldfish Societies UK held their final Open Show for this year in Telford’s Village Hall on September 30, 2017. 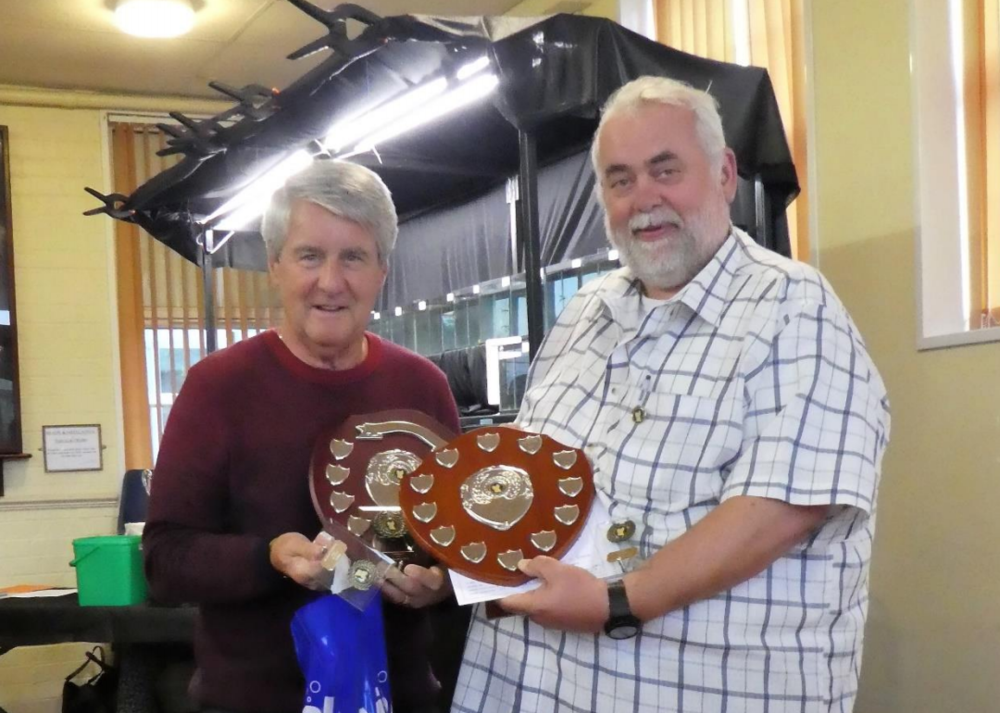 The winning fish – both Best in Show and the Best Exhibit - was owned and bred by the Scottish member of the Northern Goldfish & Pondkeepers Society, Alex King. Here he is receiving both awards from the Nationwide Chairman Sherridan Moores.

There were 166 entries in the 63 Classes all judged to the Nationwide Goldfish Standards UK. The judges were Bill Ramsden (Bill is President of the NGPS and is now 91 years old — still attending and judging Goldfish), Sherridan Moores, Dean Roberts, Andy Barton, Marty Clare, and the above Alex King representing the four clubs in Nationwide UK.

The auction was run by Mick Smith with 57 lots of home bred fancy goldfish, most of which sold for just a few pounds.

Sponsors included Aquarian, FishScience, Biffa and Vitalis, so every First in each Class received a pack of their products.

After judging, the Goldfish were available for free viewing by visitors. Here are just a few of the winning fishes that gained a First... 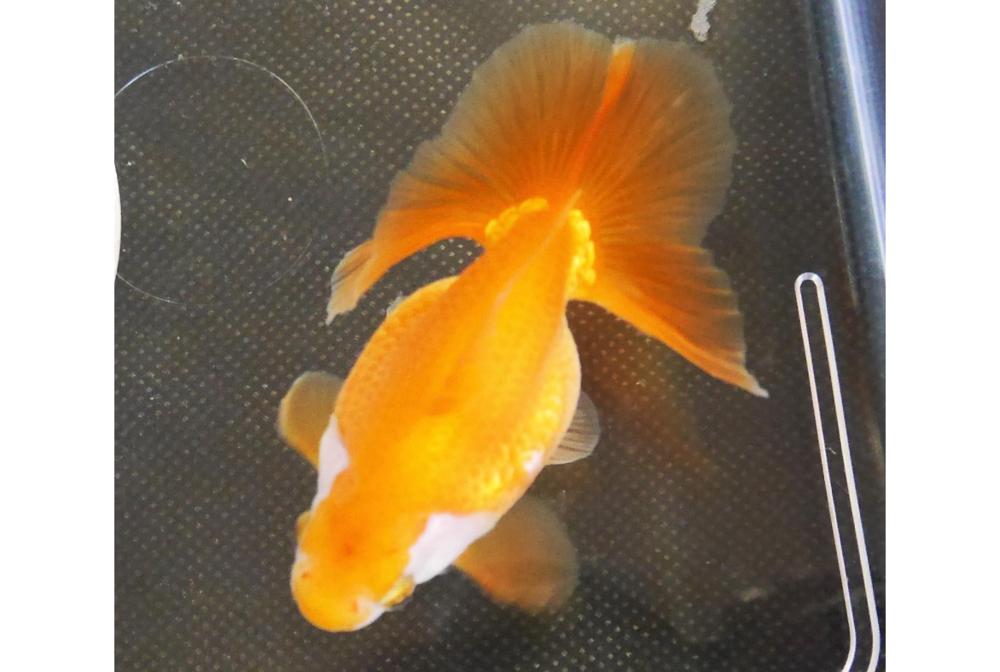 The beautiful tail of the Jikin. 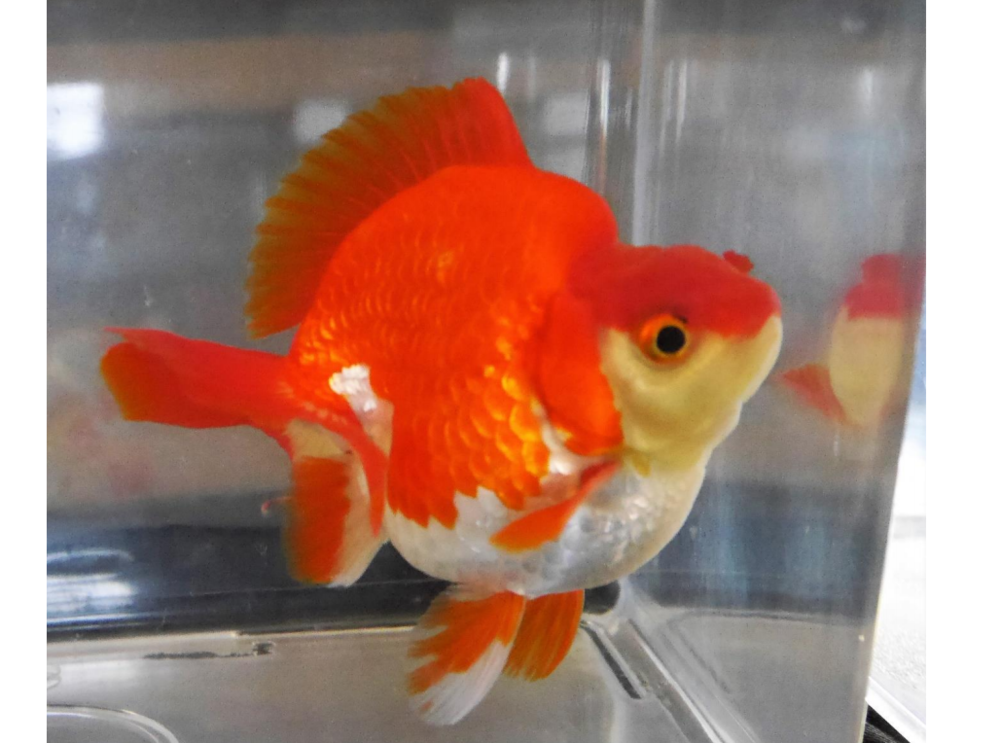 The First among the Ryukins.

A Team of Four Nacreous Veiltails.

This is the end of the year for the Nationwide Goldfish Shows, hope to see you visit all five shows that will take place in 2018. See Practical Fishkeeping for where and when.