More than 100 new marine species discovered in the Philippines The Philippines is home to the most biologically diverse waters on the planet â€” and now scientists have discovered scores of new species.

"The Philippines is jam-packed with diverse and threatened species — it's one of the most astounding regions of biodiversity on Earth," says Terry Gosliner, PhD, Senior Curator of Invertebrate Zoology at the California Academy of Sciences and a principle investigator of the expedition. "Despite this richness, the region's biodiversity has been relatively unknown." 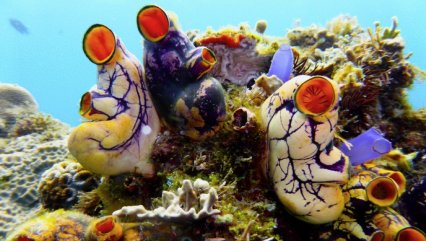 The Academy's 2015 expedition to the Philippines zeroed in on the Verde Island Passage. Scientists surveying the region's diversity snorkeled in sandy shallows, scanned steep, clear-water reefs, and dove in deep-water "twilight zone" regions never before seen by human eyes.

Though the Verde Island Passage houses wildly diverse marine habitats, Gosliner says one spot "shines like a beacon" for sea slug experts on the lookout for new species. This spring, Gosliner and a team of marine invertebrate researchers discovered more than 40 new varieties of nudibranchs — vibrant sea slugs made famous by their poisonous adaptations and importance to biomedical research. Many of these discoveries were made in one notable research site near the Philippine harbour of Puerto Galera.

"This remarkable stretch of coral rubble was carpeted in colourful nudibranchs," says Gosliner, who reported that most slugs he encountered appeared entirely new to science. "It was like an underwater Easter egg hunt. It was one of the most exciting scientific dives of my 50-year career." 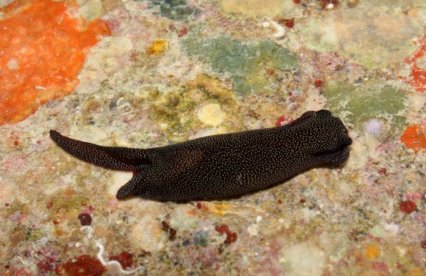 The Chelidonura alexisi nudibranch pictured above surprised Curator Terry Gosliner, who had based a species description on analysis of a deceased specimen. This living animal provided a wealth of new information — what the nudibranch looks like, how it lays eggs, and how it varies within its species.

Rich Mooi, PhD, Academy Curator of Invertebrate Zoology and Geology, knows that the Philippines is an "incredibly special place" for sea urchin research, but admitted to a moment of pure astonishment during the recent expedition. 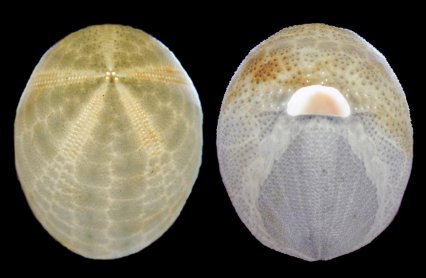 "In 2014, we found the internal skeleton for a lovely new species of heart urchin, about the size of balled-up fist," says Mooi. "I remember saying, 'I haven't the slightest idea what this is!' This spring, we found several more deceased specimens, but lost hope that we'd find a living urchin with all its appendages and spines. I thought we'd never know what this cool beast actually looked like."

But a live specimen was discovered 70 ft below the ocean's surface off Puerto Galera. Mooi marveled at the heart urchin's pinkish-white spines, "like silk, or fine hairs." While in the process of completing a formal species description, researchers linked the new discovery with a long-lost relative from the Prenaster genus — a fossil species that roamed the seafloor roughly 50 million years ago.

The academy is planning a Twilight Zone exhibit at the Steinhart Aquarium in San Francisco, featuring animals collected at depths of up to 500ft on the expedition.

"More humans have visited the moon than have dived to the twilight zone," says Steinhart Aquarium Director Bart Shepherd. "Most of what we observe and collect is so special — and often new to science — that we invented a custom decompression chamber to safely transport fishes to the surface. Seeing these animals in-person will help the public learn more about why we need to explore and help protect the entire ocean, and not just what lives at the surface."

Twilight zone specimen highlights include 15 species of fish as well as multi-coloured comb jellies. The Twilight Zone exhibit opens in the summer of 2016.