Nathan Hill expresses his concern over the number of inadequate aquaria currently on the market.

Did you hear about the fish that lived for years in a goldfish bowl? It was absolutely fine, I'm told. In fact, based on how often I'm reminded that someone had a goldfish as a kid, and it lasted for so very long, I'm inclined to suspect there's a global conspiracy with goldfish farmers to produce defective goldies. Maybe there's been some farmer collaboration with researchers who design Zebra danios for scientific study, so that goldfish now include a timed gene that kicks in after a few months, causing them to die prematurely. In this way, gloating goldfish mega-corporations can fill swimming pools with hard cash raised from repeated Black moor sales, and dive into them like kids' ballpens. 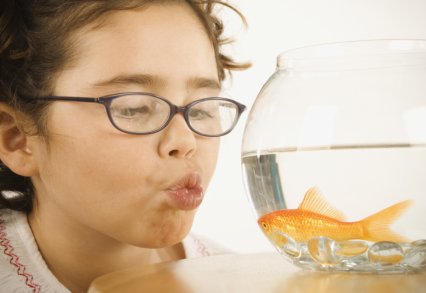 Or perhaps – just perhaps – there's something else at play. Perhaps those 'fine' goldfish from way back weren't so fine as they appeared. A lot of folks, when talking of these nostalgic years of goldfish bowls, refer quite specifically to a period in their childhood. Their parents had a bowl, or an aunt, uncle or grandparent did. Now I don't know about you, but when I was a child, a lot of things deceived me. My uncle once stole my nose (I got it back) and my dad could 'remove' his thumb and slide it up his hand.

Obviously, these feats were just the exploitation of my innocent naivety. When I was eight or nine, the wool was quickly pulled over my eyes. To the point that if I happened to have a goldfish (which I did) in a bowl (which I was close to) and it died (which I'm assured by my folks didn't happen), then I'd have easily believed any lie concocted by my parents regarding its replacement. If it had gone from the red and white sarasa (which it was) to a bright yellow canary variety (which it didn't), I'd have believed my folks when they assured me that it was perfectly normal for goldfish to change colour (which, in fairness, many will do slightly anyway). I'm pretty sure you can see what I'm hankering at with this, but let's make it explicit anyway. 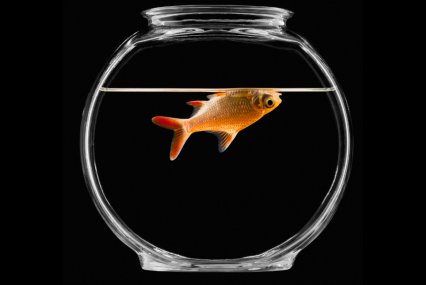 It's very, very likely that the goldfish you remember from your childhood was replaced multiple times, if it was kept in a bowl. Goldfish weren't expensive luxuries back then, attitudes were different towards the welfare of fishes, and your typical 1970s or 1980s pet shop with a small handful of tanks at the back would not have been familiar with concepts like ammonia, nitrification of wastes by filters (or just filters, for that matter), or trying to elevate the wellbeing of the poor specimen involved.

Yes, we used to keep goldfish in bowls. We did lots of horrible things if you want to go back far enough. We used to deny people rights based on gender, age or race once, too. We used to think that circuses with lions and tigers were great back in the day. That doesn't mean that any of this was a good thing. We progress. We leave the bad ideas behind us and embrace new ones that are better. Like filtered aquaria of a reasonable size for fish.

Or at least, some of us do.

I'm actually going to take a step back a moment and congratulate the majority of the industry for the work taken to improve the welfare and even the status of fish. Fish companies on the whole do a great job at providing adequate (and beyond) living conditions for the creatures destined for their products. I know that for a very vocal minority, I've just stoked the fires by saying that, and I'm sure the comments box below will fill with examples of people outraged at tiny set ups designed for Betta, or similar. But this is quite my point: the actual percentage of such tanks in the trade (from reputable brands) relative to the good stuff is about as small as those vociferous few who become so frenziedly incensed by them.

Most manufacturers know now that with one or two diabolical product lines, they come closer to becoming pariahs within the industry. Viral phenomena, the proliferation of forum discussions and rampant blogging have made companies more wary than ever of what they produce. Nobody wants to be known as the maker of a product that receives a universal beasting.

Admittedly for some it's harder than others. Corporations that span multiple countries need to be aware that what might work (or be ethically accepted) in one nation might be totally shunned by another. The occasional Dodo of a product makes an appearance, but usually doesn't stick around long. Lines evolve, as they have done for the last few decades, and runts are increasingly weeded out. 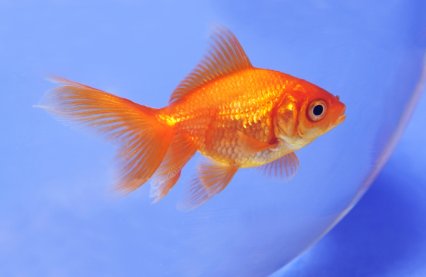 The problem now is that the institutions of the aquarium trade — the retailers specifically — are becoming subverted by online gimmickry. I've written about this multiple times, and at length, so I won't even recap. Just know that the problem now faced isn't the aquarium trade behaving irresponsibly, but outside companies and bedroom-trading Amazon wannabes pumping out non-fishkeeping products under the guise of a legitimate business.

Specifically, I just need the quickest glance around to see bowls, picture frames and wall mounted semi-bowls being sold from major, major platforms. For under £20 I can get something to nail to my wall, complete with garish gravel and an equally bright plastic plant. Needless to say, there's no mention of a filter, either as an accompaniment or a requirement.

Some of you by now are maybe thinking that a short stint to trading standards could get such a device removed from circulation. But is it really that simple? Ultimately, is it even wrong to sell something like this for fish? I personally think so, but I'm far from infallible.

'Fit for purpose' is a phrase bandied about as though it has a meaning far stronger than it does. I've had the line thrown at me before, in moments of anger or desperation, as though this completely Plasticine term amounts to a bona fide statement, as opposed to the incoherent mash that it actually is. Never underestimate the power of malleable language.

I'm looking at a few such tanks as I write this. The clever thing I'm noting with many is that though they claim the word 'fish' in the title (you'll pardon me for not embarking on the legal quagmire of naming and shaming specifics) at no point am I seeing reference to the item's suitability as an actual fish home. Reference is made to entirely subjective points, like the desirability of owning several of said item, or how easy it is to clean, but nowhere are they claiming it to be anything more than a display piece to go on the wall/coffee table/office desk. 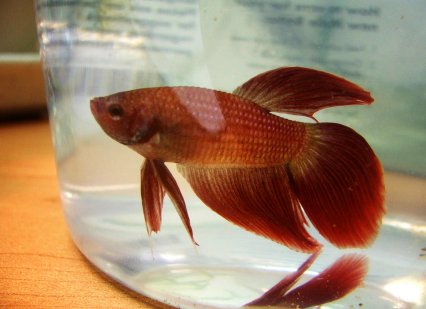 Worse still, when I look at feedback, those people who have opted to include fish have, on the whole, only good things to say. "My xxxx is loving it in here," writes one. "Too small for goldfish, but my two xxxx seem very happy in it," writes another. In this sense, we now have another quagmire. Perhaps, just perhaps, for some people, these tanks are fitting the purpose they've been bought for rather well. Maybe some folks are happy to do a 25% water change twice a day, utilise a bacterial supplement, or maybe even just keep the thing full of zeolite, and the fish inside are exposed to even less wastes than they would be in a 90cm/36in community. It's sometimes hard to take a complete moral high ground. But I think we all know that this isn't happening. The fish are wading about in their own slurry, their gills slowly clubbing, their livers and kidneys battered by nitrogenous wastes, and they're waiting to die.

All of this said, I am going to take a firm, advisory position for anyone looking to get an unfiltered bowl. Don't do it if you want fish. The likelihood that pollution will get out of hand is too great, the chances of the fish suffering incredibly high, and success rates are negligible. But this is very optimistic on my part. The kind of person thinking of browsing about online for a goldfish bowl or gimmick tank is wildly unlikely to be reading this blog.

This is why we actually need the vocal few who take contention to such tanks. We need you more than ever, to be loud, to make a fuss about the peddling of inadequate gear to newcomers. The problem we face is not the buyer, per se. The buyer doesn't know yet that a goldfish bowl will be a problem. They'll only find that out once they have the fish. They don't know because they're not 'fish people' quite yet. The chances are that they are the very folks who recall a goldfish bowl from youth, who don't know what ammonia is, or why a filter is needed. They are making a mistake, for sure, but not through callousness. They genuinely don't know.

The pressure needs to be leaned on those providing such tanks. Squeeze them, I say, Drop them an email asking why they're using 'fish' in the name of their product. Are they saying that the set up is okay for livestock or not? Force an answer from them. Ask them to drop the 'fish' part. Sell the things as ornaments, but stop selling them as though they're okay for goldfish. I'm confident that the guys and gals retailing this stuff will soon get tired with having to respond to twenty emails asking the same thing every day, and eventually they'll drop the offending term.

In the meantime, if you do know anyone who's considering a bowl, or such like, then please link them blogs like this. If we can get a few more vocal people on side, then perhaps we can stem the tide of poor tanks before it becomes a pandemic.