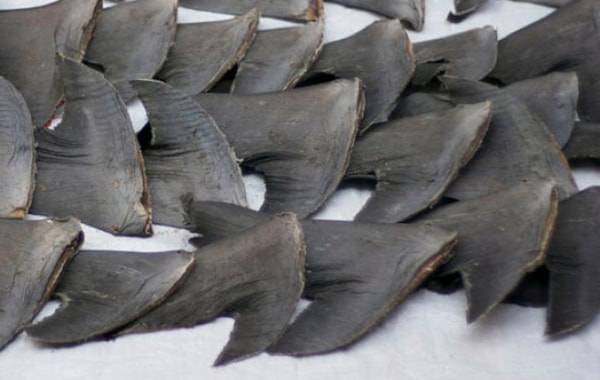 Hong Kong has seen imports of shark fins drop by up to 30%. This is significant, as it received roughly half the world's shark fin harvest in 2012, importing more than 1,160 tons, according to government figures.

A conservation campaign by a coalition of 60 environmental groups has led to a total ban on shark fin haulage by major airlines such as Qantas and Air New Zealand, with Emirates recently joining this list. It's also reported that at least two major shipping lines have announced they will no longer carry shark fins.

But the weakening economy is also thought to have played a part, along with a nationwide crackdown on extravagant entertaining by officials in China — which has led to a fall in the consumption of shark fin soup at banquets and restaurants.

Ricky Leung Lak-kee, chairman of the Hong Kong Marine Products Association, said the bans were having a devasting effect on "very poor fishermen in very poor seaside areas, like India and the coastal countries of Africa, and Latin America.

"If they were not poor, they would not go out fishing for sharks," he added.