Hagfish slime - you may soon be wearing it! 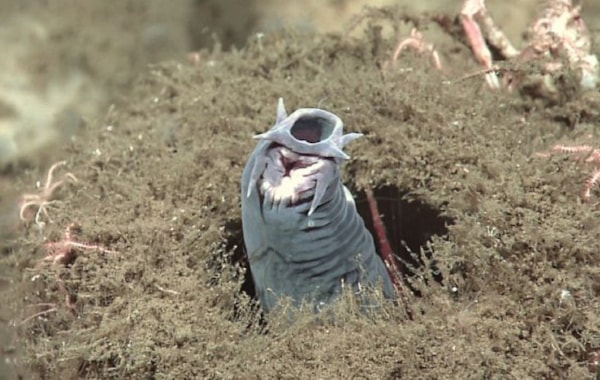 Hagfishes are an ancient group of eel-like, bottom-dwelling animals that have remained relatively unchanged for more than 300 million years. They secrete a gelatinous slime when threatened - and a lot of it!

According to a report in The World, scientists at the University of Guelph in Ontario, Canada, have found that the thick mucus produced by hagfish is composed of thread-like fibres. The fibres are thin and incredibly strong and when stretched and dried, become silk-like.

These protein threads have the potential to be spun and woven into novel biomaterials, providing an eco-friendly alternative to synthetic fibres such as nylon and spandex.

It's hoped that the fibres can be produced in a laboratory in the future, rather than harvested straight from the hagfish - and scientists are even looking at ways to make similar threads using genetically engineered bacteria.