Fish with nose-rings on sale in India 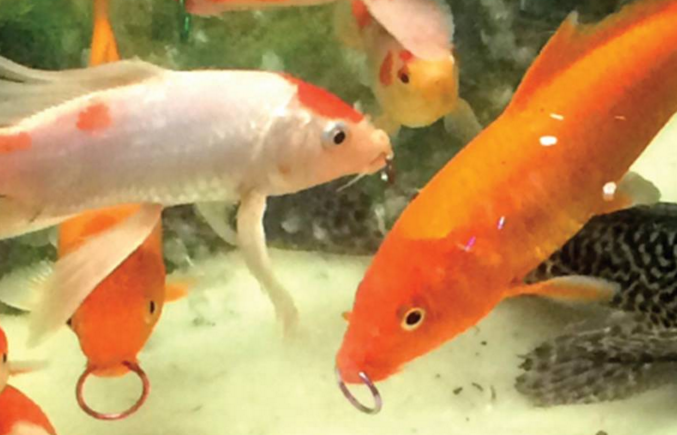 We’ve seen dyed fish, tattooed fish, heart-shaped fish, balloon fish, and now it seems the latest trend — in India at any rate — is fish with nose-rings!

These goldfish were among a number rescued by an animal welfare organisation in India. People for Animals (PFA) was contacted by a teacher who had discovered the unfortunate fish on sale at a pet shop in Rajarajeshwari Nagar, in Bangalore, at prices ranging from Rs.500 to Rs. 800 (£6.75 to £9.85 a pair).

The owner of the shop was taken to the local police station where he was let off with a warning with non-cognisable report (NCR) as this was his first offence. He was also ordered to keep the pets in shade, reports The Bengalurean.

The rescued fish were taken to the PFA facility where the piercings were removed.

“People don’t take distress of fish seriously. But they’re also living beings like us. I hope people learn to see through these gimmicks,” said Sarath Lal, an animal welfare officer with PFA.

Unfortunately the fish with piercings had proved quite popular and the pet shop owner had already managed to sell a fair number before the PFA stepped in.