Do pedicures stress Garra? Tests suggest they do 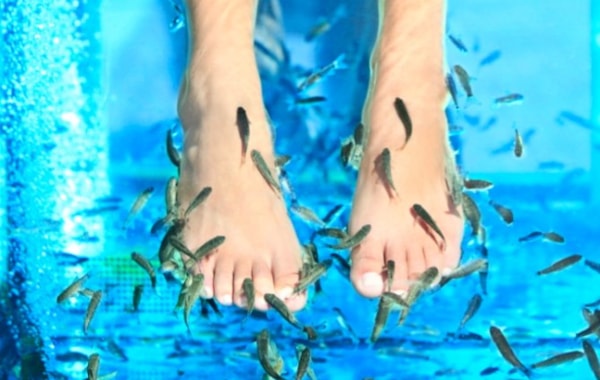 It is safe to say that there isn’t a wealth of information about how Garra rufa feel about being used in fish pedicure facilities, and the phenomenon is so new that there literally hasn’t been time for scientists to evaluate their condition empirically.

However, a dissertation provided by Charmaine Millar, a student who has recently completed a BSc (Hons) in Animal Behaviour and Welfare with Chester University, gives some very compelling suggestion that the practice is far from the interests of the fish.

The essence of the research was generally straightforward, although the methods exacting and time consuming. In a nutshell, Garra rufa were kept in four measured, controlled environments (plus controls), each tailored in a slightly different way. Two environments were stocked at a density considered optimal under OATA guidelines, and the other two were overstocked, mimicking the conditions typically found in a Garra rufa pedicure spa.

The environments were divided again, so that some systems remained barren, while others were enriched through the addition of plastic plants.

Temperature was controlled centrally, with water at 24°C +/- 1°C at all times. All tanks were given a 12 hour on, 12 hour off light cycle, and all were fed the same foods at the same percentage/bodyweight ration. Uniformity throughout the research was of paramount importance. The fish weren’t even allowed to be disturbed unnecessarily, being stored in a safe room, under lock and key. 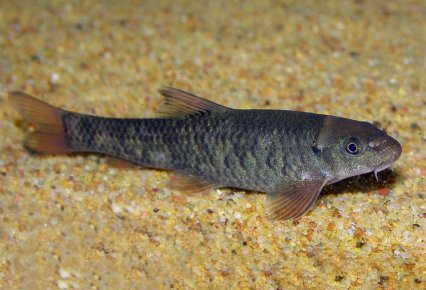 The aims of the research, as stated by Charmaine, were to "identify the welfare implications of housing G. rufa under optimal and high stocking densities and in barren versus enriched conditions.'

To monitor the levels of stress created by the actual use of Garra, the ichthyotherapy element of their role, so to speak, the fish were exposed to novel objects for a period of time, emulating the addition of hands or feet to their environment, and then they were observed, with ethograms formulated to record their behaviour. As well as these ethograms, cortisol levels of the water were also measured after each novel object session.

The role of the observation was to understand the behavioural reactions of the fish to the novel objects. Fish were classed as either bold or shy, pending their proximity to the object while it was in the tank, and especially pertaining to how long they remained in close or distant proximity. The idea here is that boldness or shyness in a species can be a good indicator to their welfare, with shy, skittish fish being potentially more stressed than their bolder counterparts.

Cortisol levels are an incredibly good indicator of stress in fish, especially chronic stress, with cortisol being a hormone created by the adrenal glands of fish kept for long periods in substandard conditions. It is, however, not the easiest thing to test for, and in some cases involves destruction of the fish in order to extract blood. Here, however, a method of measuring cortisol in aquarium water was employed.

By taking this double-barreled approach, the idea was to correlate and fill in the gaps created by critics of the physiological-only, and the behaviour-only camps. By covering both bases at the same time, Charmaine produced a much more comprehensive set of results than just one of these fields would have revealed.

Although the full methodology is too large to sum up in a single, short blog, and the results too lengthy for me to list here, our interest rests with the outcome. What did all of this longwinded research actually show? 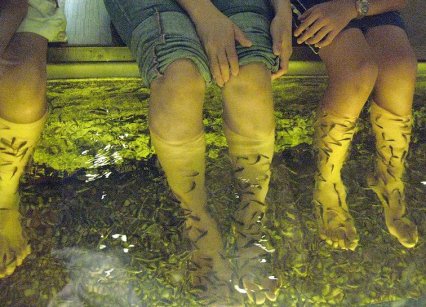 What was the result?

In what might come as a surprise to nobody, there were both behaviour and physiological differences between the optimally kept fish, and those closer to spa conditions. So, although it might not be unexpected, now at least people aren’t in such a strong position if they say ‘nobody knows how spa fish feel.’ We have a better idea now, and the suggestion is that they possibly feel rubbish.

The behaviour of fish avoiding novel objects placed in their tanks was markedly higher in the overstocked aquaria, regardless of whether those tanks had enrichment inside or not. On the back of that, I’m guessing that it doesn’t really make much difference whether or not a spa has a hidey hole for the fish, they could still be stressed.

As for cortisol levels, the difference was quite large indeed between the various environments, with fish from the overstocked tanks testing for over twice as much cortisol in their water as the optimally stocked Garra (after factoring differences in for stocking levels.) That’s not to say that cortisol wasn’t being produced by the fish in optimally stocked environments, because it was. But to nowhere near the extent as those fish in the overcrowded conditions.

An important consideration to bear in mind here is that the cortisol level in the optimally stocked tanks didn’t increase in response to novel object addition, above their nominal values.

Interestingly, previous research with some species of fish (especially trout) indicates that we would often expect cortisol levels to go down with an increase of stocking density, quite the opposite of what we have here.

Of course, Charmaine is aware of the shortcomings of her research, as comprehensive as it is. She notes that many factors need to be considered, especially in any future experiments of this nature.

She notes, for example, that there are observed differences in some fish species as to how quickly they alter their bold or shy behaviour depending on their sex, with females learning faster, and becoming bolder than male fish. With Garra so difficult to sex, it would be difficult to factor such data in the existing work.

She also suggests that the choice of enrichment may be improved upon, with plastic plants being somewhat distant from the Garra’s usual choice of rocks and sediment. Although, given that the fish in question were donated by Maidenhead Aquatics Moreton Park for the purpose of the experiment, and given that their history was one of a Far Eastern farm, it’s unlikely that said fish would have had any real idea of what their natural habitat should be.

Whatever the pitfalls, the work shows for the first time a good correlation between stress in Garra rufa in foot spa conditions compared to those kept the way that any other aquarist conforming with the Animal Welfare Act would keep them.

It’s worth remembering, of course, that this isn’t the final word on Garra rufa spas, and that we shouldn’t all race down to our local facilities with burning torches and pitchforks, but it does at least offer a good opening to any researchers wishing to take the subject further, as well as a discussion topic to bring up with those pro-spa folks out there.

Who knows? Maybe one day we’ll all be able to hold strong empirical evidence in our hands and state 'I told you so' as we beat down the doors of fish pedicure centres. We’re just not quite there yet.

Huge thanks go out to Charmaine Millar who openly shared her entire dissertation with us at Practical Fishkeeping, as well as to Peter Hands from Maidenhead Aquatics, without whom the whole project would have been devoid of fishy subjects.