Concerns for sea cucumbers in the Great Barrier Reef 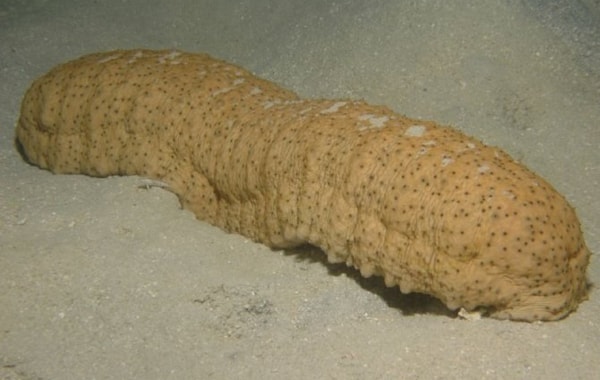 Sea cucumber fishing in the Great Barrier Reef Marine Park is showing worrying signs of being unsustainable, according to a new study.

Many species being targeted are endangered and vulnerable to extinction, as determined by the International Union for Conservation of Nature (IUCN).

Sea cucumbers are harvested around the world to produce the product 'trepang' or 'beche-de-mer' which is especially popular in China.

"Sea cucumbers play a vital role in reef health and our previous research indicates that they may help reduce the harmful impact of ocean acidification on coral growth. The viability of their numbers may well be crucial to the condition of coral reef ecosystems," said Maria Byrne, Professor of Marine Biology at the University of Sydney, co-author of the study.

"The Crown-of-thorns starfish is often singled out as responsible for the decline in the barrier reef. This work suggests that overfishing of ecologically important species such as sea cucumbers, may have also contributed to this decline."

In recent years more than 24 sea cucumber fisheries in tropical nations including nearby Samoa, Papua New Guinea and the Solomon Islands have had their fisheries closed due to overfishing.

Overfishing is often blamed on the limited capacity to manage fish stocks in these, often poor, countries.

"Tropical fisheries have followed a predictable path of responding to declines in catches of high-value species by switching to other, often lower value, species which are now also overfished," said lead author Dr Hampus Eriksson, post-doctoral researcher at Stockholm University.

"We conducted the study on this fishery on the Great Barrier Reef to see what Australia could share with low-income developing countries that lack management capacity."

Sadly, the team found striking similarities with low-income countries. Its analysis of catch reports in the Great Barrier Reef over 20 years from 1991 to 2011 showed the same pattern of exploitation with no baseline data to assess change.

In the Great Barrier Reef fishery, the only industrial scale tropical fishery, Dr Eriksson said that with declining catches of high value sea cucumber species such as Holothuria whitmaei and H. fuscogilva, fishers had turned to other, lower value species such as Actinopyga spinea and Stichopus herrmanni (pictured at the top of the page) which were also being overfished. These latter two species now constitute 80% of the total catch.

"Pursuing profits by targeting abundant species which sell for less while continuing to fish scarce high-value species is a pathway to their extinction," said Dr Eriksson.

"This substantial shortcoming in fishery management is not appropriate for a fishery in the iconic Great Barrier Reef Marine Park, keeping in mind that UNESCO may declare the park as a 'World Heritage Site in Danger' and the recent downgrade of reef condition from 'moderate' to 'poor'."