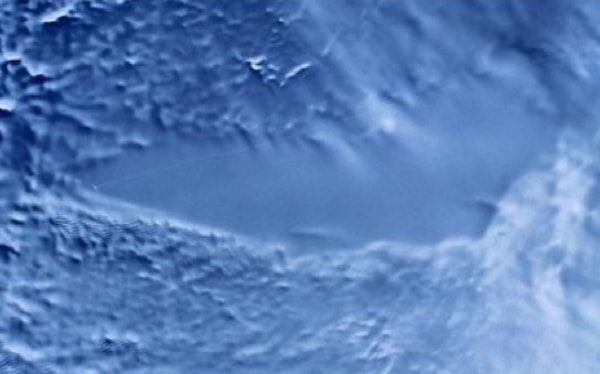 A lake which has been trapped beneath the ice in Antarctica for millions of years may still be home to complex animals - possibly even fish.

A lake which has been trapped beneath the ice in Antarctica for millions of years may still be home to complex animals — possibly even fish.

Scientists have studied genetic material in samples of ice extracted near the surface of Lake Vostok — which lies more than two miles below the ice sheet in the Antarctic — and found signs of life.

Lake Vostok is the fourth deepest lake on Earth and one of the most extreme environments: completely dark, incredibly cold with intense pressure from the ice above and possibly also extremely high levels of dissolved oxygen delivered by melting meteoric ice, in addition to limited nutrients. It was sealed with ice around 15 million years ago and is thought by some to be sterile.

But in the study by scientists from Bowling Green State University in Ohio, more than 3,500 different DNA sequences were identified. The majority were bacteria, but there were also more complex multi-celled organisms such as fungi, a rotifer, tardigrade, nematode, bivalves, sea anemone, crustaceans, and possibly fish.

Millions of years ago the lake is thought to have been open to the air and surrounded by a forested ecosystem. In the climate that existed then, researchers suggest the lake probably contained a complex network of marine organisms.

While the current conditions are different, scientists say that the lake seems to have maintained a surprisingly diverse community of organisms, which may have slowly adapted to the changing conditions during the past 15–35 million years as the lake converted from a terrestrial system to a subglacial system.

The researchers say: "The species indicated by the sequences include those that participate in many parts of the nitrogen cycle, as well as those that fix, utilise and recycle carbon.

"The higher concentrations of microbes in accretion ice compared to the overriding meteoric ice, and the presence of RNA, suggest that viable organisms exist in the lake water.

"Therefore, Lake Vostok might contain a complex web of organisms, zones and habitats that have developed over the tens of millions of years of its existence."