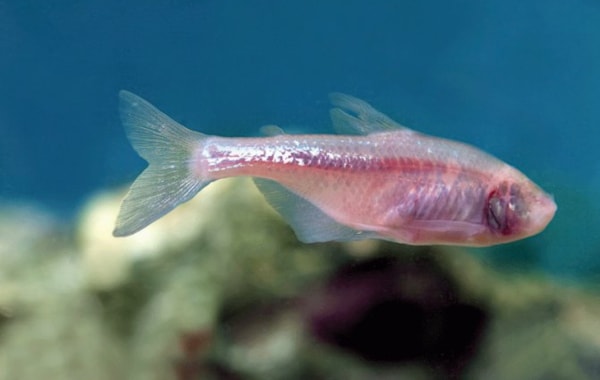 The eyeless, cave-dwelling form of the Mexican tetra fish (Astyanax mexicanus) has surrendered its circadian rhythm for the sake of saving energy in its pitch-black habitat.

The absence of a day/night cycle in the cave-dweller's metabolism has resulted in a 27 per cent saving in energy use, the scientists report today in PLoS ONE.

Most animals have a clear day/night circadian rhythm according to their metabolism says lead author and fish biologist Dr Damian Moran, now a senior scientist at Plant and Food Research New Zealand.

"The reason why the metabolism is ramped up for day-active animals is that they are preparing for foraging, digestion and are anticipating all these physiological processes that they need to be ready for," he says.

However the cave-dwelling, eyeless form of the tetra appears to have eliminated that cycle, and as a result, uses significantly less energy over a 24-hour period compared to its surface-dwelling counterpart.

The Blind cave tetra is a popular species among evolutionary biologists, says Moran, because the surface-dwelling and cave-dwelling forms are physically very different, but still similar enough that they can interbreed.

"It's all about saving energy in these food-limited environments."