Workers from a local plant hire firm worked all through the night to try and save Paul Masters' fish by aerating the water after sewage backed up and ran into his pond and swimming pool.

Mr Masters inherited the fish from his father and some were more than 20 years old. At the time of the report 20 of the fish had already died, but another 30 were still at risk. 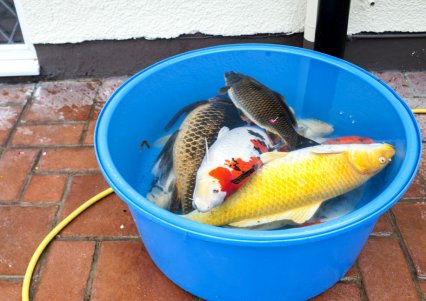 According to a report by the BBC, more than 200 homes were flooded on Canvey Island 6cm/2.25in of rain fell on Sunday. A pumping system, which deposits flood water over the flood wall and into the Thames Estuary — was struck by lightning and remained out of action for 12 minutes until back-up generators came on, according to the Environment Agency, although residents say it was much longer.