40 pondfish die after workmen house them in a skip! Forty fish died after being stored in a skip while essential maintenance works were being carried out on a public pond.

The fish were among around 1000 living in Preston Park Pond (pictured below) in Brighton, which was being drained to fix a leak. The dead included Koi and goldfish. 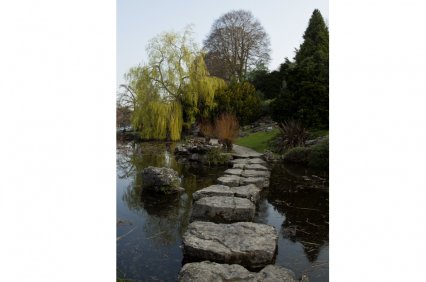 Brighton and Hove City Council had temporarily housed the fish on-site in skips, when the major repairs — expected to take around six weeks — started in January. But it's believed that the water inside the skips wasn't oxygenated or refreshed, leading to the deaths of 40 of the fish.

The RSPCA says it had warned the council that the skips weren't suitable containers for holding the fish after being contacted by a member of the public who had seen dead fish in them.

A spokesman for Brighton and Hove Council said: "We thought we had made good plans and preparations for temporarily storing the fish on-site in specially-insulated skips which were specifically chosen as they are hard to vandalise.

"But freezing weather meant we couldn't refresh the water regularly without causing an ice hazard on the path and cycle track nearby.

"We have been in contact with the RSPCA, to review what happened and have learnt some valuable lessons for the future.

"Staff are very upset as they are keen conservationists and would never have wanted this."