Welcome to week four of the Practical Fishkeeping Aquarist Diploma. This week is all about disease management, and today we're starting with stress and environment. 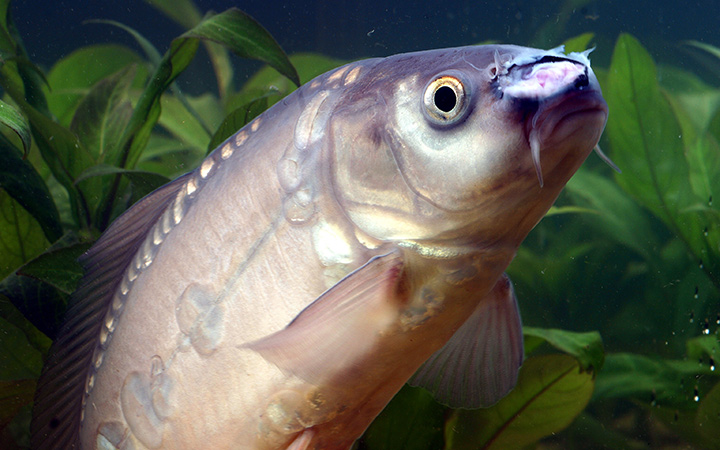 In the fourth week of our Practical Fishkeeping diploma series, we look at the many disease issues that can face our fish, and how to tackle them.

In previous modules, we looked at the many aspects of water, which we’ll be putting to use here in understanding disease causes — water quality, chemistry and disease often go hand in hand.

Understanding disease is essential if we are to avoid rash diagnoses and incorrect treatments. The wrong treatment can be harmful, and you’ll rarely get a second chance to correct any mistakes.

The single, most important message to take away from this section of the diploma is that the overwhelming majority of disease is preventable, and that prevention will always beat trying to cure a disease that has already broken out and established itself.

On hearing the word ‘disease’, most of us instinctively think of infectious pandemics. But disease as a subject is much more complex.

There are infectious diseases. These are the types of disease that involve an active pathogen or parasite — pathogens such as viruses, fungi or bacteria.

There are also non-infectious diseases. These include inherited deformities, genetic abnormalities, physiological defects, dietary deficiencies and (most importantly of all) symptoms directly resulting from environmental problems.

Most disease diagnosis in fish is visual. Fish may exhibit specific or non-specific signs of illness.

Specific signs, or symptoms, are direct and unmistakable manifestations of the illness — such as the white spots during a white spot infestation.

Non-specific signs are the behaviours and bodily changes that indicate a problem without directly revealing a specific illness. These include colour changes, swimming difficulty, failure to feed, shyness, fin clamping, scratching, rapid breathing and so on.

When facing non-specific signs of illness, the priority of the aquarist is to investigate all of the environmental parameters of the tank, including temperature, ammonia, nitrite, nitrate, pH, and hardness, as any incorrect parameters can cause a range of non-specific signs.

Under no circumstances should an aquarist treat fish without a diagnosis based on specific symptoms. Non-specific signs of illness can apply to a wide range of issues, and a treatment based upon these alone will often lead to the wrong medication being used, causing further stress on the fish. 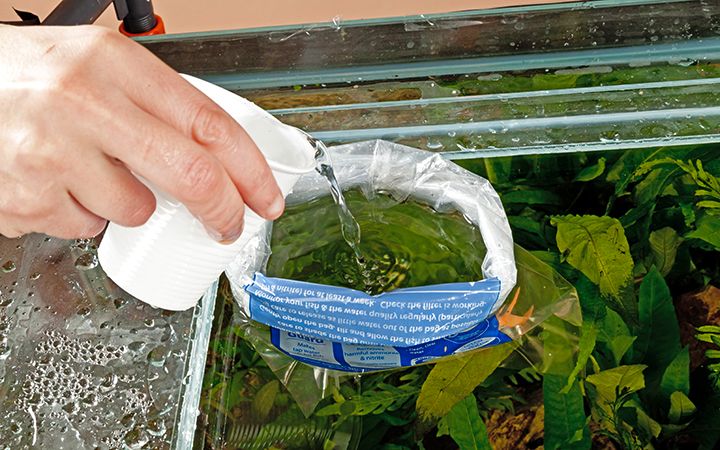 Stress is a major factor of disease. When they become stressed, fish divert energy away from their immune systems, making them susceptible to infectious diseases. Stress is usually an essential part of an outbreak of disease like whitespot and finrot.

Stress can be acute, or chronic. Acute stress, or shock, is the result of a sudden trauma. Poor handling (such as being dropped during capture), exposure to sudden noises (slamming doors, tank slapping), being captured and bagged for transport, being subject to sudden drastic changes in temperature or water chemistry, and exposure to concentrated toxins can all cause acute stress.

Signs of acute stress can include: loss of balance and orientation; immediate lethargy; escape responses, swimming rapidly around the tank or trying to jump out; hiding; intensity of or sudden loss of colour; and even outright death. Symptoms are apparent directly after the cause of the acute stress and tend to wear off gradually as long as the cause of stress is discontinued.

Avoid acute stress with good handling and husbandry, and understanding of the water quality and chemistry needs of fish.

Chronic stress has so many causes that an exhaustive list is difficult. However, typical causes — almost always environmental — can include: incorrect temperatures; elevated levels of ammonia, nitrite or nitrate; incorrect pH; excessively soft or hard water; excess noise in the room housing the aquarium; tapping of aquarium glass; lingering medications such as salt; bullying or intimidation; lack of cover; sexual harassment from a potential mate; and toxins from outside the tank.

Signs of chronic stress are hard to identify in a short timescale. General malaise, weight loss, lack of colouration, poor growth, excess mucus production, ragged fins, a nervous disposition, unusual swimming behaviour or the occasional outbreak of infectious disease and unexplained deaths can all be attributed to chronic stress issues.

Avoiding chronic stress requires an understanding of the habitat and water requirements of individual fish species. 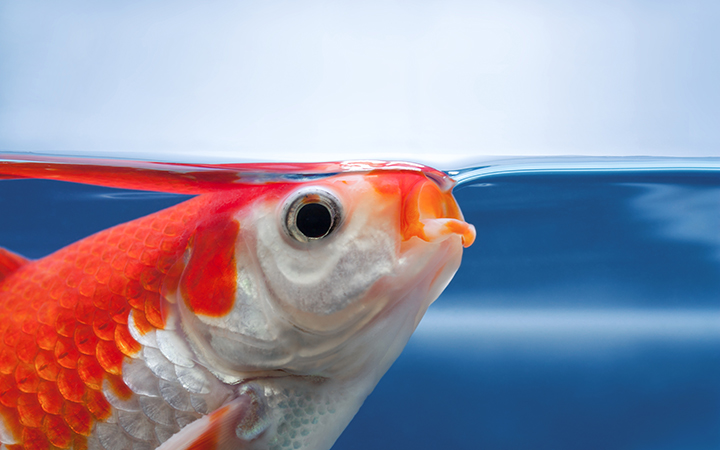 The greatest causative factor of disease is improper water quality management. Some of this was covered in week two of the diploma, but specific problems are recognisable through the following symptoms:

Nitrite poisoning symptoms include red streaks in the fins and skin, gasping at the surface, excess slime, ‘browning’ of the gills, scratching against surfaces, trying to escape the tank, lethargy, and shimmying. Typically, nitrite poisoning is an acute problem.

Causes of carbon dioxide poisoning are linked to incorrect CO2 dosing. CO2 can have a chronic effect of causing kidney damage through calcification, though most problems involve acute poisoning.

Gas bubble disease/gas embolisms symptoms include bubbles physically present in the skin of the fish, sometimes with huge bubbles displacing the eye.

Gas bubble disease is caused by: supersaturation of nitrogen from a faulty pump/filter connection. Rarely, it can be caused by adding excessively cold water during waterchanges. Sometimes, it may be pathogenic, where bacteria get behind the eye and cause a build-up of gas or fluid.

Generic poisoning can be caused by any alien chemical inside or outside the tank. Typical culprits include cigarette smoke, air fresheners, perfume, soaps on hands, cooking fumes, paint, pesticides and residues in buckets used for waterchanging.

Click here for next lesson: Fungal and viral diseases