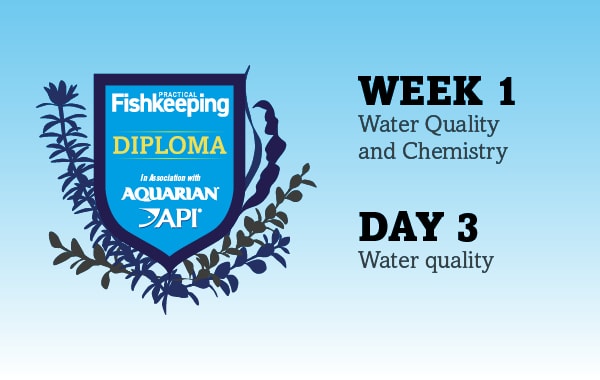 For freshwater aquarium purposes, water quality refers mainly to the chemicals Ammonia, Nitrite and Nitrate. These chemicals are results of the metabolic processes of fish and must be controlled in order for us to keep fish alive. 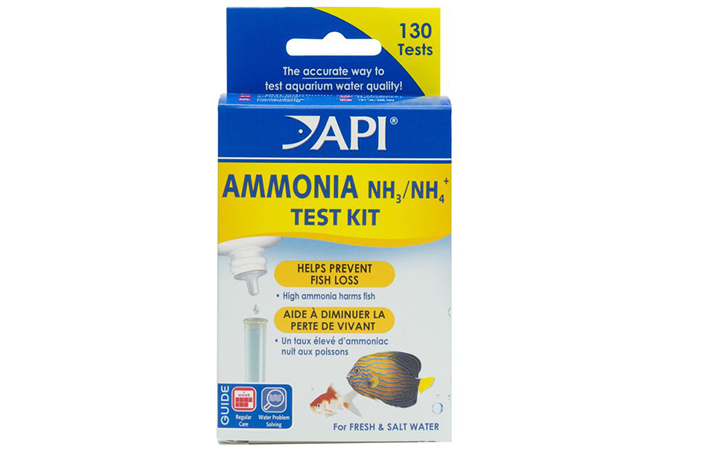 Ammonia is raw fish waste. It is produced by:

Ammonia exists in two forms in aquaria, and those forms are related directly to the pH value of a tank.

When using a test kit, the results will usually show the total ammonia in the tank — the sum of all free ammonia and ammonium combined. Any test for free ammonia requires you to know the temperature and pH of the aquarium being tested, in order to calculate the amount of harmful ammonia present. The following chart shows the ammonia values at a range of pH and temperature values in freshwater. 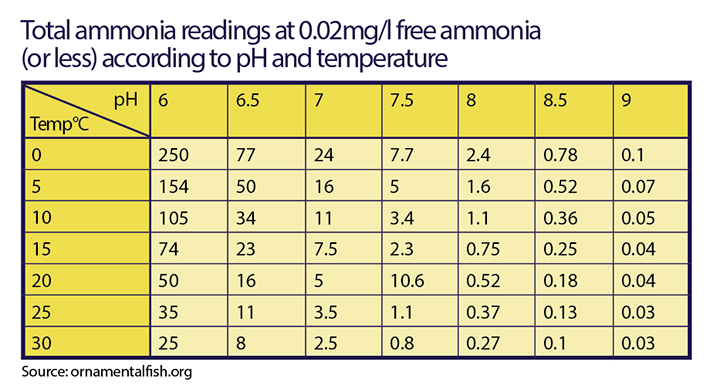 Ammonia toxicity varies from fish to fish but the maximum safe freshwater value as advised by OATA is 0.02mg/l free ammonia, NH3.

Ammonia levels can be reduced in an aquarium by:

Conversion in to nitrite by biological filtration.

Removal of causative factors such as uneaten food or dying plants.

Use of zeolite or other ion exchange resins. 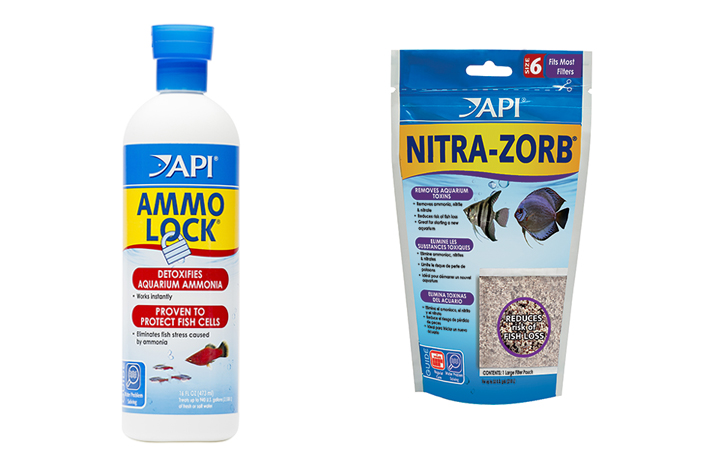 Performing a 25% water change on the aquarium immediately and continue weekly until testing indicates ammonia level is 0 ppm. 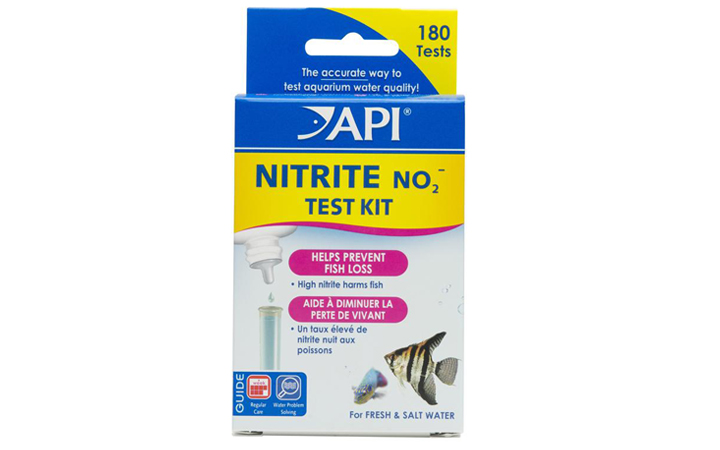 Nitrite is a by-product of the conversion of total ammonia by filters, and is highly toxic in freshwater. Nitrite has the chemical formula NO2, and should not be confused with the similar-looking nitrate, NO3.

Nitrite toxicity varies from fish to fish, but the maximum safe freshwater value as advised by OATA is 0.2mg/l nitrite, NO2.

Nitrite levels can be reduced in the aquarium by:

Conversion in to nitrate by biological filtration.

Nitrite toxicity can be reduced in aquaria by using aquarium salt, NaCl, but this will not reduce the level of nitrite present.

Performing a 25% water change on the aquarium immediately and continue weekly until testing indicates nitrite level is 0 ppm. 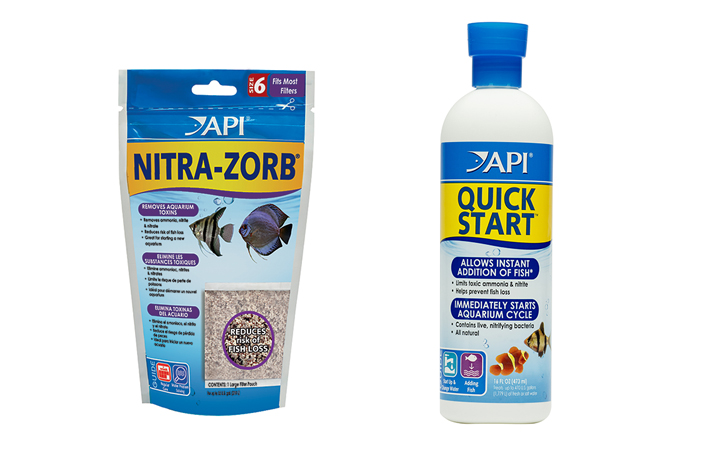 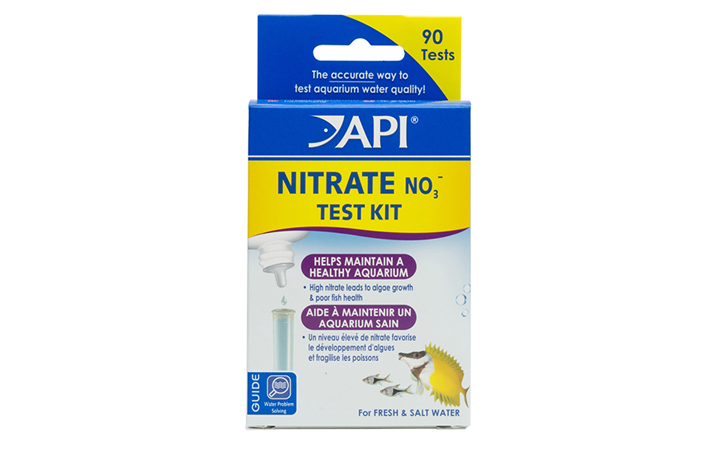 Nitrate is the end product of ammonia and nitrite being successfully converted by aquarium filters. Whilst less toxic than ammonia and nitrite, it is still harmful, especially at elevated levels. High levels are also associated with algae growth in lightly planted tanks.

Unlike ammonia and nitrite, nitrate is often added to aquaria from contaminated tapwater, with concentrations that vary around the UK.

Nitrate toxicity varies hugely between species, but for freshwater aquaria a value of less than 50mg/l is desirable, while any levels over 100mg/l require immediate remedial action.

Nitrate levels can be reduced in the aquarium by: 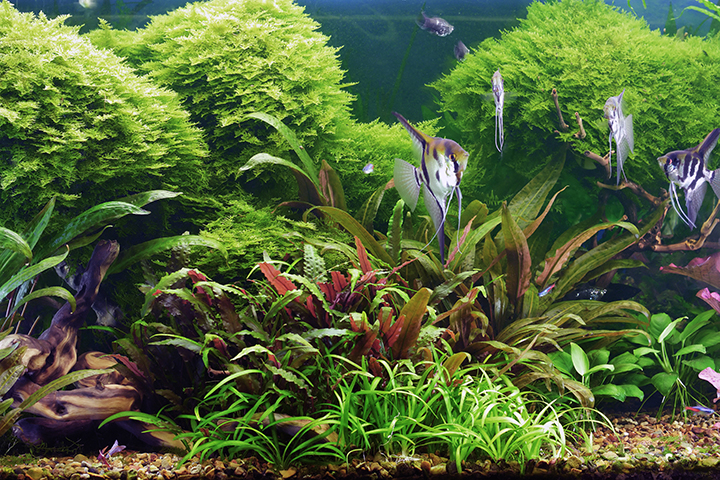 Performing a 25% water change on the aquarium immediately and continue weekly until testing indicates nitrate level is 20 ppm or less. 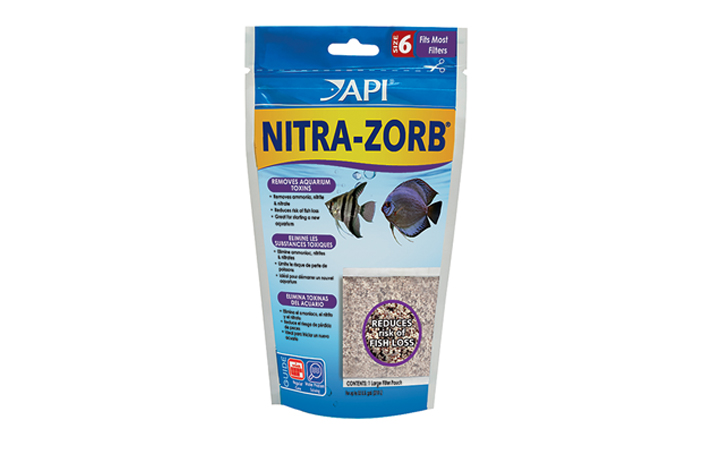