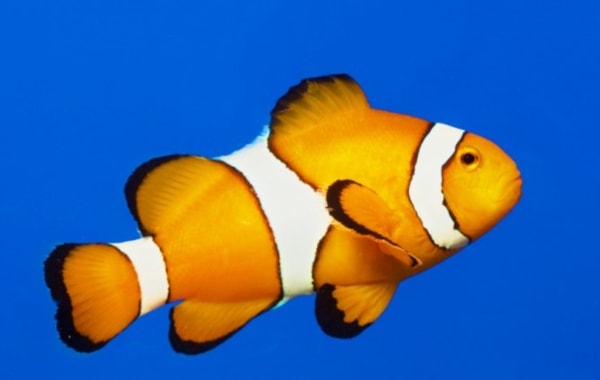 Dave Wolfenden has some advice for a reader who wants to keep a single clownfish in a smaller set-up. Will it stay male or turn into a larger female?

Q. If a clownfish is kept singly, does it remain a small male because there's no other clownfish to trigger a sex change, or does it become female because being an individual, it's dominant? Also, is it cruel to keep one clownfish?

I've always kept them in pairs, but I would like to keep just one black and white Percula in a smaller set-up. What's the minimum size for a single clownfish?

A. Clownfish have a weird sex life, and they’re referred to as protandrous ('male first') hermaphrodites. They all start out effectively as gender-neutral, so they are really neither boys nor girls. They all then develop male gonads, but in a group of clowns, all but two individuals are non-breeders. The most dominant individual in the group develops female gonads and can breed; the next most dominant individual’s male gonads mature, and he too can breed. However, breeding and gonad development is suppressed in all the other fish due to aggressive interactions from the dominant pair. Fish can shuffle up the hierarchy if one of the dominant pair is removed. For example, the dominant male will become a girl if the dominant female is removed, and the most dominant of the other males will become the breeding male — it’s complicated!

We still don’t fully understand the mechanism of this bizarre strategy, but the aggression from the dominant pair appears to influence hormone levels in the subordinates and in turn this affects gonad development as well as growth of the fish (subordinates remaining smaller than the larger dominant male and even larger female). In situations where a single clownfish is maintained on its own, the social interactions to suppress development aren’t there, so they will tend towards becoming female.

Whether keeping a solitary clownfish is cruel or stressful is difficult to answer. Stress is actually a natural part of clownfish life, thanks to the intense, relentless social interactions which maintain the group dynamics. But this a normal part of their behaviour, and if we wish our animals to show the most natural behaviours possible, there’s a case for keeping them in social groups which allow them to do what comes naturally.

I’d suggest that the best way to keep your clowns is in a pair (trying to form larger groups in the aquarium can lead to a lot of aggression and the dominant fish can kill subordinates). A pair will need around 120 l/27 gal. Select fish wisely. Fully-grown specimens can be a recipe for disaster; instead, introduce two small fish which should not have yet reached sexual maturity. They can then pair up naturally and establish themselves.

Captive bred individuals are readily available, and I’d definitely recommend these over wild caught. Whatever you go for, be sure to quarantine them for 30 days prior to introduction to the aquarium, as parasitic diseases such as Brooklynella can be a real problem with clownfish.