Why is my female Krib so aggressive? 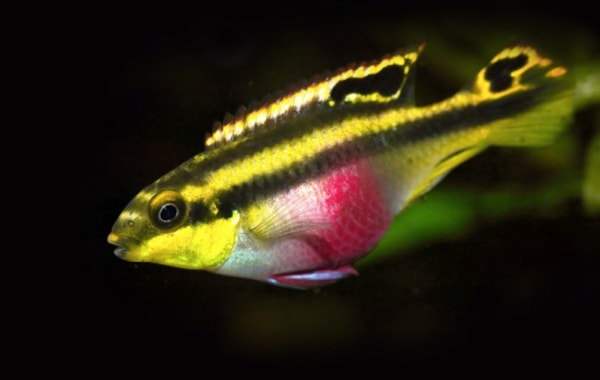 Neale Monks offers some advice to a reader whose Kribensis keeps attacking her mate.

Q. Four months ago I bought a pair of Kribensis, hoping to breed them. The fish in the shop tank were in pairs, but the two fish I got were from two different pairs, and the male is slightly smaller than the female. However, since day one all the female seems to want to do is chase the other fish in the tank, especially the male Kribensis. The second she sees him she zooms after him, and his tail is now in shreds (although he is otherwise healthy). The other fish in the tank are danios and Red eyed tetras.

There are a few caves in the tank, and all the fish are well fed and healthy. Why is this happening and how can I solve it? I would still really like to breed these cichlids.

A. Pelvicachromis species such as Kribs are unusual among cichlids in that both females and males claim their own territories. In the wild, what is supposed to happen is that each female holds a small territory, and within that territory will be a cave or burrow where she keeps her eggs or fry.

Males hold bigger territories that usually include those of several females. He drives away rival males and presumably any potential predators that might eat eggs or fry, but he doesn’t otherwise get too involved in rearing his offspring. In short, Kribs are what are called 'harem spawners', named after the idea of exotic kings who maintained harems of many wives.

In aquaria, Kribs have turned out to be very adaptable and can work as pairs without problems. But usually, what you see is that the female is the more territorial of the two, and often after they have spawned, the female actually drives the male away from her burrow or cave and only allows the male back once the eggs

As the days pass, she becomes a bit more trusting, eventually letting the male look after the fry while she goes off to feed; but I’ve always got the impression that in Krib relationships, it’s the females that call the shots! If she decides to rear the fry on her own then that’s what she’ll do, and the male better have somewhere to hide when she’s feeling protective!

For best results with Kribs, make sure they have lots of hiding places, particularly caves. Each fish wants its own territory, and it may take some time for them to decide to join forces and protect a single cave. Sturdy plants like Anubias and Java ferns can be very useful for creating territorial boundaries. Sometimes you can reset things by moving all the rocks and plants about, forcing the male and female to re-evaluate each other; and if you’re lucky, fish that didn’t get along before might even start being nicer to each other.

If the worst comes to the worst, you could try swapping this male for another one. It may simply be that they aren’t compatible and she’s not willing to accept him.