Why do our goldfish keep dying? 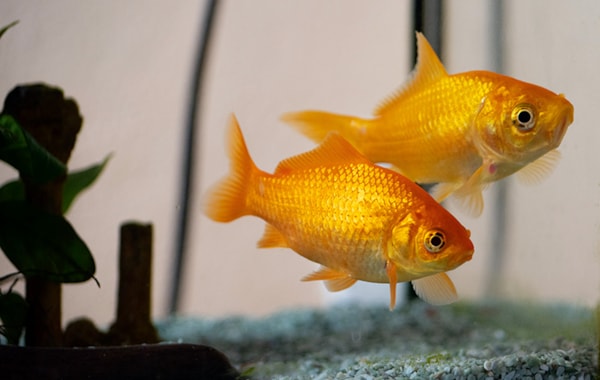 Jeremy Gay investigates the reasons a reader's daughter may be losing her goldfish.

Q: My daughter has a 120cm long fish tank and for the past year has been unable to keep two goldfish alive and well for any longer than three months. The tank lives in her bedroom and she turns the pump off every night as she cannot sleep with it on. Last time the fish died (in June), she had cleaned all the gravel and the tank and filled it with water and left it for over a week before she added one fish — a small Shubunkin — then another fish of the same type and size.

In case the problem was due to overfeeding she reduced this to a feeding of flake food every other day. She regularly checks the pH, nitrite and nitrate levels and carries out a partial water change every week or so. What is she doing wrong? Please help as she is beginning to lose heart.

A: Jeremy replies: The first big warning bell for me is that the pump is turned off every night. Is it an air pump or a water pump? And is it running the filter? All pumps should run for 24 hours per day and if the noise is unbearable I would look to move the aquarium to another room.

So my first suspicion is poor water quality as a result of the pump being turned off. If it’s an air pump that is being turned off and the filter is separate, I would still want to see the water test results. Was ammonia tested for?  That’s the most toxic and the most lethal to fish. If so, what exactly were the results for ammonia and nitrite? Were they low or were they at zero? Did you get a second opinion from another test kit or from someone in an aquatic store? What was the ammonia level on the day the fish died? Water quality is by far the biggest killer of fish so without seeing test results I suspect that poor water quality was the cause. Feeding every other day is very conservative so I doubt overfeeding caused the deaths, unless ammonia and or nitrite were already high at the time.

If water quality was the cause then stripping the tank and starting again may have made it worse, repeating the new tank syndrome that killed the first fish.

The lack of air at night is concerning, but the surface area of a 120cm tank with just two small goldfish should be plenty. In any case, keep the filter outlet at the water surface, making ripples, to increase the oxygen content.

After water quality and oxygen, my next instinct would be to point the finger at disease. The fish may have come in with parasites which they later succumbed to, and if the separate batches of fish came from the same source and even the same tank it could be what killed all of them. How were they in the days before death — was there any body slime, clamped fins, red marks, fin or mouth erosion, or white spots, for example?

The most stubborn goldfish parasites are flukes and few everyday fish medications seem effective on them. I arm myself with Praziquantel and haven’t lost a goldfish in years, but I used to lose new stock before I started using it.

After that, we have to look to other possibilities such as perfumes, sprays, scented candles, pet flea treatments and other random outside sources that may not show up on a water test kit but may have poisoned the fish somehow, or maybe even an obscure item of tank décor leaching something toxic.

But my gut still says water quality. With an adequately sized, mature filter, your daughter should have been able to keep two small goldfish in a tank of that size without any problems.