What is this mystery fish? 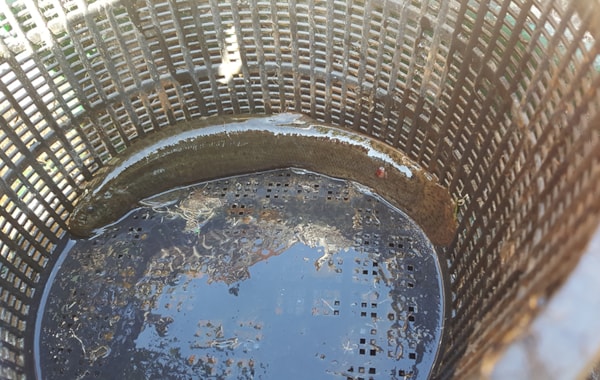 Jeremy Gay shares his advice to a PFK reader who has found a mystery fish after dismantling an old above-ground pond.

Q) I’ve just dismantled an old above-ground pond which has not had fish in it for about six years and was overgrown with weeds. I drained it, knocked the walls down and was shoveling the mud out of the bottom when a fish wriggled out of the mud. I seem to remember my son bringing home a small fish given to him by a friend and putting it in the pond, never to be seen again. Can you tell me what it is and what I can do with it? It’s currently residing in a bucket. It must have been in the pond for almost 20 years and is about 22cm long.

A) JEREMY GAY SAYS: The fish is a Weather loach, Misgurnus anguillicaudatus, and the same thing has happened to me on two occasions. The first discovery was a huge specimen I found when digging out an old, disused undergravel filter bed in the bottom of a pond, and the second was in my own childhood pond when, years after we thought all the other fish had died and disappeared, this black, snake-like, mini ‘Loch Ness monster’ would be seen to ripple the surface every so often. When I dredged the pond I found it living in about 30cm of black, anaerobic muck at the bottom.

They survive because they can breathe air, predators like herons can't see them, and once all and any other fish are gone, a weedy, leaf litter filled, abandoned pond will be full of invertebrate life on which they can feed.

Your loach is going to need another mature pond to live out its days in, or a large unheated aquarium, but if you opt for a fish tank, do put a cover on it and plug the gaps in the corners of the cover glasses, as these loaches are known to jump or slither out and escape.