What are these bugs? 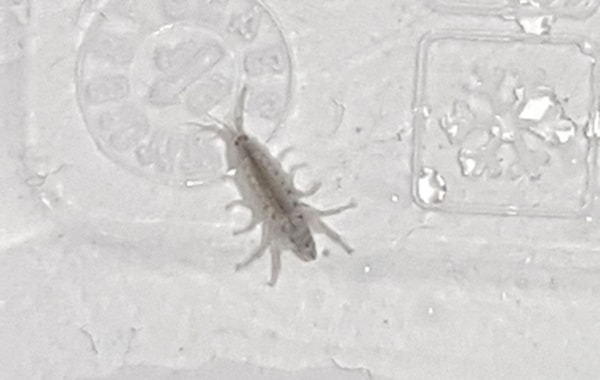 Neale Monks gives his advice to a reader who has discovered some little creatures swimming about the gravel in his aquarium.

Q) I have recently set-up a new aquarium with Endlers livebearers, some green Babaulti shrimp, Christmas moss and Moss balls, but I have discovered some little creatures swimming about the gravel. They go frantic if any light is shined on them and hide under anything they can. I’ve caught two so far and I have included a picture of the larger one, which is about the size of a baby shrimp. I have had a look through the usual aquarium pests but I have been unable to identify them, so any help would be much appreciated. Are they a threat to small shrimp or fry?

A) NEALE MONKS SAYS: Your little creatures are amphipods. They are similar to isopods (the group of crustaceans that includes woodlice) in being small, with segmented shells and numerous similar legs underneath. But unlike isopods, amphipods are flattened from side to side. The last few segments of the animal are somewhat folded underneath the abdomen, and by rapidly flicking this section of their body, the animal can quickly swim away from danger.

Otherwise, amphipods are typically associated with the substrate, either burrowing into the sediment or using their flattened body shape to squeeze into cracks underneath rocks, plant roots, and so on.

Their preference for dark crevices is why yours become so active when light is directed at them. In the wild these shrimps are favoured prey for all sorts of fish, so amphipods very much rely on staying hidden away from potential predators. Most species are nocturnal, only emerging from their hiding places during the relative safety of the night, but even then, night-active fish such as loaches would very much treat amphipods as a tasty meal.

There are thousands of amphipod species, and while some marine species are parasitic, yours are completely harmless scavengers. They don’t often last long in aquaria, British species adapting poorly to high temperatures (and low oxygen) and the many fish species that tend to view them as food.

Amphipods are often rather sensitive with regard to water quality and oxygen, which is why they make good ‘indicator species’ when monitoring rivers and ponds.