Should I add a mate for this grumpy gourami? 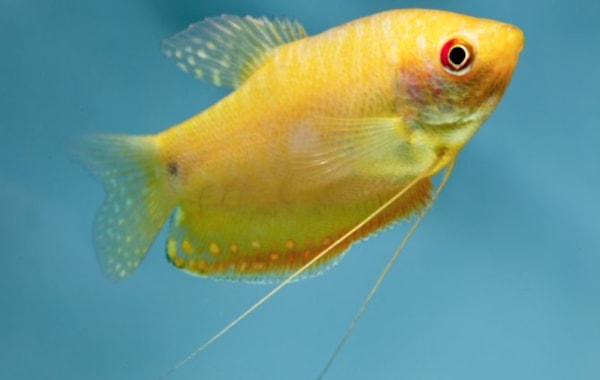 Bob Mehen has some advice for a reader whose gourami has turned into a bit of bully.

Bob Mehen has some advice for a reader whose gourami has turned into a bit of bully.

Should I get him another mate or will he attack that too? Is there anything I can do to calm him down?

The tank has Harlequins, platies, Corydoras catfish and Black neon tetras that are all a lot smaller than him. Will adding a bigger fish solve the problem?

A. Grumpy Golden gouramis are sadly a common problem as you are finding out. They are a selectively bred colour form of the Three-spot gourami, Trichopodus trichopterus, which is also available in the 'Opaline', blue and albino forms. Regardless of colour, these fish have an often-deserved reputation for aggression. Kept in larger groups or among equally robust fish species, this is not always a problem, but in the confines of a smaller aquarium among more peaceful tank mates, they can become a real terror.

It seems that the death of the other gourami has either left the remaining fish in a frustrated rage or simply without another similar sized tank mate to keep it in check. Adding more of its species may help but is not without risk as they could potentially be singled out for more aggression, as the existing fish will consider the tank his or her ‘patch’. If you are sure the current fish is a male (mature males are larger, slimmer and have a pointed dorsal fin) then adding a couple of females is your best bet, but be prepared to intervene and remove either him or them if things get too rough.

Rearranging the tank décor and breaking up lines of sight with plants, rocks or wood etc. before adding the new fish may help prevent your existing one feeling quite so sure of himself, allowing the females to settle and be more easily accepted.