How do I safely cycle this larger set-up? 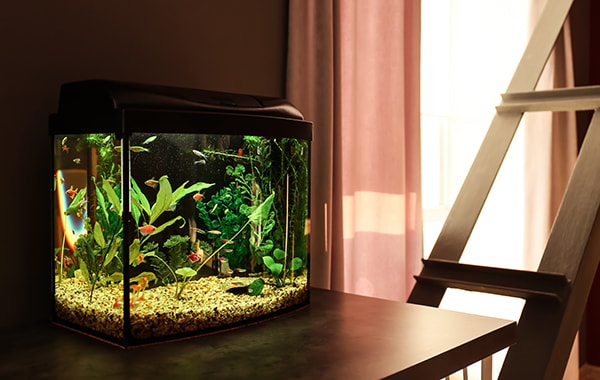 One PFK reader would like to know the quickest way to get his new tank safely cycled and the fish moved. Bob Mehen gives his advice...

Q) I am currently upgrading my 95 l aquarium with an internal filter to a 300 l aquarium with an external canister filter. Please could you give me some advice on the quickest way to get the new tank safely cycled and the fish moved?

A) BOB MEHEN SAYS: Cycling your tank isn’t really going to be a problem here because you already have an aquarium. So what you want to do is clone your existing biological filter. All that means is getting the bacteria from your current filter into the new one. The easiest way to do that is simply carry the biological media across. So, if your current filter has sponges or ceramic noodles somewhere in its filter, pull those out and put as much of this mature media into the canister filter that comes with the new aquarium. It doesn’t need to be a perfect fit; if the mature media is only wedged into the new filter somewhere, and perhaps doesn’t completely fill a compartment, that’s fine. The bacteria will spread across happily enough. Theoretically, this colonisation process should probably only take a couple of weeks, but I’d leave the old media inside the new canister filter for about 4–6 weeks.

Obviously, you will need to have fish in the new tank as well. If you’re carrying across the livestock from the 95 l tank into the 300 l set-up, and move at least half the existing mature filter media into the new tank’s canister filter, you should detect no increase in either ammonia or nitrite. The fish will probably be happier than ever, having more space and experiencing a slower increase in nitrate between water changes.

In cases where it isn’t possible to move mature filter media from one filter to another, perhaps because the older filter has a design that means the media won’t fit into the new one, it’s best to connect both filters and leave them running, in tandem, for at least 4–6 weeks. The bacteria will spread from the old to the new filter, and the fish should experience no increases in ammonia or nitrite. After six weeks you can safely disconnect the old filter.